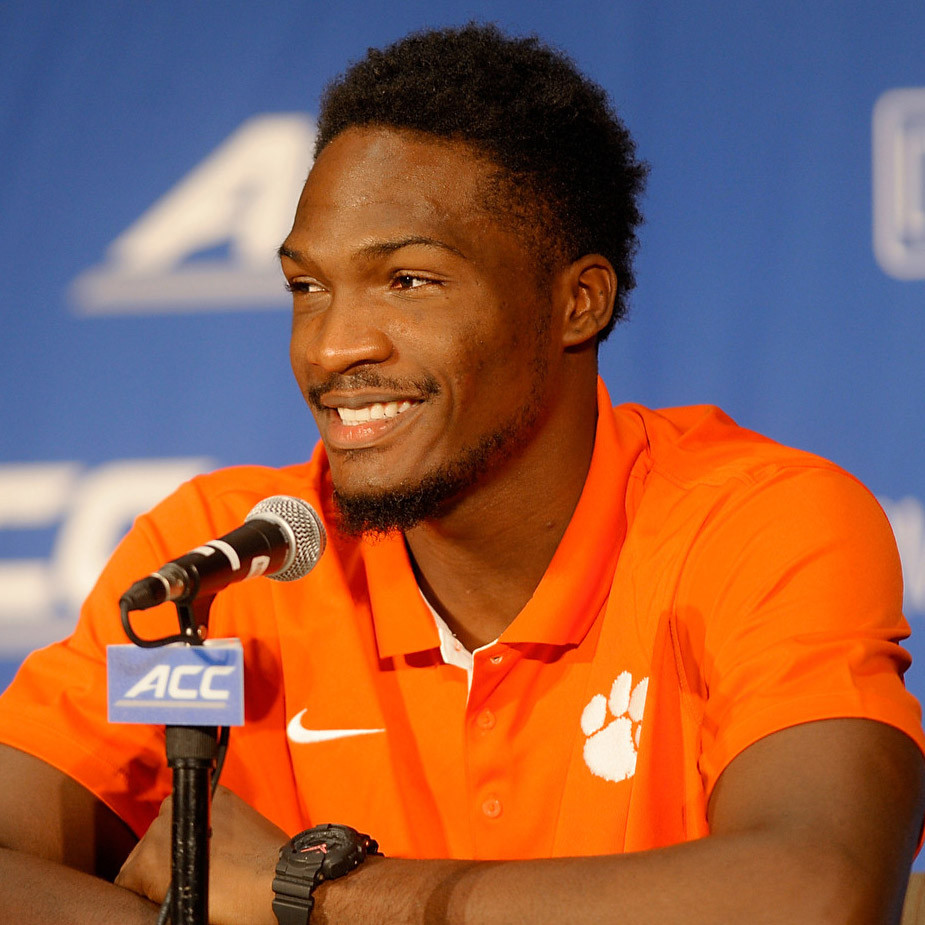 CHARLOTTE — It’s ACC Media Day at the Westin, and head coach Brad Brownell and players Rod Hall and Landry Nnoko are running the gamut of preseason interviews in preparation for the 2014-15 men’s basketball season.

Brownell spent the morning at ESPNU headquarters on the southside of town, while Hall and Nnoko were downtown answerings hundreds of questions from print, eletronic and television media. Following a lunch break, the two parties swapped places and Brownell took questions from the news media while Hall and Nnoko got backstage access to ESPNU and even ran through the Tigers’ patented ball pressure defense with noted players-turned-commentators Shane Battier and Jay Williams.

Click the video above to hear from radio play-by-play voice Tony Castricone, who was on hand as Hall and Nnoko wrapped up their lengthy session of interviews this morning.

Despite a 23-13 overall record and 10-8 ACC mark in 2013-14, the Tigers were predicted to finish 11th by the media in attendance Wednesday. Duke was the favorite to bring home the ACC title, finishing with 41 first-place votes out of 65 ballots. The Blue Devils were followed in the top five by North Carolina, Louisville, Virginia and Syracuse.

Without a doubt, the biggest question the players and coach received all day was the absence of departed junior K.J. McDaniels, who was first-team All-ACC a season ago after averaging 17 points per game and leading the league with 100 blocked shots. (By the way, McDaniels is expected to see significant minutes in the Philadelphia 76ers’ 2014-15 season opener Wednesday).

Brownell’s team does return four starters, including Hall and Nnoko. The other two starters back are starting two-guard Damarcus Harrison and power forward Jaron Blossomgame. The core four, plus veteran guard Jordan Roper, give the Tigers a solid nucleus entering 2014-15. The season opens Nov. 14 at home against Florida A&M.

[View the story “#ACCMediaDay” on Storify]