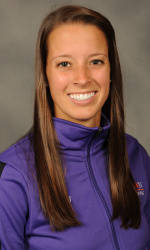 CORAL GABLES, FL – The Clemson women’s swimming and diving team edged Miami (FL) 125-116 in a dual conference meet on Saturday morning in Coral Gables. The Tiger women improved to 4-2 overall and 1-1 in the Atlantic Coast Conference with the victory.

“This is a great ACC win for our women,” Head Coach Christopher Ip said. “The meet was very close and our competitive spirit came through. Many women had to compete in back to back events to solidify the victory.”

The Clemson men competed as well, as the meet represented an opportunity to get several individuals into each event. Chris Dart picked up victories in both the 200 IM (1:56.52) and the 100 back (52.28).

The Tigers will return to the pool on Monday, January 16, when they will travel to Chapel Hill, NC to face the North Carolina Tar Heels at 11 a.m.