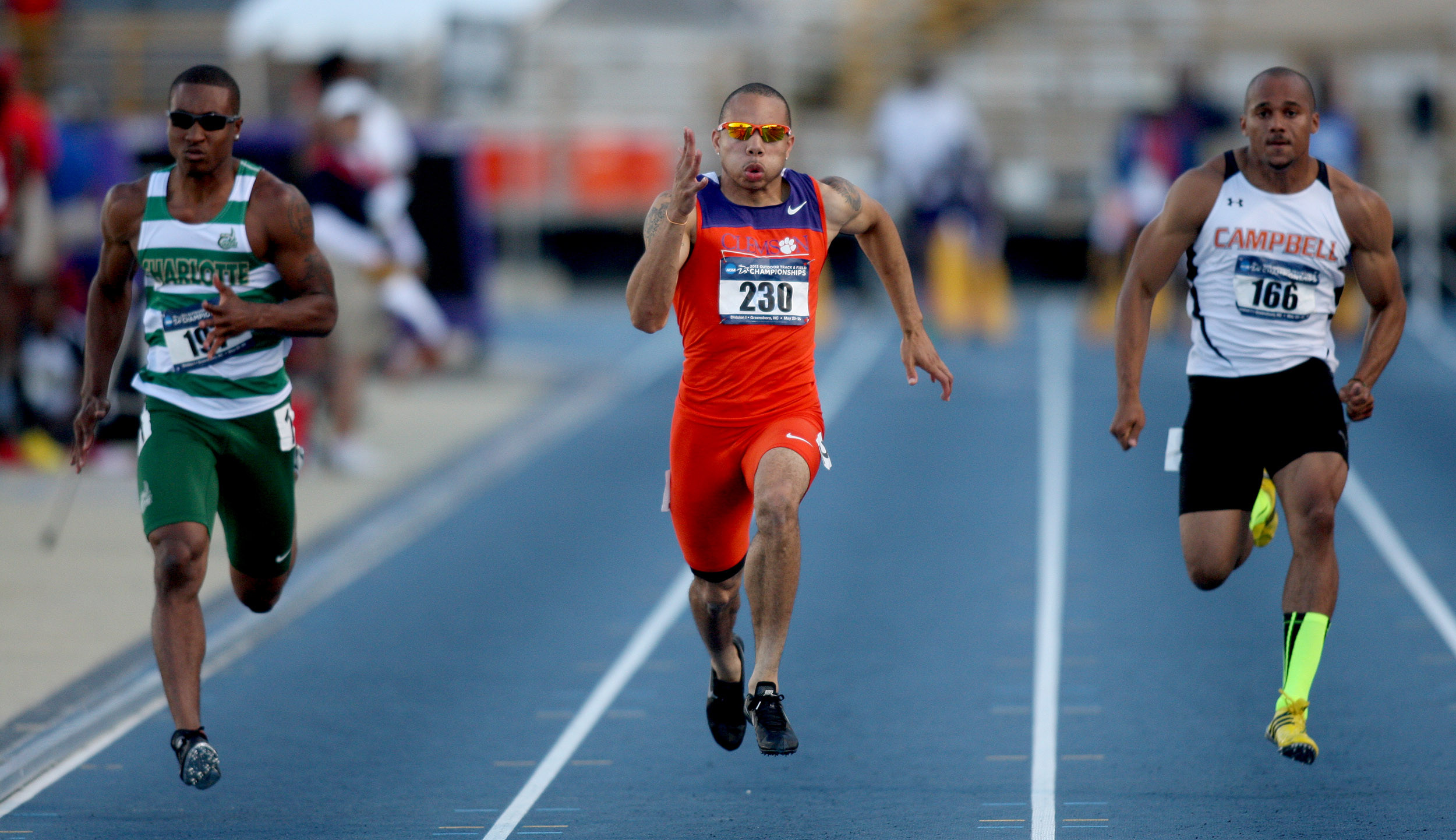 CLEMSON, S.C. – Two current members of the Clemson men’s track & field program are scheduled to compete in the USA Outdoor Championships this week, while two female athletes that are eligible in 2014-15 are competing in the Jamaica Championships during the same time frame.

Tevin Hester and Reggie Lewis of the Tiger men’s team qualified for the 100-meter dash in Sacramento, Calif. The two are scheduled to run on Thursday, June 26 in the qualifying round. The semifinals and finals are Friday, June 27.

Natoya Goule, a redshirt this past season, and Samantha Elliott, a newcomer in 2014-15, are both headed to Kingston, Jamaica to compete in their home country. Goule runs the 800 meters on Saturday, June 28. She is the defending national champion in the event. Elliott, multiple-time National Champion in Division II at Johnson C. Smith in Charlotte, N.C., is set for both the 100 hurdles and 400 hurdles. She gets started Thursday in the 400 hurdles. Jamaica’s 100 hurdles are held Sunday, June 29.

Three former Clemson athletes join Hester and Lewis at the USA Championships in Sacramento. Defending USA Champion Brianna Rollins looks to earn consecutive titles in the 100 hurdles. Prelims are set for Friday, with semifinals and finals on Saturday. Spencer Adams is entered in the men’s 110 hurdles, which start with the qualifying round on Saturday. The third member is 2012 senior April Sinkler, one of Clemson’s most decorated ACC Champion athletes. She is scheduled for the triple jump Thursday.