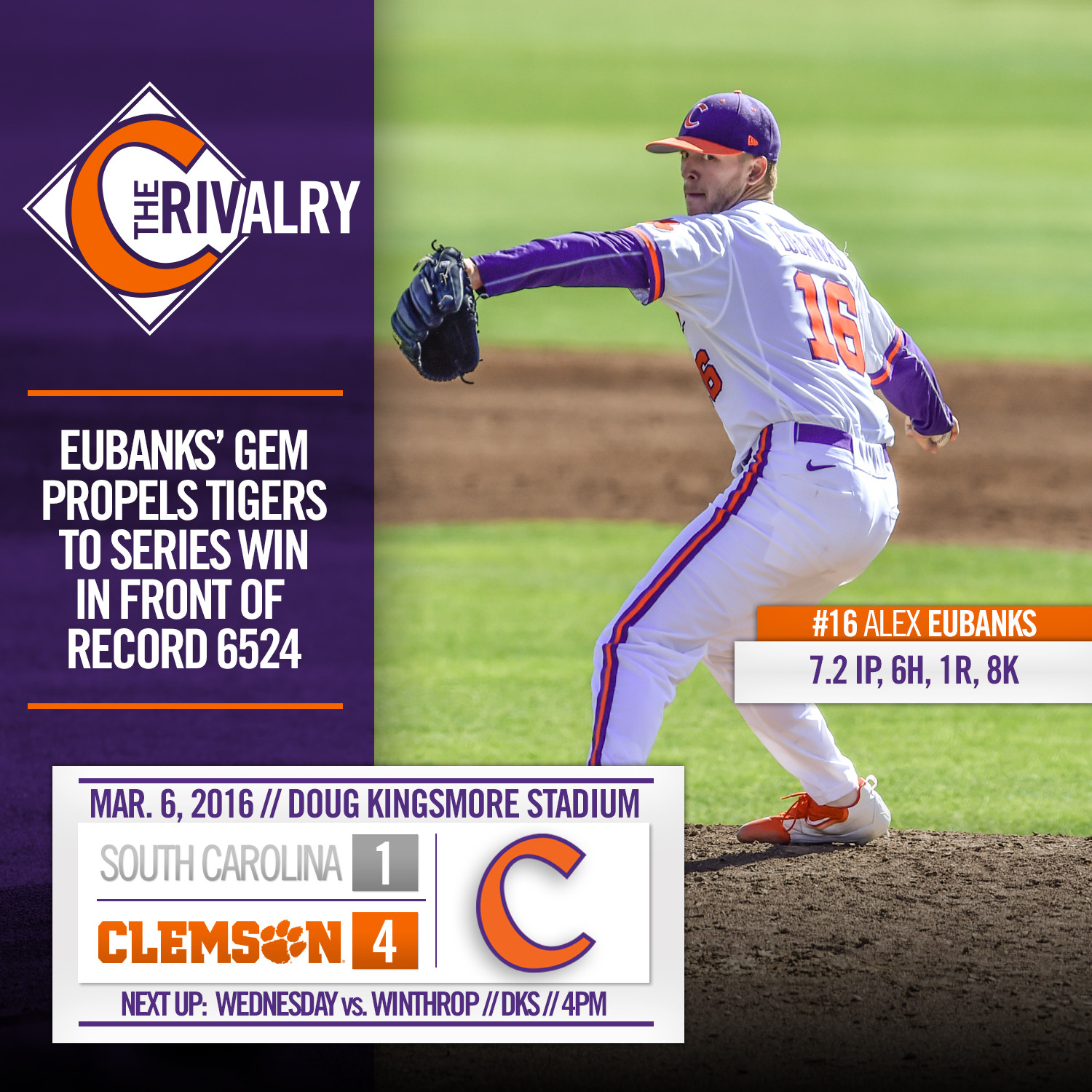 CLEMSON, S.C. – In his first career start, freshman righthander Alex Eubanks tossed 7.2 strong innings to lead Clemson to a 4-1 victory over No. 18 South Carolina in front of a stadium record crowd of 6,524 at Doug Kingsmore Stadium on Sunday afternoon. The Tigers, who won the series 2-1, improved to 8-2 on the season, while the Gamecocks dropped to 10-2.

Eubanks (2-1), a native of Moore, S.C., earned the win by allowing just six hits, one run and one walk with eight strikeouts. Alex Bostic pitched the final 1.1 innings to record his first career save. South Carolina starter Taylor Widener (0-1) suffered the loss, as he gave up four runs on four hits in 3.0 innings pitched.

The Tigers return to action on Wednesday when they host Winthrop at Doug Kingsmore Stadium at 4 p.m. It’s BOGO Wednesday, as fans can buy one regular-price ticket and get one of equal value for free. Fans can also purchase four tickets and a $10 concession voucher for only $30, and hot dogs are available for only $1. Live video is available for free on TigerCast at ClemsonTigers.com as well.