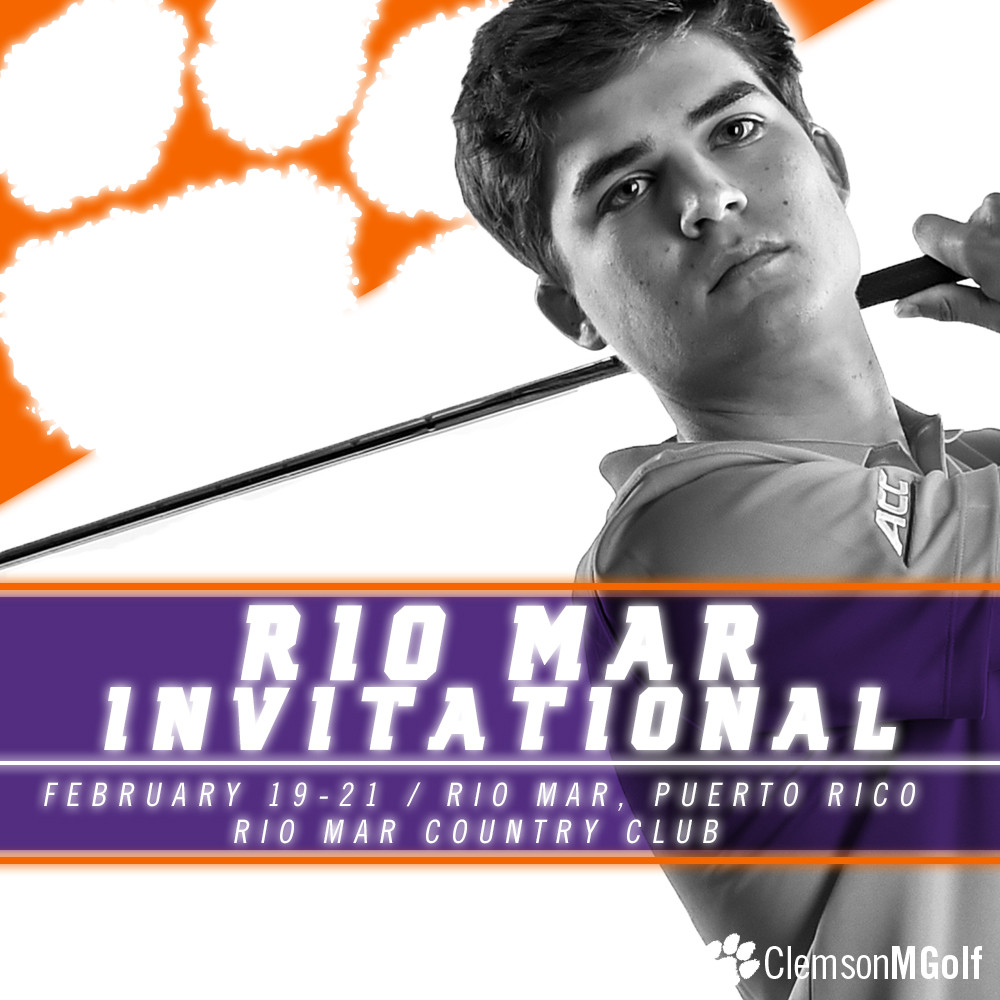 Clemson, S.C.—The Clemson men’s golf team returns to the course to open its spring season in Puerto Rico on Sunday. The Tigers will be one of 15 teams in the field at the Rio Mar Puerto Rico Classic in El Grande, Puerto Rico. The three-day, 54-hole event will be played at Rio Mar Country Club.

Clemson has won the event just once, in 1999, when the Clemson lineup featured future professionals Jonathan Byrd, Lucas Glover and John Engler. But the Tigers have finished second nine times, including last year when All-American Stephen Behr finished fourth individually with 210 score.

Clemson will bring two seniors, a junior, a sophomore and a freshman to Puerto Rico this weekend.   Clemson is led by freshman Doc Redman who had a 70.13 stroke average for 15 rounds in the fall. He won two events, including the Ka’anapali Classic in Hawaii by six shots, the largest margin of victory for a Clemson golfer in history.

Bryson Nimmer had a 71.00 stroke average in the fall for his 15 rounds that included four rounds in the 60s and six rounds under par. The sophomore finished fifth at the Carpet Classic to open the fall season and finished the fall with a 65 in the last round in Hawaii, helping Clemson to the team title after trailing by 12 shots entering the final round.

Seniors Carson Young and Austin Langdale start their final semester in the Clemson lineup this Sunday. Young had a 71.73 stroke average in the fall with four top 25 finishes, while Langdale played in just two tournaments after recovering from summer shoulder surgery. Langdale will be playing in the 30th tournament of his career and he enters with a 72.60 stroke average, best among active Clemson golfers.

Josh Fickes won a team qualifier to get the fifth spot for this tournament. The junior played in four tournaments in the fall and has a 75.17 stroke average. Peter Mathison and William Nottingham will play in the tournament as individuals.

Clemson had a strong fall and ranks 20th in the Golf Coaches Association Coaches Poll.   The Tigers had a pair of team wins in he fall, the Jackrabbit in Nebraska and the Ka’anapali Classic in Hawaii.    Clemson had a 54-23 record against the field for the five events.