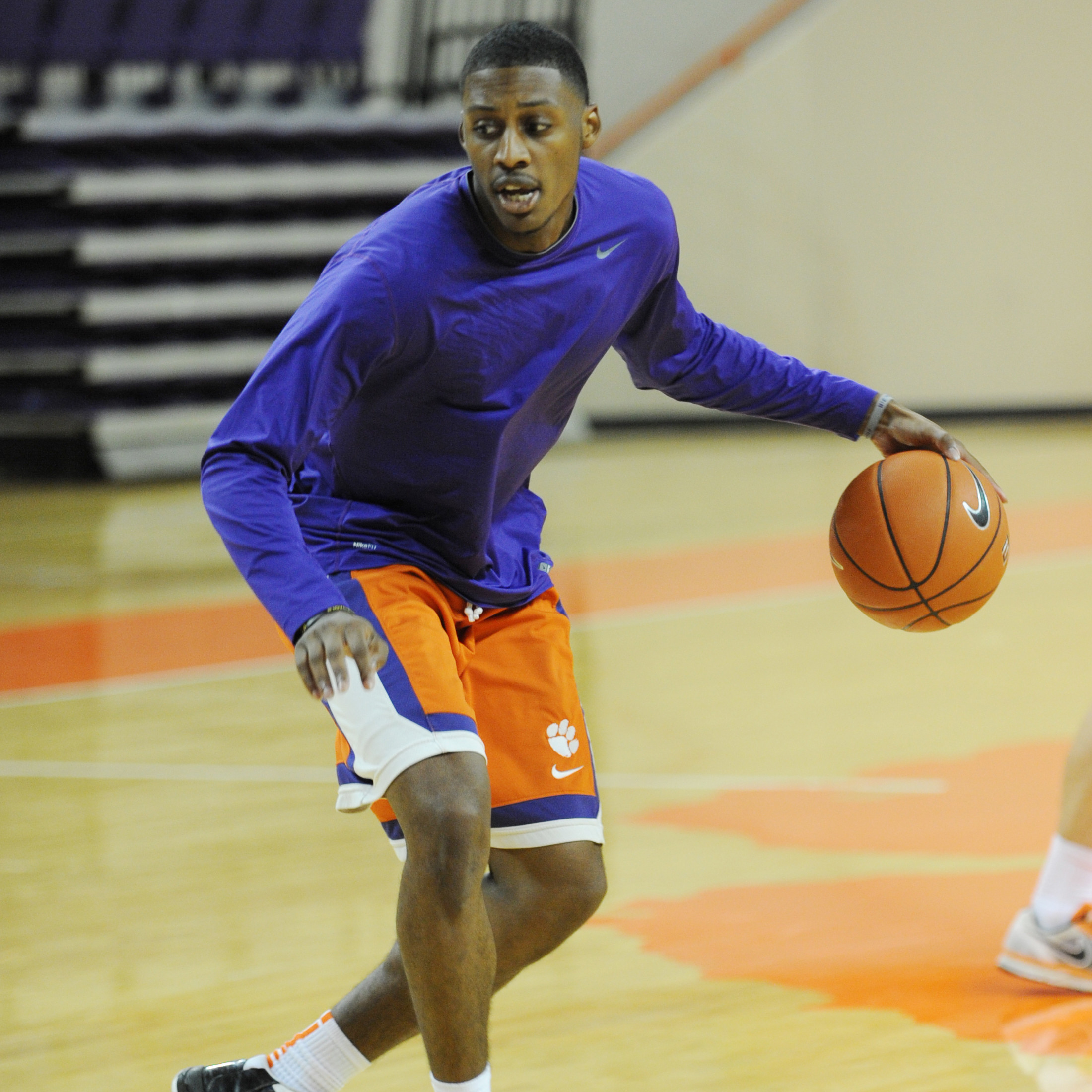 CLEMSON, S.C. – Men’s basketball officially gets underway Sunday with a two-hour practice, Clemson’s first in preparation for the 2014-15 season. The Tigers have been preparing for practice with individual and team workouts over the last month. The team’s annual preseason tipoff event, Rock the ‘John, is set for Friday, Oct. 10. The Tigers hold their only public exhibition against Anderson on Saturday, Nov. 8 before opening the regular season against Florida A&M on Friday, Nov. 14.

“To get everyone together at the beginning of the season brings a new level of excitement and enthusiasm,” said head coach Brad Brownell. “We’ll be detailed with how we teach and break down our offense and defense. We’ll work to develop leaders in our program and set up our competitive spirit. You learn a lot about your team in the first month leading up to the season.”

The Tigers return four starters and eight lettermen from last season’s 23-win team. Clemson advanced to postseason play for the first time since 2011 and made it to New York City for the semifinals of the National Invitation Tournament. The Tigers jumped 122 spots in the RPI from the previous season and finished with a 10-8 record in conference play.

Rod Hall returns to anchor the Tiger team, which must replace leading scorer and rebounder K.J. McDaniels who declared early for the NBA. Hall averaged a career-high 9.7 points per game last season and was in the top 10 of the ACC in assists per game and assist-to-turnover ratio. He is joined in the starting backcourt by Damarcus Harrison, who averaged double figures over the final 12 games of the 2014-15 season.

The returning starter at power forward is Jaron Blossomgame, who averaged 4.9 points and 5.0 rebounds per game as a redshirt freshman. Manning the middle again will be Landry Nnoko, the ACC’s leading returning shot-blocker.