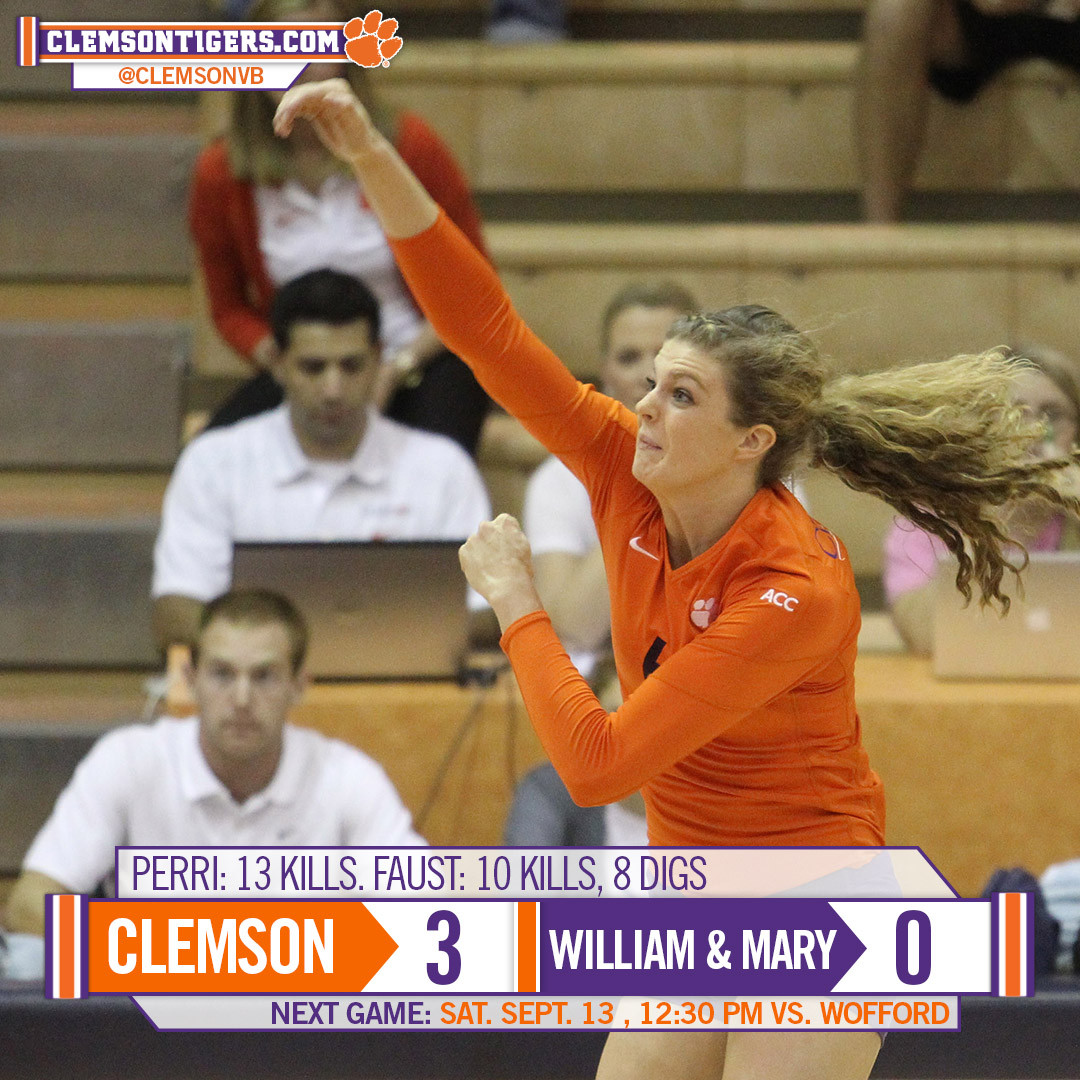 Clemson held the Tribe to a .094 hitting percentage on the match. Senior Niki Collier posted 10 digs and Kristin Faust added nine to the defensive effort.

Leah Perri led all hitters on the floor with 13 kills and Faust was second with 10. Beta Dumancic hit .444 on the night with five kills on just one error in nine attempts. Freshman Kate Federico, who entered the match fifth in the ACC in assists per set, tallied 34 and put down five kills.

Clemson takes the court again at 12:30 p.m. on Saturday against Wofford before taking on Tennessee State at 7 p.m. in the tournament finale. All Clemson matches are free and open to the public. The matches will also be broadcast live for free via TigerCast on ClemsonTigers.com. In addition, fans can follow @ClemsonVB on Twitter for periodic match updates.