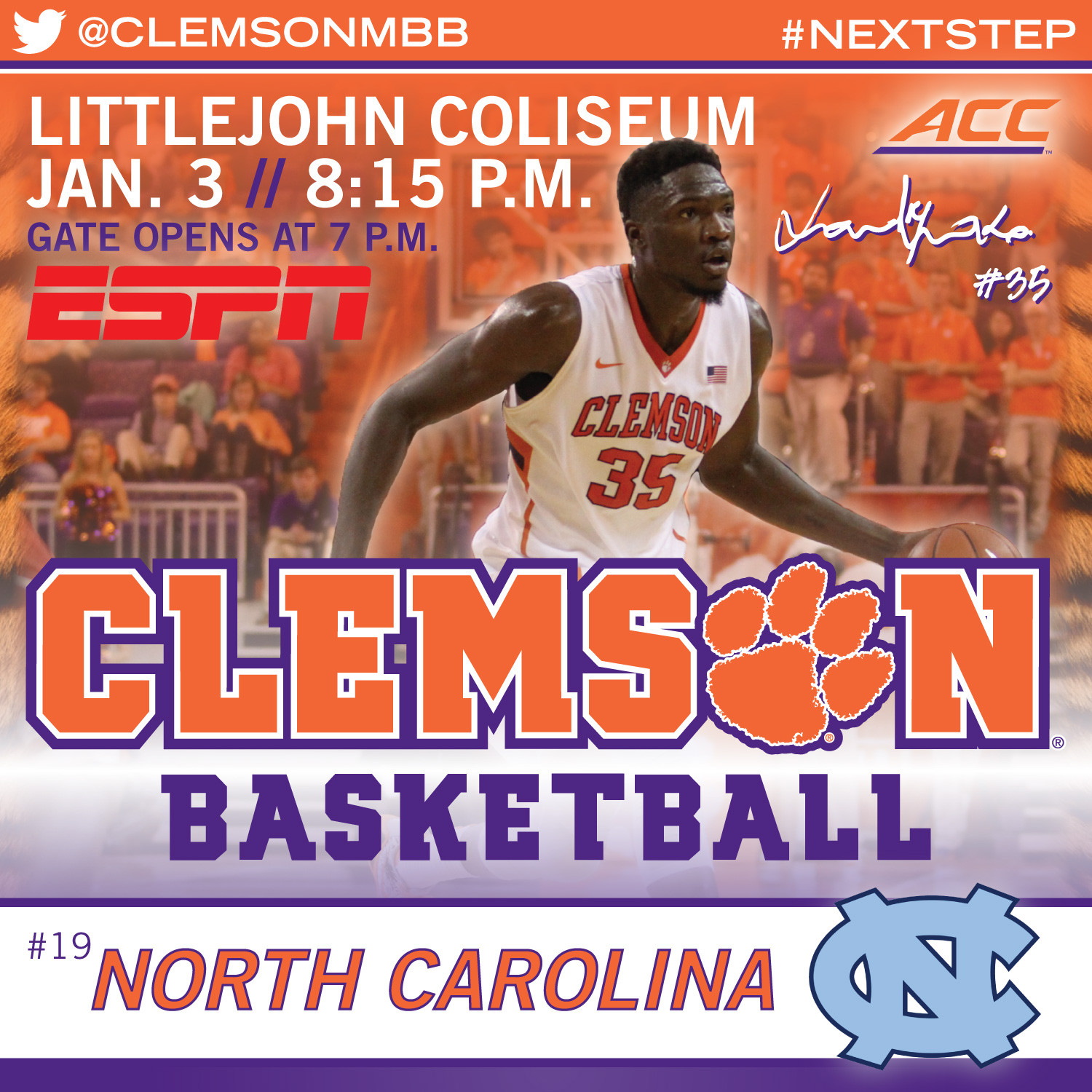 • Clemson and North Carolina open the ACC regular season against one another for the first time since 2007-08.

• The Tiger program has 13 wins over top-20 Tar Heel teams in its history; UNC is ranked No. 19 in the latest AP poll.

• The Tigers are in search of their third top-30 RPI win of the season, owning victories over LSU (22) and Arkansas (27) already. North Carolina is No. 24 in the latest RPI released by the NCAA.

• A win Saturday would be Brad Brownell’s 250th as a head coach.

• In the ACC era (1953-present), Brownell is the only Clemson coach with a winning record in the month of January (18-13 overall). He is the 10th different coach at Clemson in that time frame.

• Saturday’s game is Clemson’s first of four this season against a team led by a Naismith Hall of Fame coach.

• Jaron Blossomgame is coming off a fifth double-double this season, which ties for the ACC lead. He posted 16 points and 12 rebounds vs. Robert Morris.

• Rod Hall has 329 career assists and needs two to pass David Young for 14th in Clemson history and seven to pass Marion Cash for 13th.