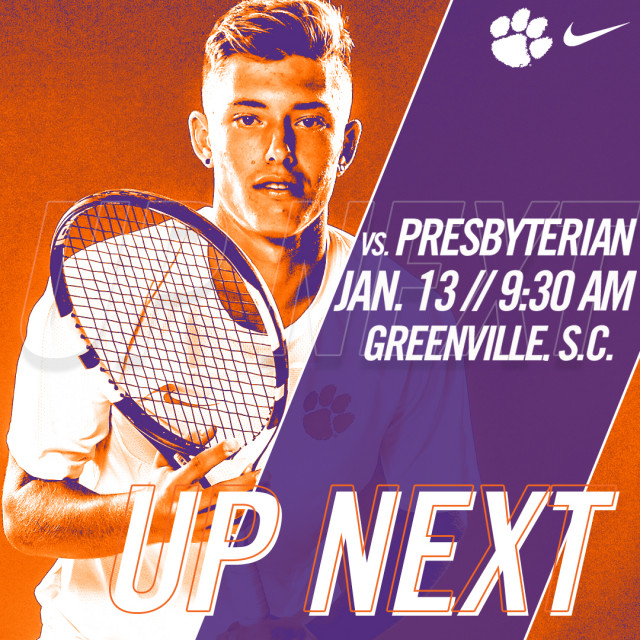 – This season head coach John Boetsch look to lean on the experience of their two seniors, Alex Favrot and Sam Edwards, as well as a key transfer from Mississippi State, Simon Baudry.

– Sam Edwards played the Tigers’ top doubles spot and No. 3 and No. 4 singles in 2017. He and partner Daffra Sanon ended the year ranked No. 37 nationally. The duo defeated the No. 2 (Wake Forest) and No. 4 (North Carolina) teams in the nation, and were one spot away from making the NCAA Doubles Tournament.

– Baudry, a sophomore, had an impressive fall season in singles and doubles play. Reaching the semifinals of the ITA regionals and compiling other solid wins, Baudry finished the fall season with an ITA singles ranking of No. 91.

– Pelletier, a freshman from Hilton Head Island, S.C., was the singles winner of the Elon Fall Invitational.

– The Blue Hose are picked to finish first in the Big South Conference.

– PC enters 2018 returning six of nine from last season’s roster. PC as the defending Big went 6-1 in Big South play in the regular season before defeating Campbell to win the Big South title.