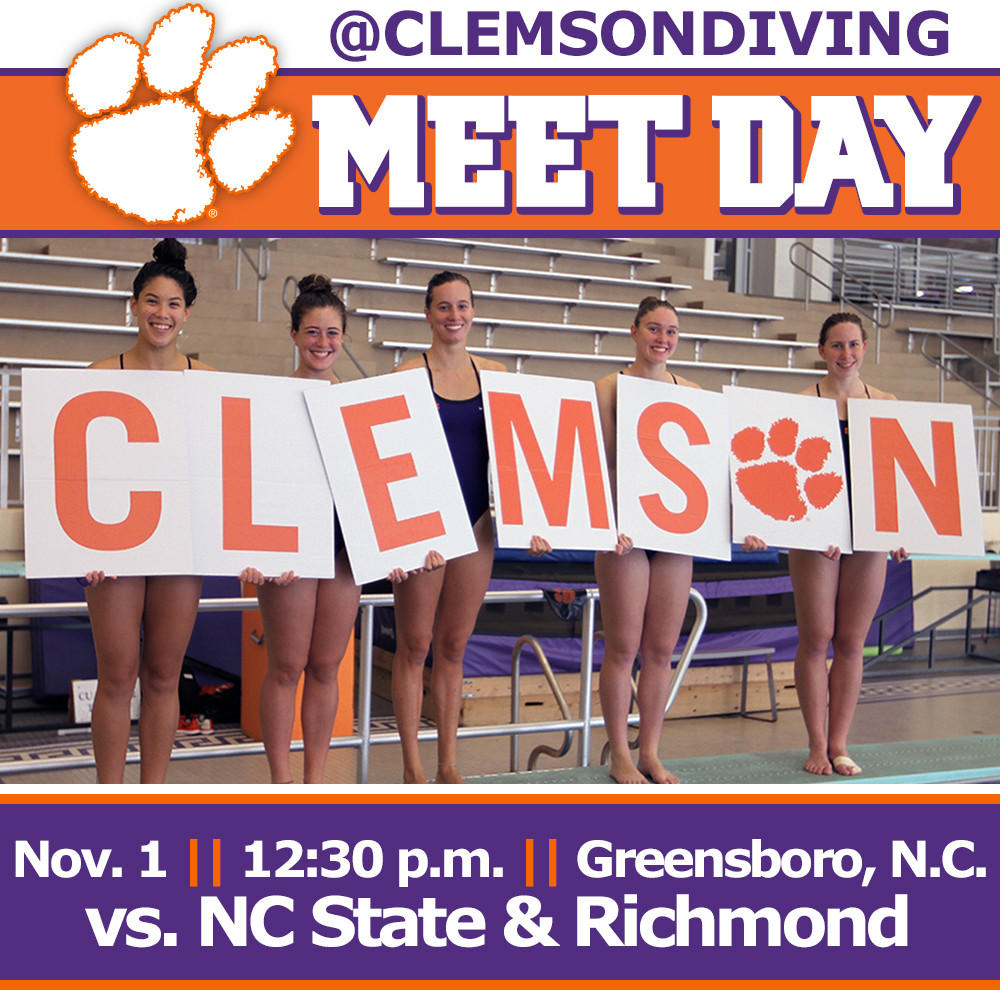 CLEMSON, S.C. – The Clemson diving team opens its 2014-15 campaign on Saturday, Nov. 1 in Greensboro, N.C. The Tigers face NC State and Richmond in a double-dual meet at the Greensboro Aquatic Center, which is also the site of the 2015 NCAA Diving Championships next March.

The Tigers return nine divers and add three newcomers as they enter the program’s third season. Five of the nine returners participated in the NCAA Zone B Diving Championships last season, including sophomore Danielle Reitsma, who became the first ever Clemson diver to reach the finals of the zone meet, advancing in the platform event and finishing 10th overall.

Chelsea Uranaka returns for her senior season, coming off a junior year in which she posted seven NCAA Zone qualifying scores and recorded the third-best three-meter score in program history. Uranaka and sophomore Sarah Braun earned valuable experience competing at the USA Diving National Preliminary Zone B Championships in Coral Springs, Fla. over the summer.

Clemson also opened the season against Richmond a year ago at McHugh Natatorium, defeating the Spiders behind a one-meter win by junior Megan Helwagen and a three-meter win by Uranaka. This is the first dual meet between Clemson and NC State in diving.