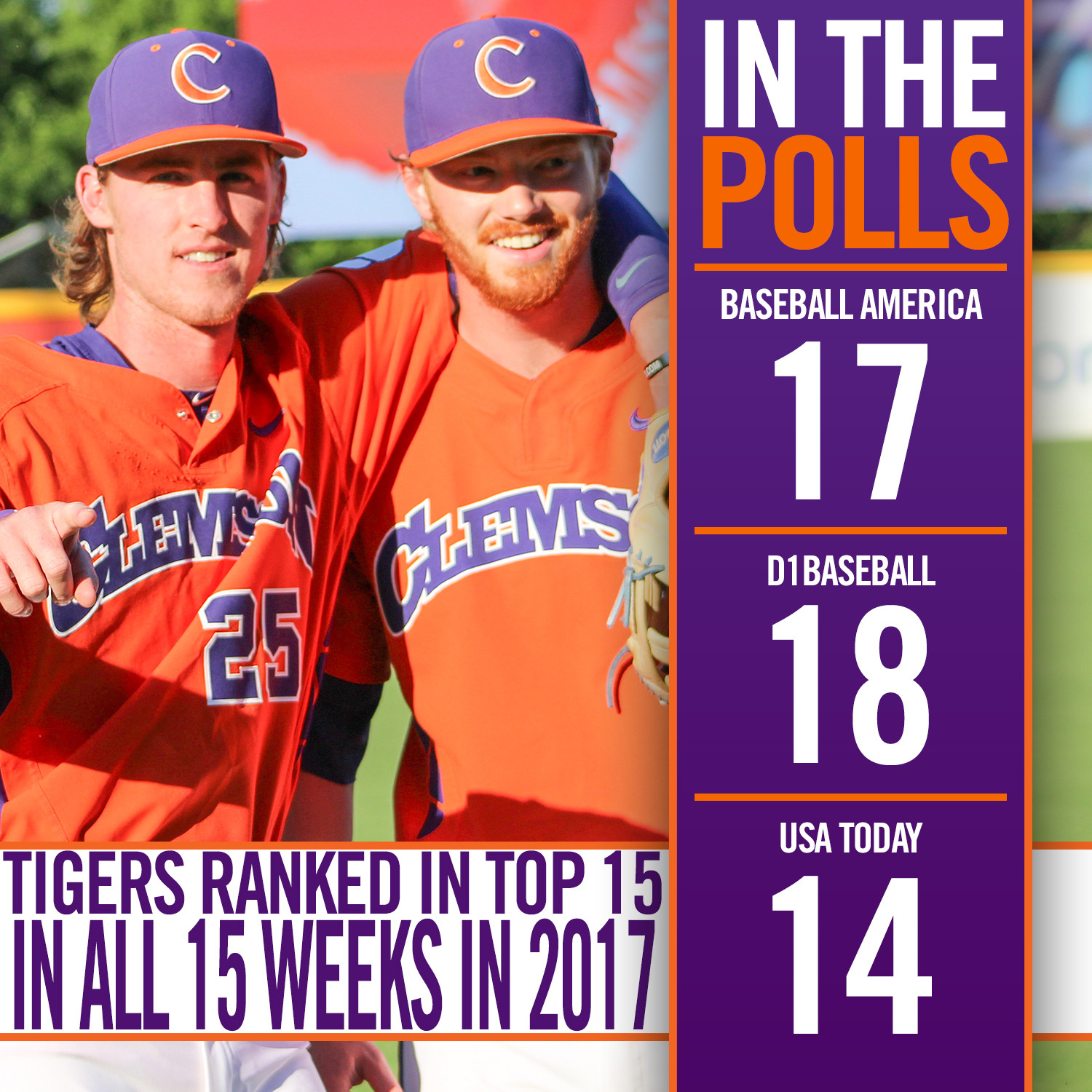 Tigers No. 14 In Coaches Poll

The Tigers begin ACC Tournament play with a game against Duke at Louisville, Ky., on Tuesday at 7 p.m.