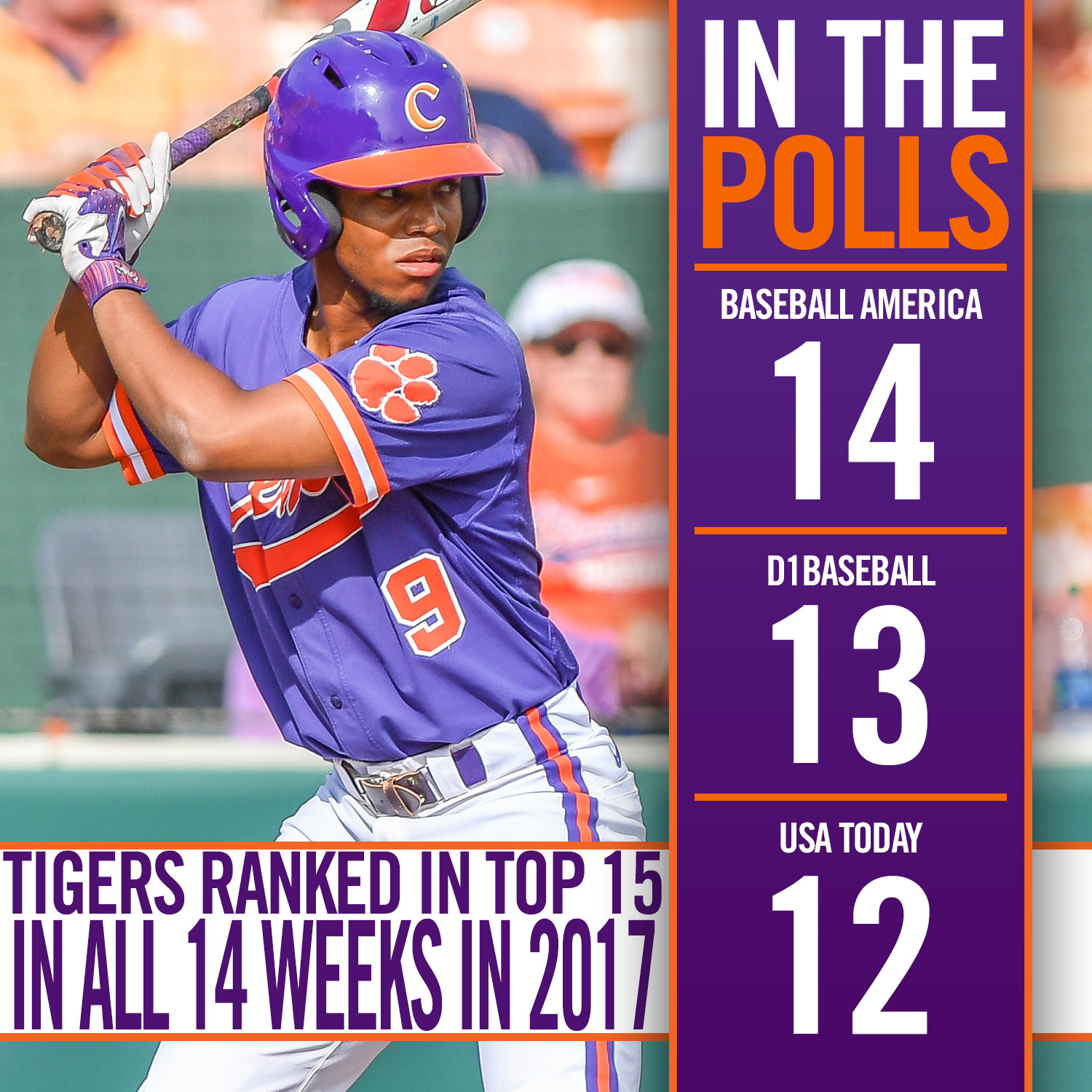 Tigers No. 12 in Coaches Poll

The Tigers close the regular season with four games this week, starting with the regular-season home finale against No. 24 Coastal Carolina on Tuesday night before traveling to NC State for a three-game series from Thursday to Saturday.