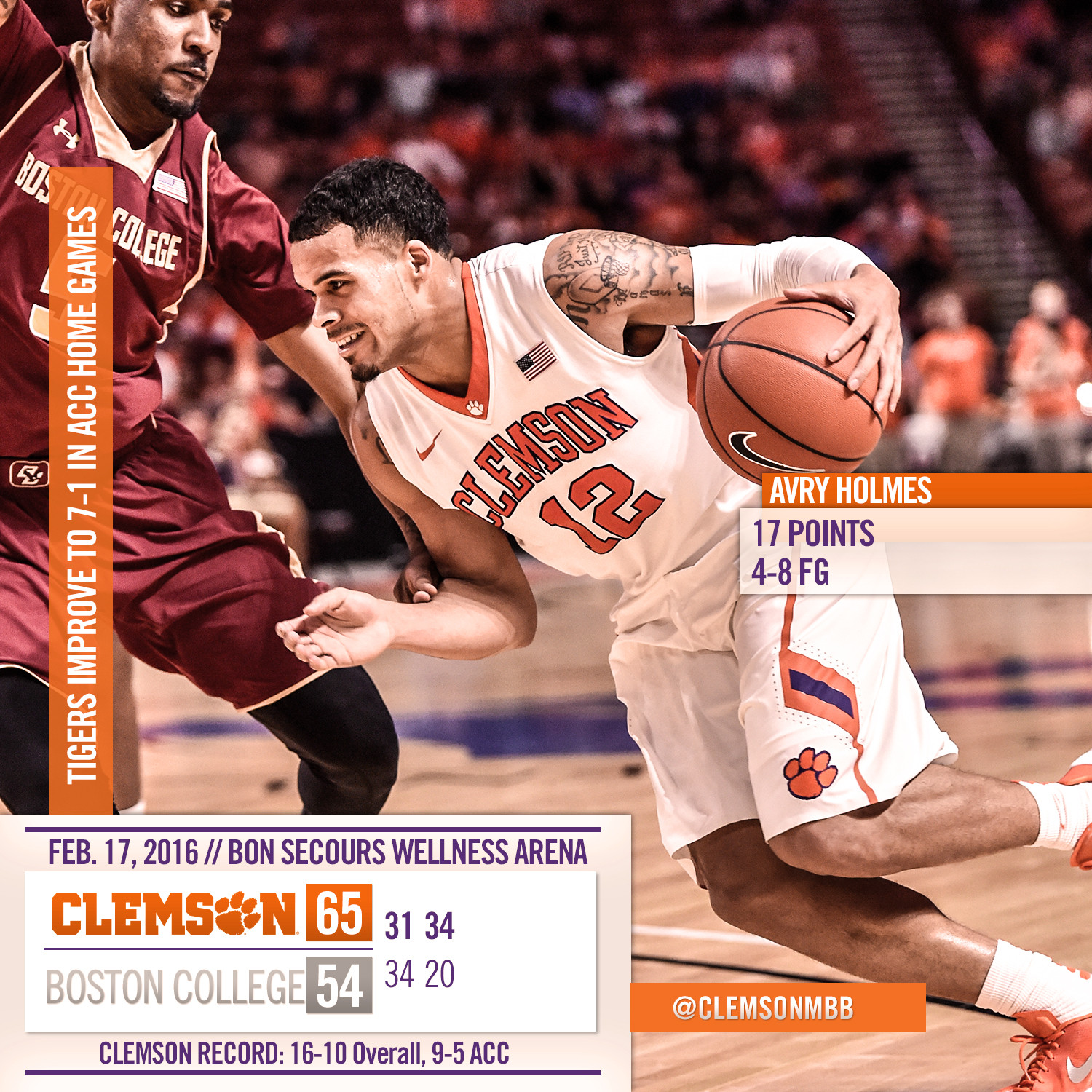 GREENVILLE, S.C. — Clemson took on Boston College on Wednesday night in front of 8,101 fans at Bon Secours Wellness Arena. A strong defensive second half by Clemson helped claim its 65-54 victory. The Tigers moved to 16-10 overall and 9-5 in the ACC, while the Eagles fell to 7-19, 0-13 in the ACC.

“We had better defensive discipline heading into the second half. We found a way to win with our defense again, which is good to see,” said head coach Brad Brownell.

Jaron Blossomgame once again led the Tiger attack with 23 points. However, the standout player of the night was Avry Holmes. He scored 17 points and held the Eagles’ leading scorer, Eli Carter, to 1-17 shooting on the night. Carter came in averaging 16 points per game.

Clemson led 11-2 after the first four minutes of play and hit four of its first shots. However,  things didn’t stay easy for the Tigers as the Eagles fought back to take the lead at 21-19 with 6:58 left in the first half. Boston College finished the first half shooting 47 percent and Clemson hit just a third of its shots. The Eagles hit six three-pointers in the first half, including two in the final two minutes, gaining a three-point lead heading into the half.

The Tigers took the lead with a 16-5 run over a six-minute stretch, punctuated by terrific three-point shooting. Back to back threes by Holmes and Blossomgame brought The Well to its feet and gave the Tigers their first double-digit lead of the game at 58-48 with 6:15 to play. From there, the Eagles struggled to score, accumulating just six points the rest of the way.

The Tigers take to the road for a pair of contests over the next six days. First up is NC State on Saturday at 3 p.m. The game will be televised by the ACC Network.