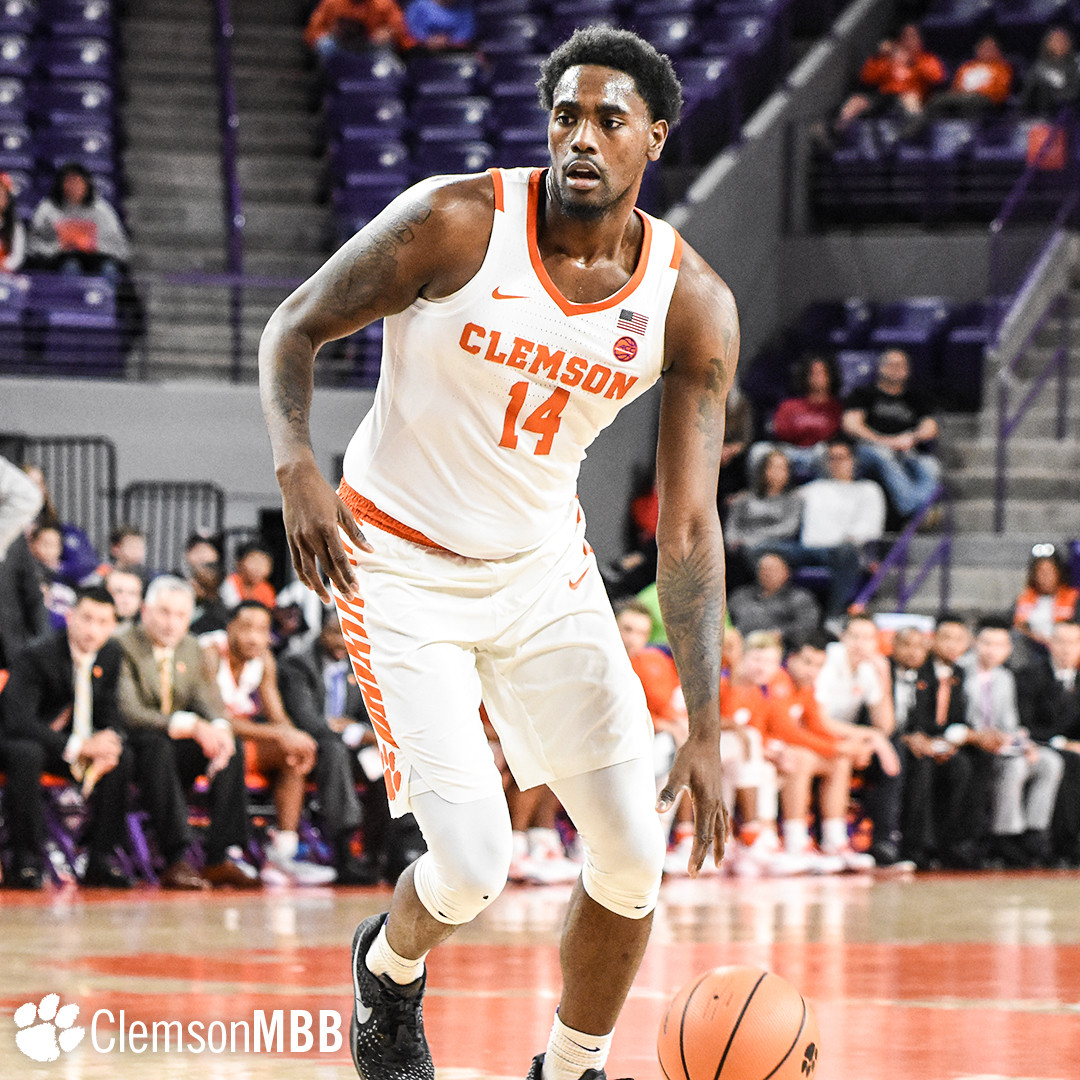 Thomas posted career-highs in points (26) and rebounds (16) to notch his fourth career double-double and second of the season. Thomas finished 10-for-11 from the field and 6-for-8 from the foul line.

The last time a Clemson player had at least 26 points and 16 rebounds in the same game was on March 17, 1990 in an NCAA Tournament game at the Hartford Civic Center. Former Tiger Dale Davis had 26 points and 17 rebounds in a 79-75 Clemson win over LaSalle.

DeVoe was red-hot shooting the ball and finished 8-for-9 from the field and a perfect 5-for-5 from distance for a career-high 21 points.

The Tigers (5-1) shot a season-best 64.0 percent in the first half, but led the Tigers (0-6) by just four at the break. The lead changed hands five times with four tied scores in the opening period.

The middle part of the second half is where Clemson started making moves. With Texas Southern keeping a distance of eight to 10 points, the Tigers began to pull away at the 12:53 mark with a jumper in the paint by Donte Grantham.

However, Texas Southern would get back-to-back threes from Demontrae Jefferson and would use those shots to try and work its way back into the game – they would cut the Tiger lead to six, but wouldn’t come any closer.

Both Shelton Mitchell and Grantham netted double-figures in the Tigers’ victory. The duo scored 10 points each.

The Tigers will return to the floor on Wednesday, Nov. 29 when it travels to Ohio State to take on the Buckeyes in the 2017 ACC/Big Ten Challenge. Tipoff is set for 7 p.m. on ESPN2.

Notes: Clemson matches its best start to a regular season since the beginning of the 2013-14 campaign … Elijah Thomas set new career-highs in points (26) and rebounds (16) … Thomas also set a career high in field goals made (10), free throws made (6) … Gabe DeVoe set a new career-high in points (21), field goals made (8) and 3-pointers made (5) … both Thomas and DeVoe’s 20-point outings were the third and fourth of the season for Clemson … Clemson set a new season-best for field goal percentage in the first half (64.0) and for the game (61.2) … Clyde Trapp set a season-best in minutes (28) … Clemson moved to 2-0 all-time against Texas Southern … the Tigers are now 64-28 in the month of November under head coach Brad Brownell … coach Brownell is now just four wins shy of 300 for his career (296).