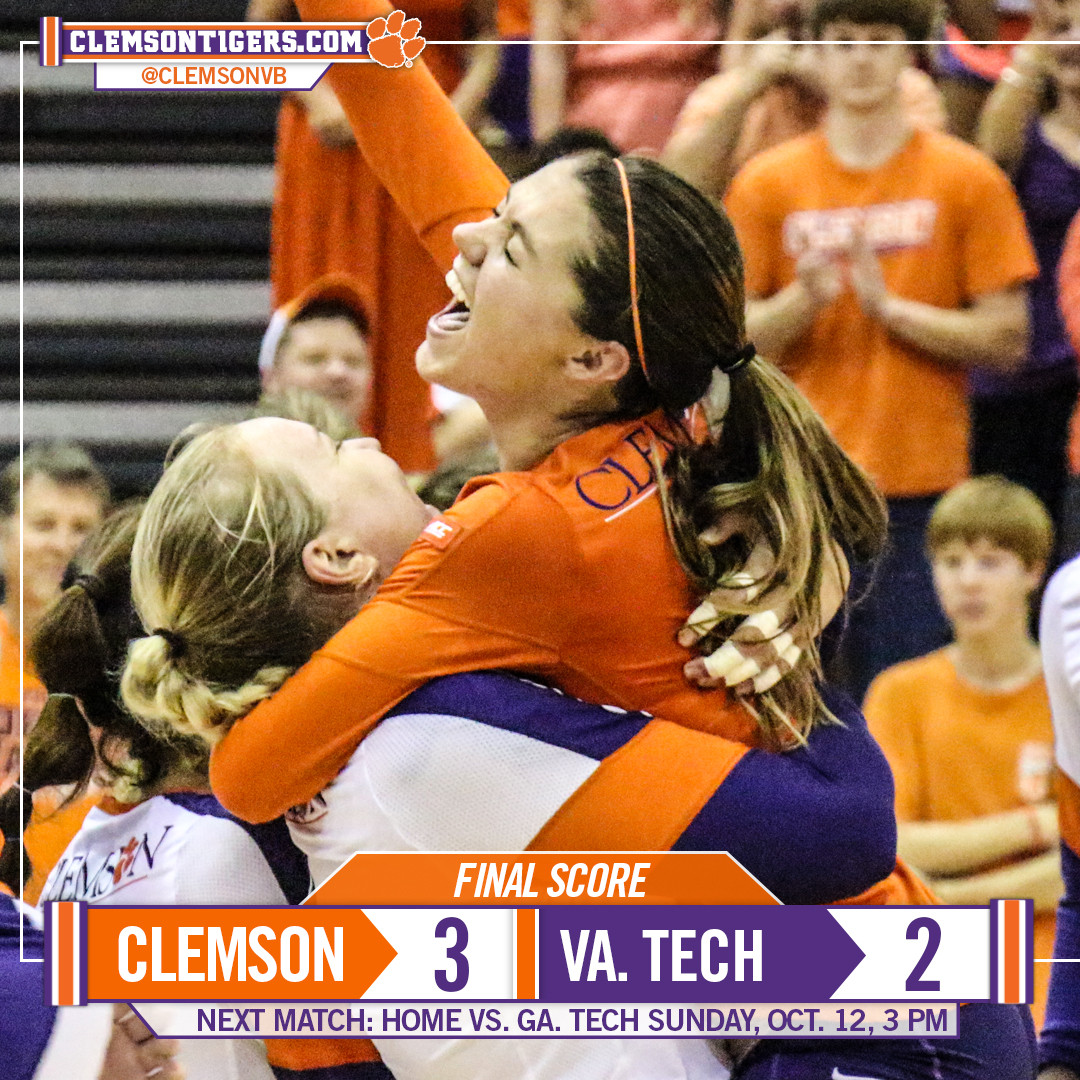 Hampton’s 20 kills were the second-most in her career, trailing only the 21 she compiled as a freshman at Long Beach State in 2010. Hampton, who graduated from LBSU in May and joined the Tigers for her final season, hit .333 as well.

The Tigers racked up 14.0 blocks in the match, led by senior middles Beta Dumancic and Karis Watson, who added six apiece. Watson also added 11 kills and hit .500, and accounted for 14.0 points in the match.

Clemson showed great resolve in the first set after Virginia Tech erased a three-point Tiger advantage and tied the set at 24-24. The teams traded the next four points before Leah Perri had a block and a kill to close the frame, 28-26.

The Hokies claimed the second set and tied the match after again erasing three Clemson set points. Virginia Tech stormed out to a 19-11 lead in the third set and withstood a late Tiger run that cut the lead to three, but went on to take a 2-1 lead with a 25-19 set win. The Hokies hit .536 in the frame with 16 kills against just one error.

The momentum changed in the fourth set, as the Tigers opened up a five point lead and held off a Hokie rally to force a fifth set, 25-21.

The Tigers return to the court on Sunday, as they take on Georgia Tech at 3 p.m. in Jervey Gym.

Hampton’s 20 kills lead Tigers to BIG comeback in five!! What a night! Thank you, fans! pic.twitter.com/Zc4TZjlLDu