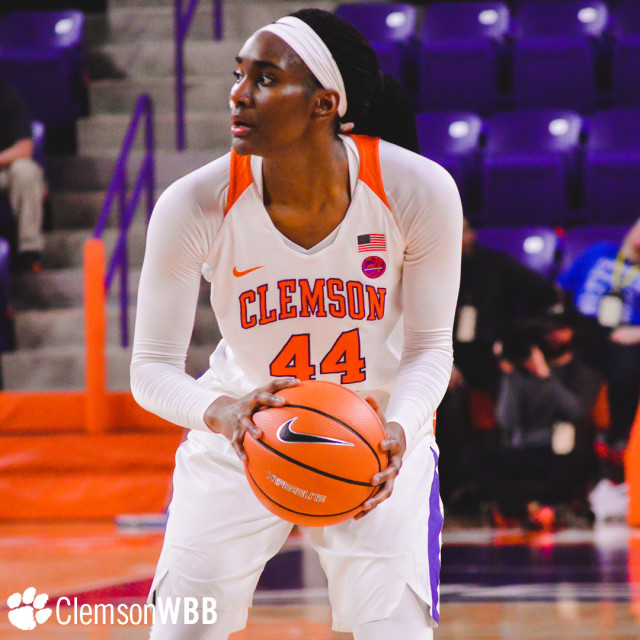 CLEMSON, S.C. – In a matchup between two solid defensive teams, NC State, ranked second in the ACC and 28th in the nation in scoring defense, won the battle, defeating the Clemson women’s basketball team 62-41, in front of a great crowd of more than 1300 fans, on Sunday afternoon at Littlejohn Coliseum. With the loss, the Tigers fell to 11-11 (1-8 ACC), while the Wolfpack, receiving votes in last week’s AP poll, improved to 17-5 and 6-3 in ACC play.

NC State opened the second quarter making five of its first five baskets to open up a 22-9 lead three minutes in to the period, but Clemson fought right back. The defense held the Wolfpack to 1-for-10 the remainder of the quarter, and used back-to-back baskets by junior Danielle Edwards and sophomore Kobi Thornton in the final minute to cut the deficit eight points, 25-17, at halftime.

The Wolfpack extended the lead to 47-23 at the end of the third quarter, going on a 22-6 run in the period and holding the Tigers scoreless for the final five minutes of the period. Clemson never stopped fighting though, and outscored NC State 18-15 in the fourth quarter, partially thanks to freshman Jenise Strover, who came in off the bench to score six points and recorded three rebounds and two blocked shots.

Clemson is in the midst of a stretch of three-straight home games, and will return to action on Thursday, Feb. 1 against Pittsburgh. The game between the Tigers and Panthers will tip off at 7 p.m. at Littlejohn Coliseum.