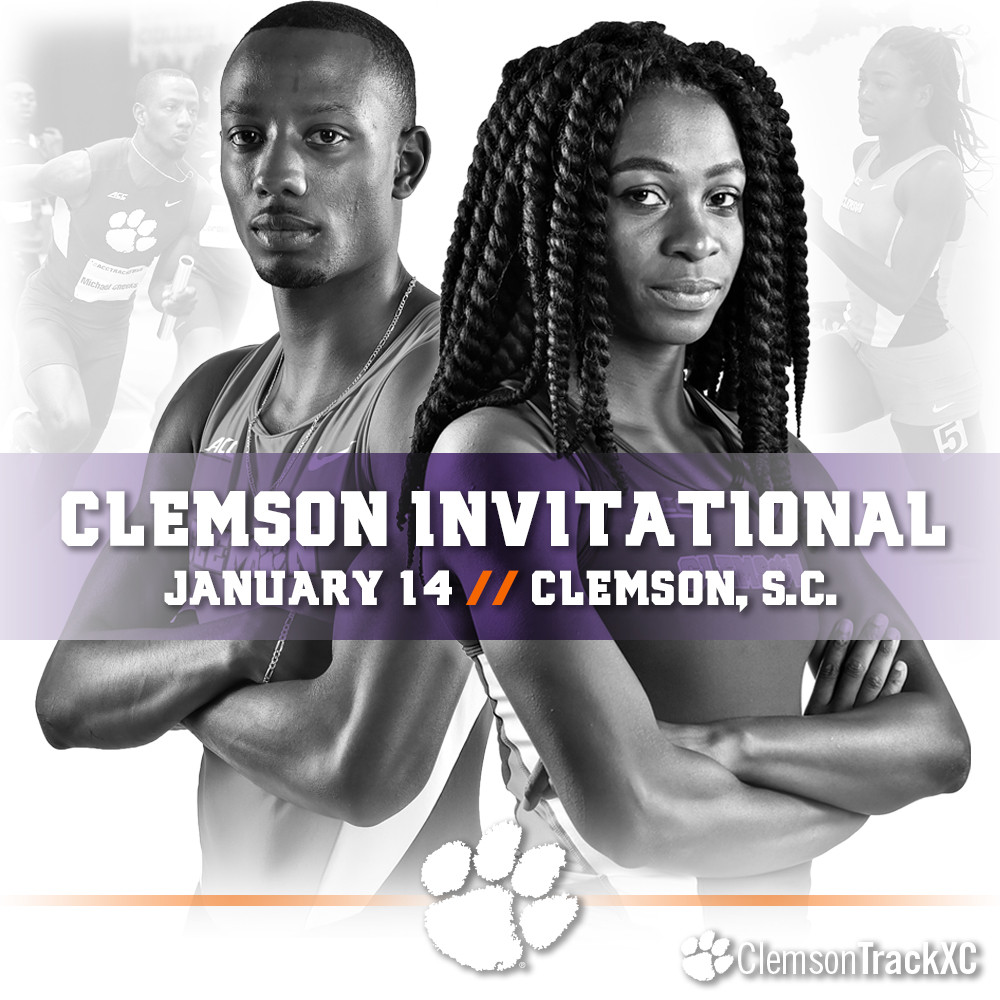 CLEMSON, S.C. – Track and field action continues this weekend at the Clemson Indoor Track & Field Indoor Complex with the Clemson Invitational on Saturday, January 14. The meet begins at 11:00 a.m., with 10 total institutions competing in the second home meet of the season.

Clemson’s newly renovated indoor track did not disappoint as it yielded many of the nation’s best performances last weekend during the Orange & Purple Classic. Between the men’s and women’s competitors, 26 of the country’s current top five times or marks came in the debut of the new facility. Six of which are the top times or distances in the nation.

McBride’s leap of 25-5.25 not only claimed him the Clemson indoor record, but he was named the ACC Men’s Field Performer of the Week for his efforts. The ACC also recognized freshman Rebekah Smith as the Women’s Track Performer of the Week as she finished the 60 meter dash in 7.33, giving her the fifth fastest time in the nation.

Along with McBride and Smith’s efforts, there are eight other Clemson times or marks that currently rank among the top 20 in the nation of their respective events. Torie Robinson and Angelica Collins rank ninth and 19th in the country in the 60 meter dash while Markeeta Thomas and Ebony Williams are currently 12th and 15th in the 60 meter hurdles. Thomas is also part of the fifth best 4x400m relay time as she teamed up with Malayshia George, Lakeisha Warner and Olivia James to clock in at 3:41.11. Grace Barnett still owns the world’s best mile time of 4:35.66.

On the men’s side, Kirk Lewis owns the 11th fastest 60m hurdle time in the nation while Trevious Frazier enters the weekend 17th in the 200m dash. McBride is second to Florida’s three-time USTFCCCA Indoor All-American in the long jump.

Last weekend it was Florida and Georgia who highlighted the visiting competitors, this week it’s Florida State and South Carolina who will be competing for top times in the nation along with Clemson. JC Smith, Coastal Carolina, Charleston Southern, Southern Wesleyan, Gardner Webb, North Florida and Anderson College complete the list of competitors in the this year’s Clemson Invitational.