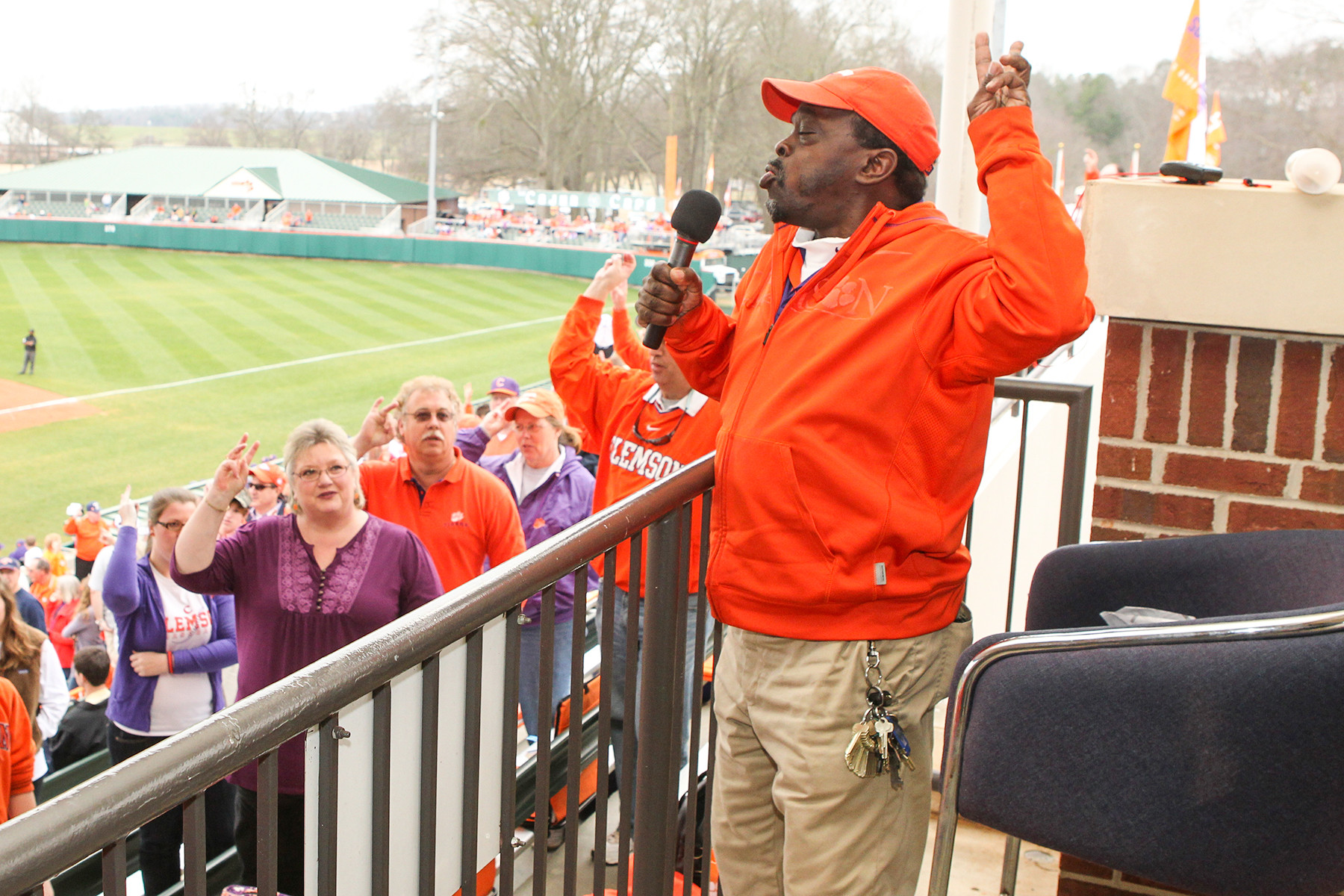 “Tigers, Let’s Get Some Runs!”

“Tigers, let’s get some runs!”

Anyone who has attended a Clemson baseball game has heard the legendary Danny Cannon fire up his Tiger ballclub after his spirited rendition of “Take Me Out to the Ball Game” during the seventh-inning stretch.

Since the late 1990s, Cannon has sung the classic baseball ballad, but the first performance was completely unplanned.

“The music didn’t play, so I started singing…and they seemed to like it,” said Cannon.

Everyone liked it enough that Cannon was asked to sing during every seventh-inning stretch. Years later, he was asked to add the tag line, “Tigers, let’s get some runs.”

“I think it’s something that everyone looks forward to,” said Isgett. “It’s always exciting and gets everyone motivated.”

Cannon also seems to motivate the Tigers who bat in the bottom of the seventh. In its four home games this season, Clemson has scored in the seventh inning three times and recorded nearly one-third of its total runs in the frame.

Clemson professor Jimmy Sanderson acknowledges that it is another great tradition for an athletic program that already has a deep history.

“I think it makes Clemson stand out – it gives the fans a unique in-game experience and it’s another attraction that you can’t get anywhere else,” stated Sanderson. “In today’s environment where you are competing to get people’s attention, any little thing you can do to sell the experience is huge.”

When asked if his routine has become a Clemson staple, the humble Cannon appreciates the opportunity to take part in the game he loves.

“That’s up to y’all,” said Cannon with a smile. “Y’all started that. I’m just a good fan of baseball.”

Cannon eagerly looks forward to the game Friday, when South Carolina travels to Tigertown for the first of a three-game series against the Gamecocks. Cannon’s favorite experiences in Doug Kingsmore are anytime the Tigers defeat the Gamecocks.

So you can bet when the seven inning rolls around Friday, Cannon will be giving it everything he has.