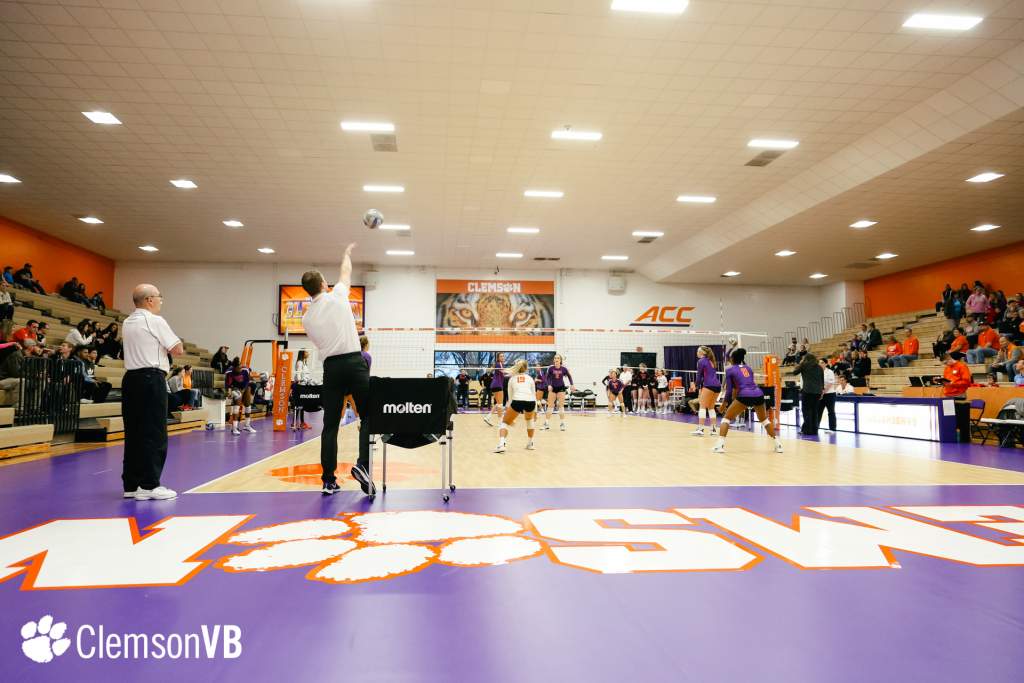 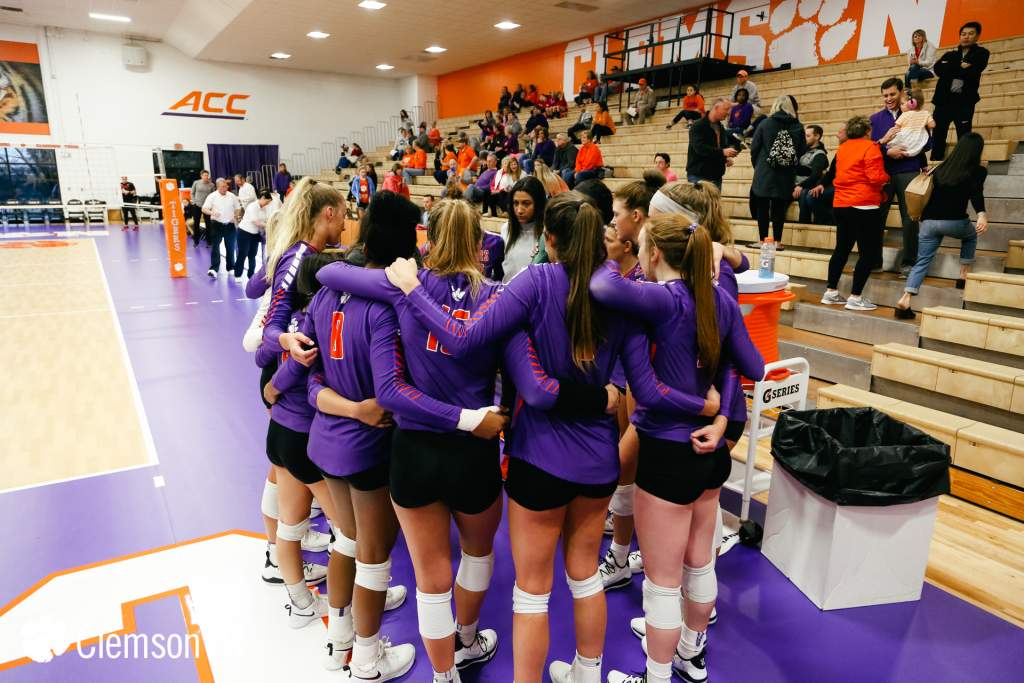 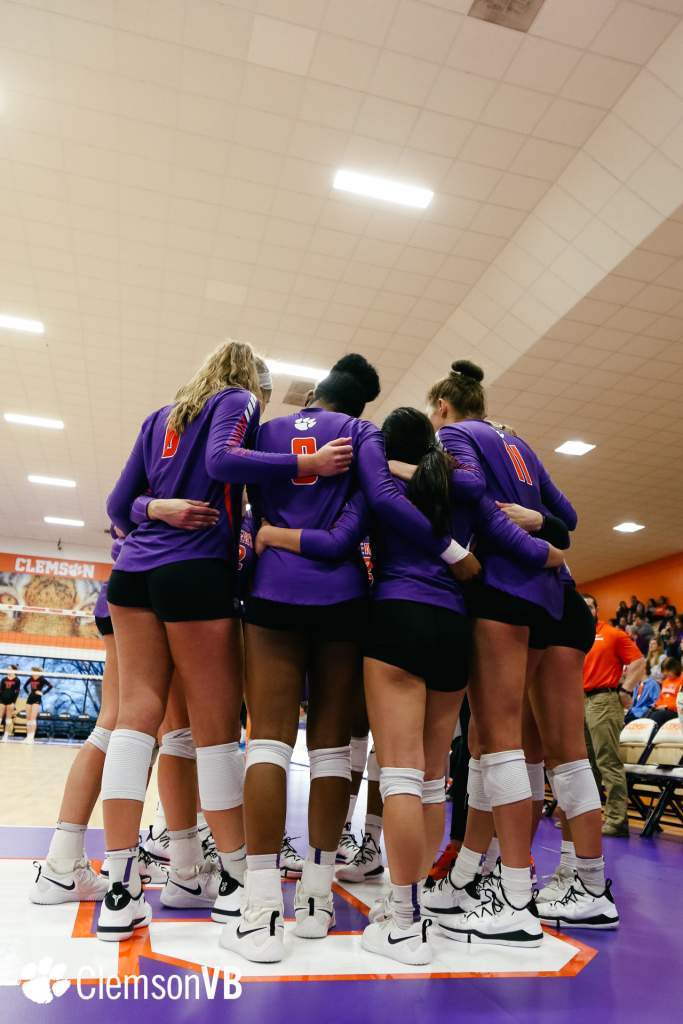 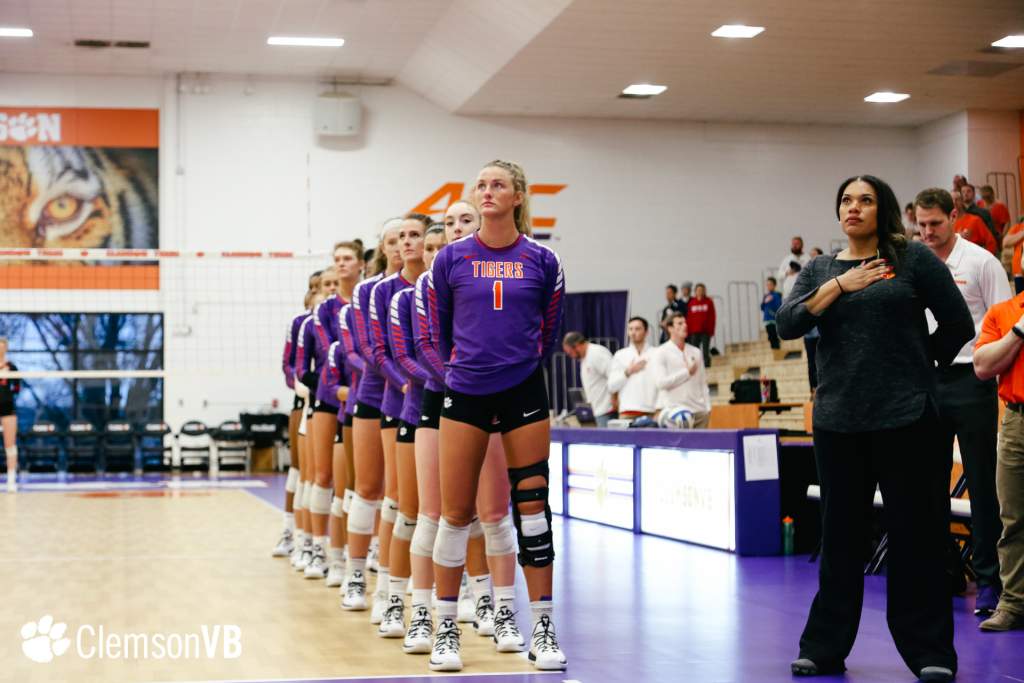 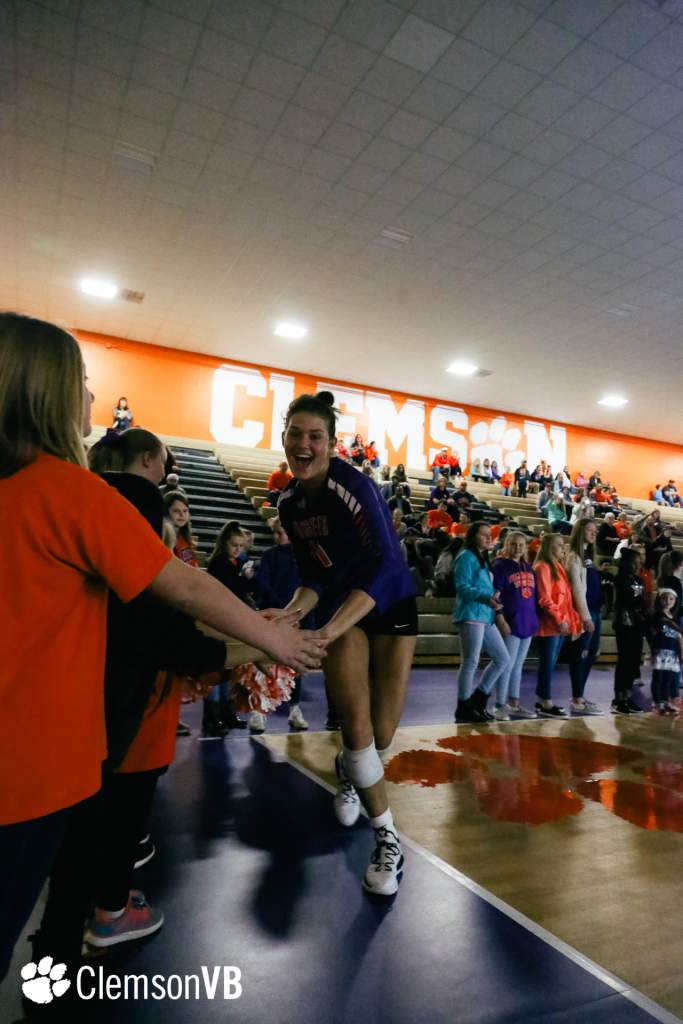 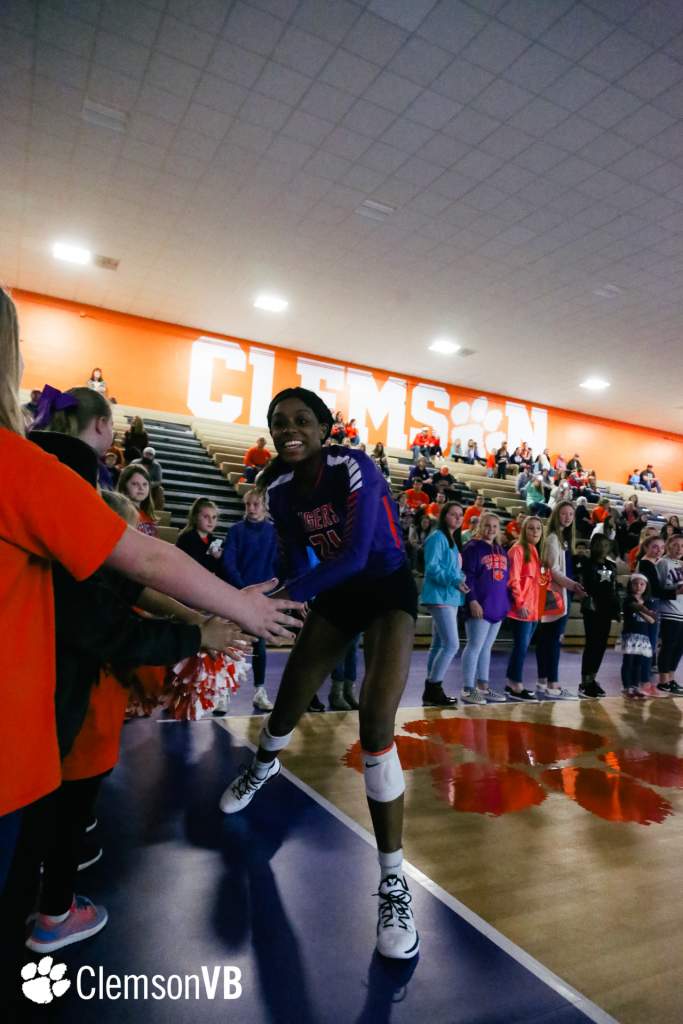 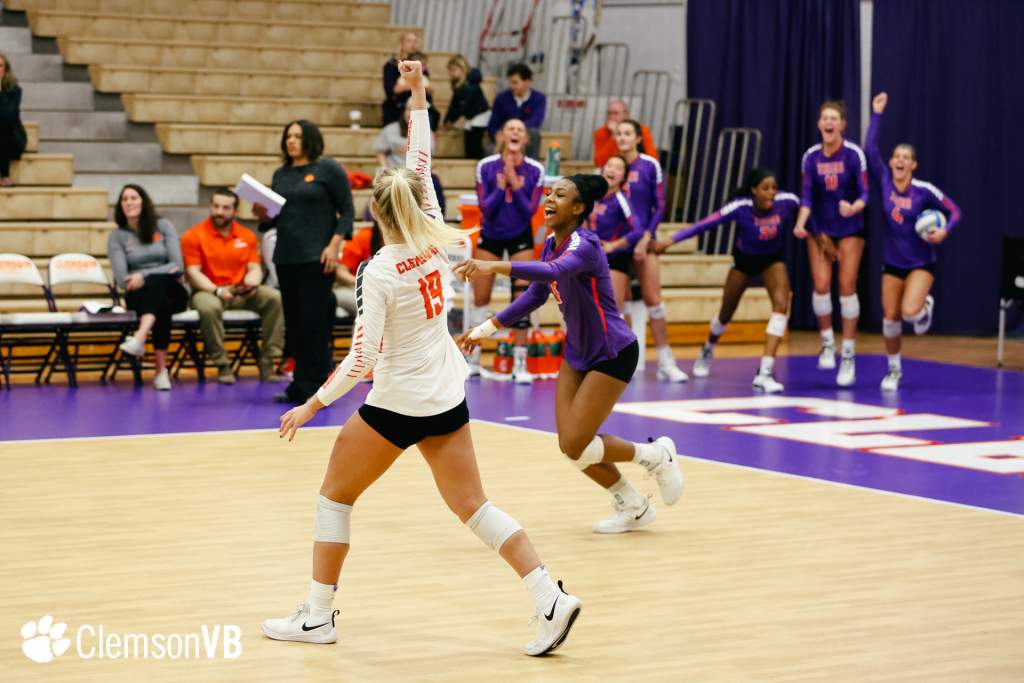 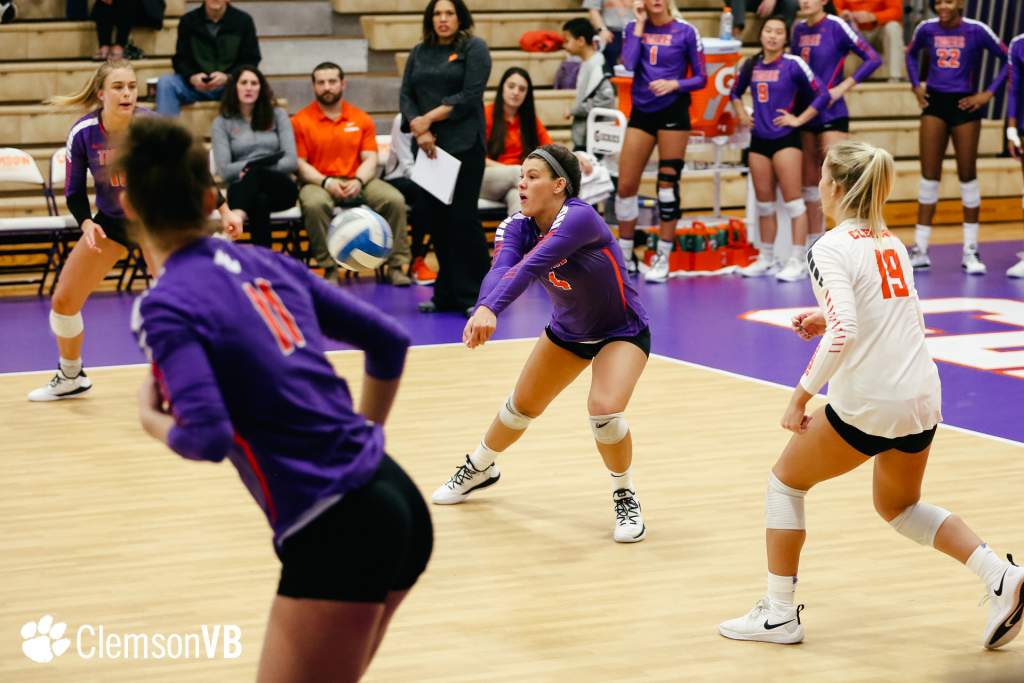 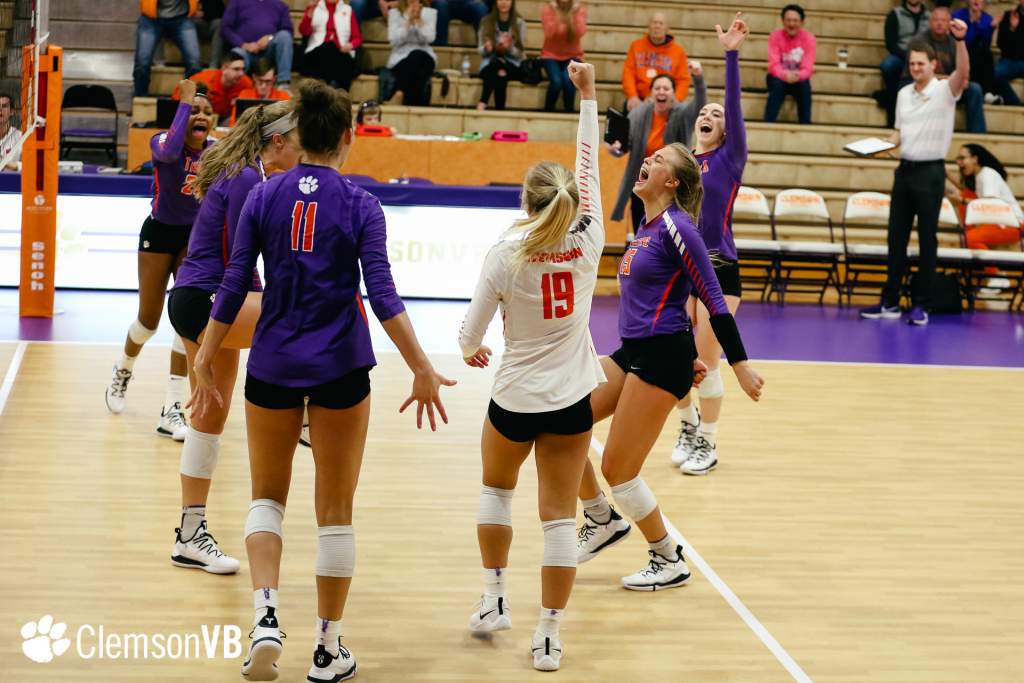 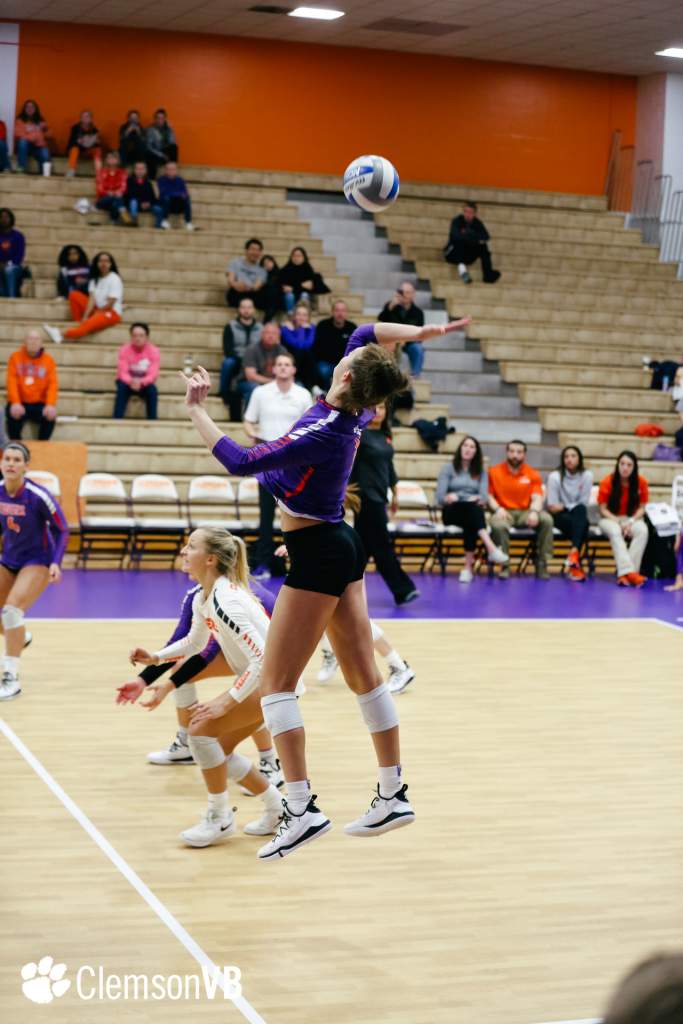 CLEMSON, S.C. – Back in Jervey Gym for the first time in just over three months, the Clemson Volleyball team defeated the University of Georgia Bulldogs, 3-1, in an exhibition match Saturday. The Tigers took the first three sets of the match, 25-22, 25-21, 25-17, however both teams agreed to play a guaranteed fourth set prior to Saturday’s match, which the Bulldogs won, 25-21.

Defensively, the Tigers totaled 9.0 blocks thanks in part to CU middle blocker Adria Oliver, who rang up a team-best four block assists. Clemson held the Bulldogs to just 3.0 blocks on the match. Madi Howell got the nod at libero and posted match-high 11 digs. Crystal Childs and Ashtynne Alberts tallied seven digs each at the outside hitter position.

Up next, the Tigers hit the road for the final three spring exhibition outings of 2019. On March 30 (Saturday), Clemson heads to the Finley Center in Hoover, Alabama for a multi-team tournament.