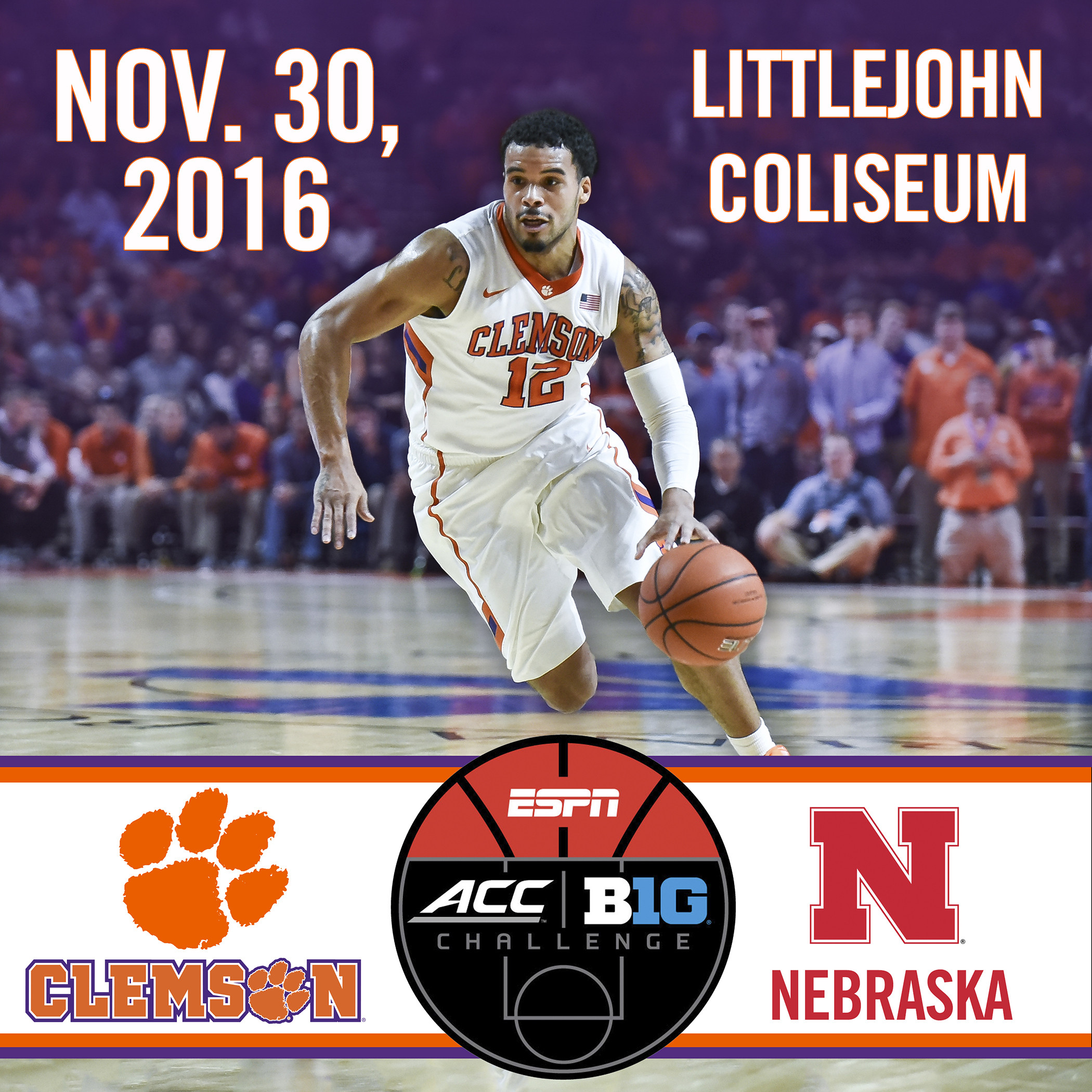 CLEMSON, S.C. — The men’s basketball team is set for a home matchup with Nebraska in the 2016 ACC/Big Ten Challenge, ESPN announced Tuesday. The Tigers and Cornhuskers will meet for the first time in history on November 30 in newly-renovated Littlejohn Coliseum.

With Tuesday’s announcement, fives dates have been published for the 2016-17 schedule. Clemson will open the season on November 11 against Georgia. The Tigers will also play three games in the Puerto Rico Classic from November 17-20.

The Tigers were 17-14 last season, finishing the regular season with a 10-8 ACC record. Clemson defeated four top-25 opponents in the month of January. The Tigers return starters Donte Grantham (10.2 ppg) and Avry Holmes (10.0 ppg), while All-ACC standout Jaron Blossomgame (18.7 ppg) has until Wednesday to make a final decision on whether or not to remain in the NBA Draft.