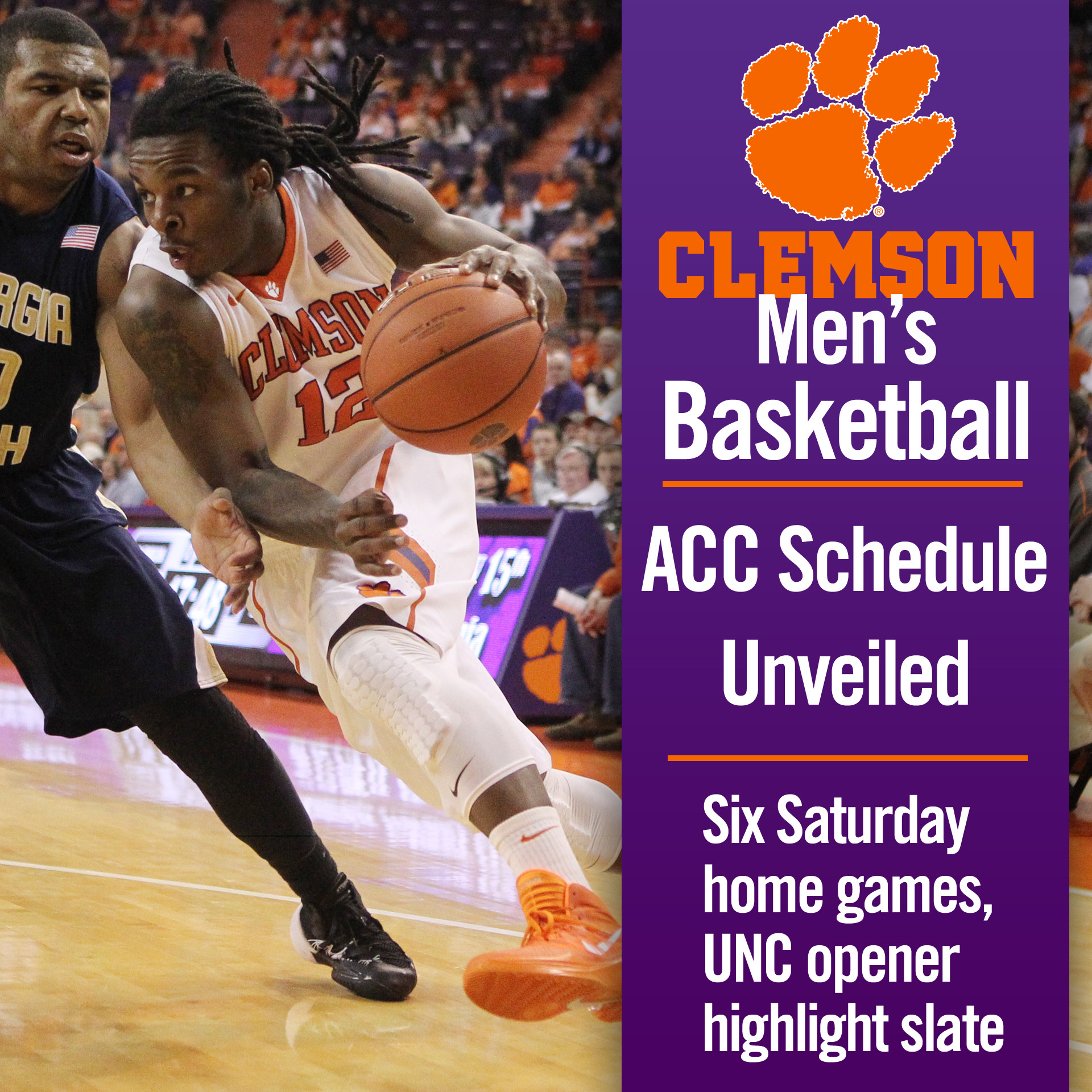 “The schedule is certainly challenging from the start, but that’s to be expected in today’s ACC,” said head coach Brad Brownell. “Our home schedule offers our fans a number of opportunities to support the team. We have six Saturday home ACC games, which should translate to a tremendous atmosphere in Littlejohn Coliseum. We look forward to an exciting season.”

• The Tigers’ first five games are all against 2014 NCAA Tournament teams, three on the road (Louisville, Pittsburgh and Virginia).

• Clemson has three 9 p.m. tipoffs on the road, most in school history.

• Syracuse plays at Clemson on Saturday, Jan. 17, the Orange’s first game in Littlejohn Coliseum since the Tigers won 74-70 in a head-to-head matchup in the 2007 NIT quarterfinals.

• Clemson plays its first game in the KFC Yum! Center, Louisville’s home venue, on Jan. 7. The Tigers last played at Louisville in the 2006 NIT when the Cardinals called Freedom Hall home.

• The Tigers host Notre Dame for the first time in program history. Clemson squares off with the Fighting Irish on Tuesday, Feb. 10.

• After a rare year off, Clemson will hold a Senior Day game again on March 3 against NC State. Rod Hall and Damarcus Harrison are the Tiger seniors this season.