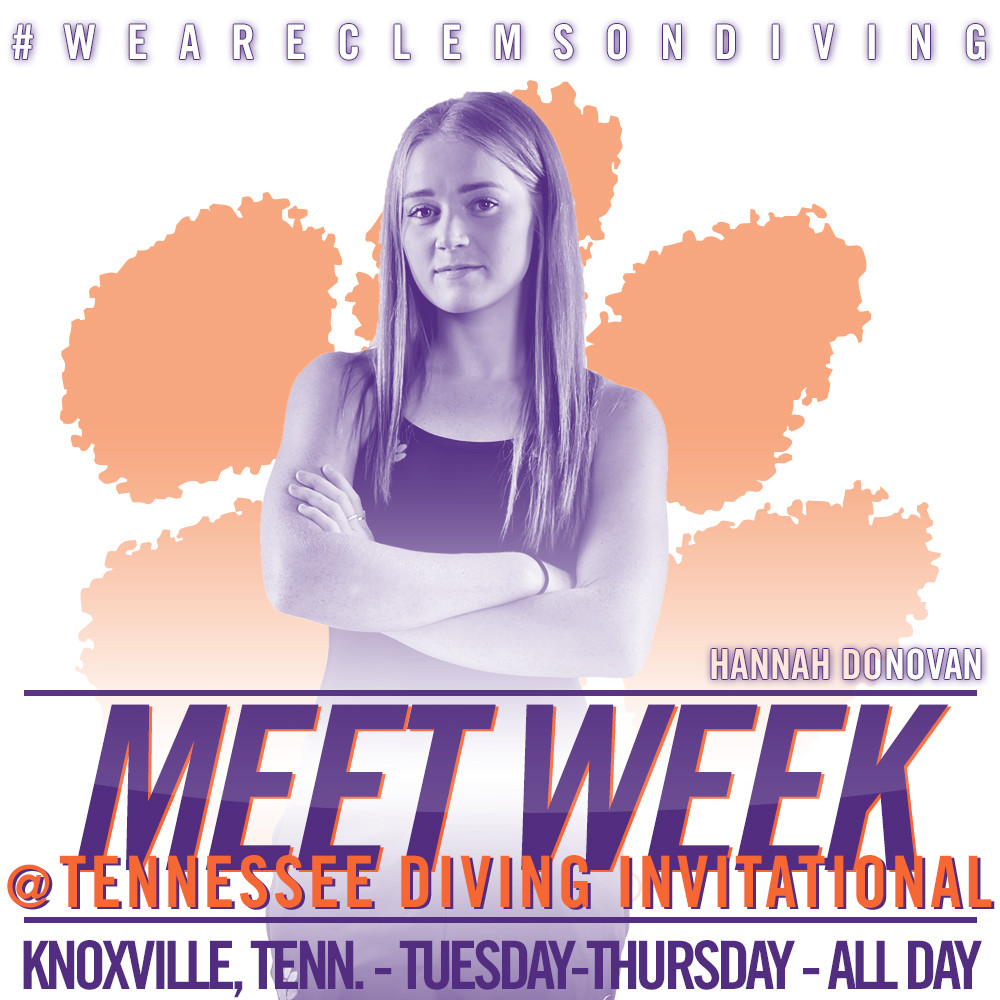 CLEMSON, S.C. – The Clemson diving team will open their 2017 campaign in Knoxville, Tenn. at the Tennessee Diving Invitational this week. The event runs from Jan. 3 through Jan. 5, with the three-meter taking place on Tuesday, the one-meter on Wednesday and the platform on Thursday. Divers from Tennessee, Georgia, Missouri, NC State, Clemson, Auburn, Kentucky, LSU, Virginia, Alabama, Arkansas, South Carolina, SMU and Carnegie Melon are set to compete.

In their last meet on Dec. 14, the Tigers defeated Florida Gulf Coast University as part of their annual winter training week in Florida. Jaya Brown posted Zone qualifying scores in both the one- and three-meter, taking first place in the former and second in the latter. Hannah Donovan and Danielle Reitsma each placed in the top four in both events as well.

Tennessee last competed at the Auburn Diving Invite, which spanned from Dec. 17 through Dec. 19. Emily Pelletier led the way for the Vols, as she placed third in the platform finals and qualified for finals in both the one- and three-meter.