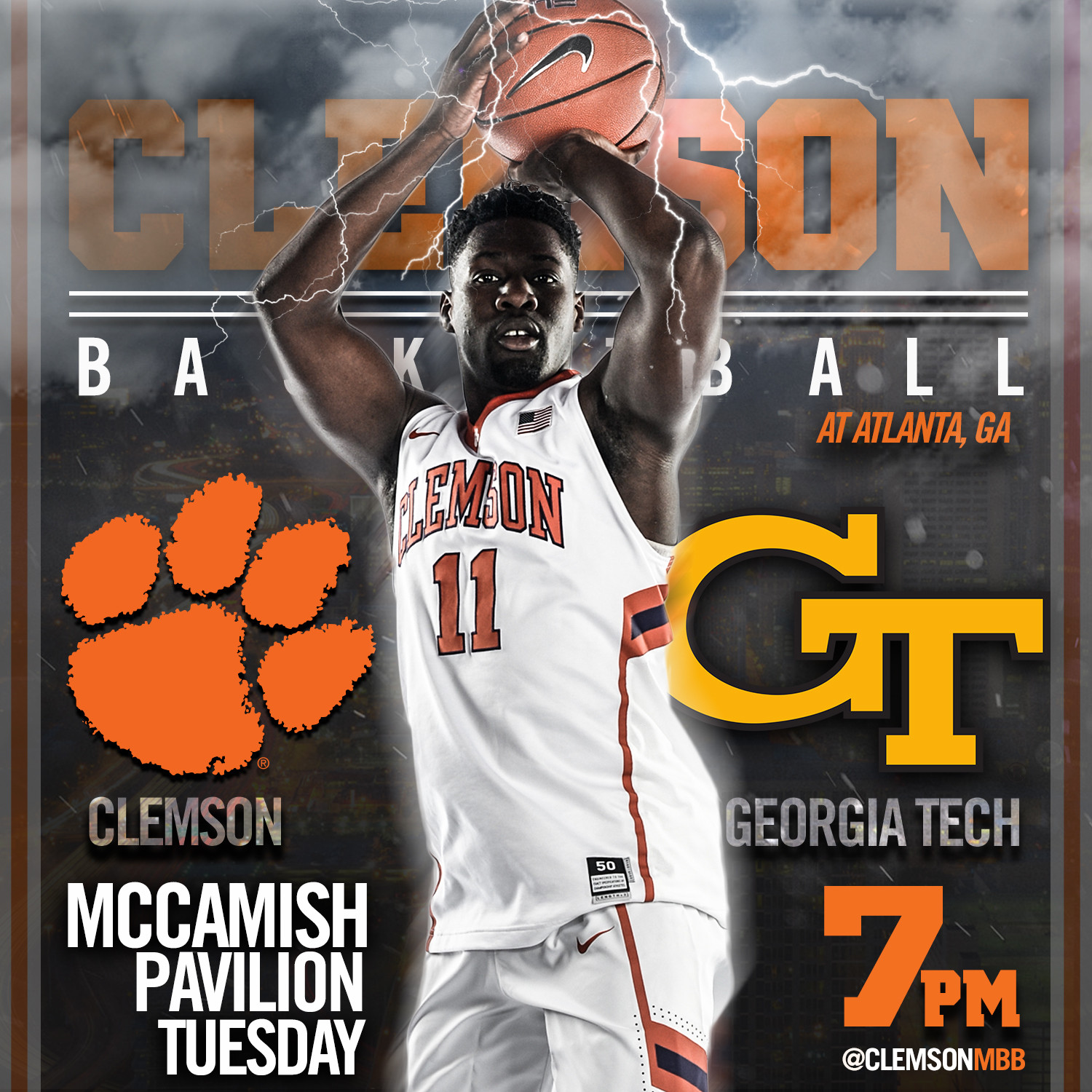 • Clemson is in search of its first season sweep of 2015-16, and of its fifth in six seasons against Georgia Tech. The Tigers won on February 13 in Greenville by a score of 66-52.

• The Tigers are coming off a game in which they set a program record by committing just one turnover at NC State. The Wolfpack prevailed after an impressive +13 rebound margin and 9-20 three-point shooting.

• A win Tuesday would give Clemson its fifth 10-win ACC regular season.

• Jaron Blossomgame is coming off a career-high 33 points at NC State, the most by a Tiger in an ACC road game since 1969.

• Blossomgame needs just 11 points to reach 500 for the season, which would make him the 14th player in Clemson history to reach the mark.

• The last two players Avry Holmes has primarily guarded (Eli Carter, Cat Barber) were a combined 2-29 from the field in those two games.

• Landry Nnoko needs five blocked shots to pass Dale Davis for fifth on Clemson’s all-time list. He has 206 entering Tuesday’s game and is ranked second among all ACC players at 2.4 swats per game.

• Sidy Djitte matched his career highs for both field goals (6) and attempts (8) in the game at NC State. He contributed 12 points and eight rebounds.

• Donte Grantham matched his career high with seven assists in the Tigers’ most recent game.