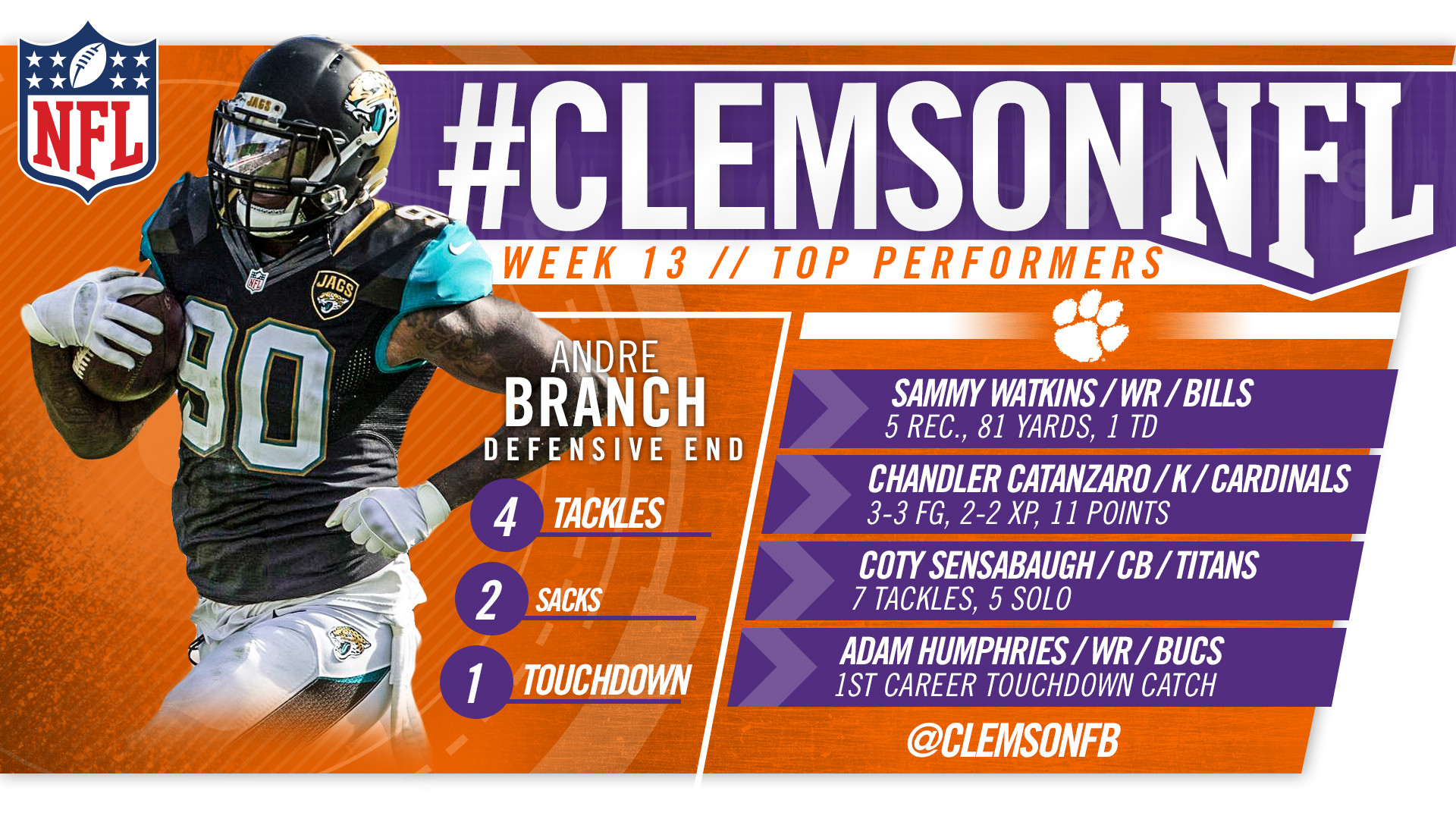 Jacksonville Jaguars defensive end Andre Branch had a monster game against the Indianapolis Colts, finishing with two sacks and a 48-yard fumble return for a touchdown as the Jaguars defeated the Colts handily 51-16.

The #Jaguars Andre Branch 58-yard fumble return for a touchdown off a Matt Hasselbeck fumble – pic.twitter.com/oghixz1Fmn

Tampa Bay Buccaneers receiver Adam Humphries recorded his first career touchdown catch against the New Orleans Saints. Humphries, who made Tampa Bay’s roster as an undrafted rookie, is steadily carving our a role for himself in the offense.

Arizona Cardinals kicker Chandler Catanzaro went 3-3 on field goal attempts and 2-2 on extra points as his team escaped with a 23-20 victory over the Minnesota Vikings.