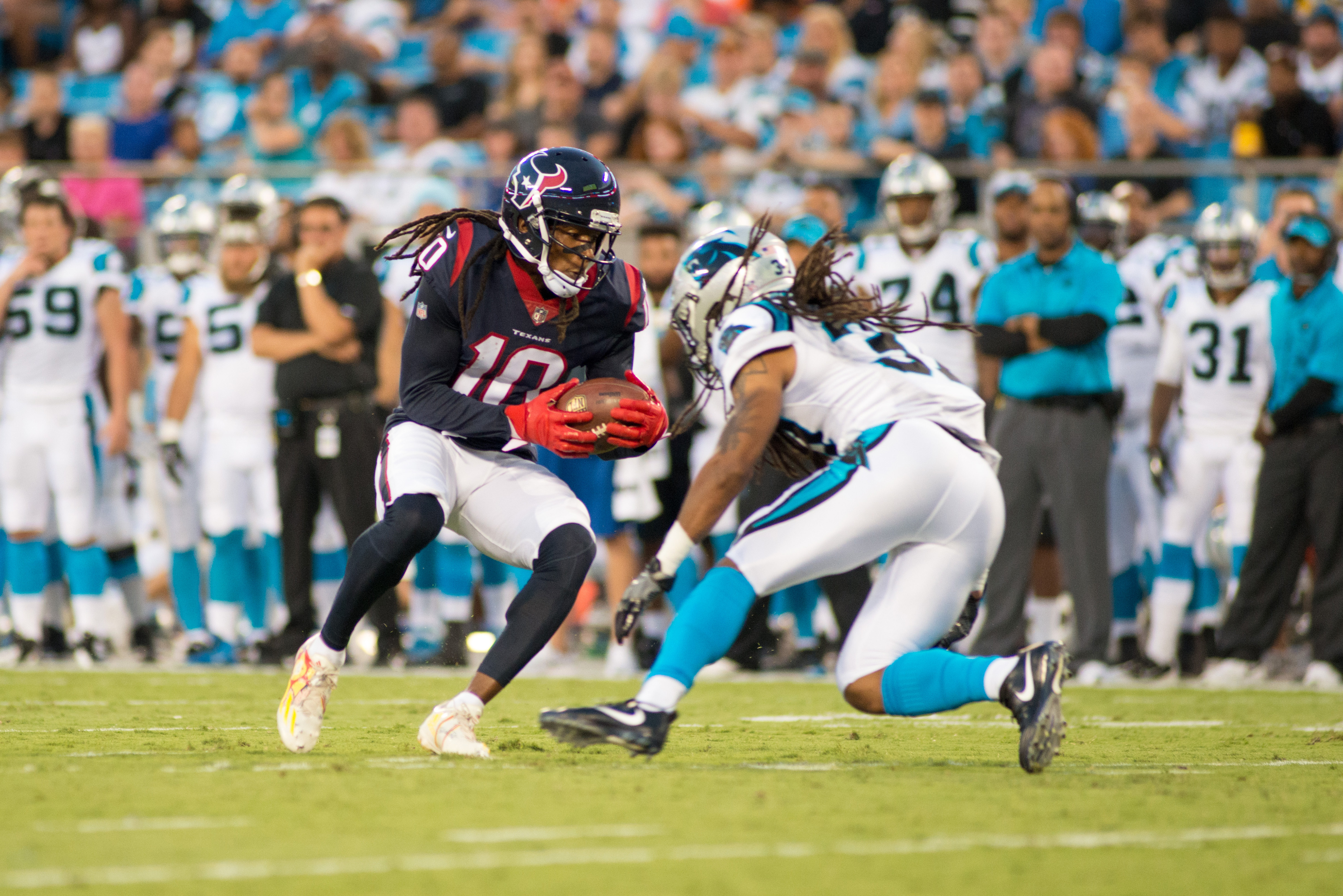 Tigers in the NFL: Week 1

Each week, Tigers in the NFL reports on how former Clemson standouts are doing in the NFL. Here is a look at what went down in Week 1.

With over three dozen former Tigers occupying spots on NFL rosters at the start of the 2017-2018 season, Clemson’s presence should definitely be felt quite prominently in the professional ranks this fall. Week 1 was a rather significant week for Clemson alumni in the NFL, particularly with regard to some notable debuts for rookies and veterans alike. Here is a look at how the men who once donned the orange and regalia uniforms fared to start the NFL season.Rookie quarterback Deshaun Watson made his much-anticipated professional debut with the Houston Texas on Sunday and played quite well, going 12-23 for 102 yards and a touchdown through the air and collecting 16 yards via two carries on the ground. As fate would have it, Watson’s first career touchdown came on a pass to former Clemson wide receiver DeAndre Hopkins, who finished with seven receptions for 55 yards. The touchdown, which came on a four-yard bullet pass into the end zone, likely foreshadows several more Watson to “Nuk” connections over the course of this season.While Hopkins and Watson were both solid to begin the season, the top former Tiger during Week 1 in the NFL suited up on defense, with New York Giants middle linebacker B.J. Goodson dominating in his first career start. Amassing 18 total tackles to lead the NFL in the opening week, Goodson made the most of his starting opportunity by playing on 73 of a possible 74 defensive snaps.For the Atlanta Falcons, defensive end Vic Beasley, Jr., who led the league in sacks in 2016, picked up right where left off last year by garnering a sack in the season opener. Defensive tackle D.J. Reader and free safety Marcus Gilchrist, both of the Houston Texans, played well, with Reader picking up five tackles and Gilchrist accruing three tackles and one pass deflection. Also on the defensive side of the ball, Buffalo Bills defensive end Shaq Lawson was credited with three tackles and a pass break-up, while Washington Redskins cornerback Bashaud Breeland accrued a pair of tackles and one pass deflection.

On the receiving front, fourth-year wideout Sammy Watkins made an impact in his debut with the Los Angeles Rams, hauling in five catches for 58 yards. Like Watkins, Chandler Catanzaro, Clemson’s all-time leading scorer, lived up to the billing in his first game with a new club. The kicker went 2-2 on field goal attempts for the New York Jets on Sunday, sending a 52-yarder through the uprights for the third-longest field goal of the week.