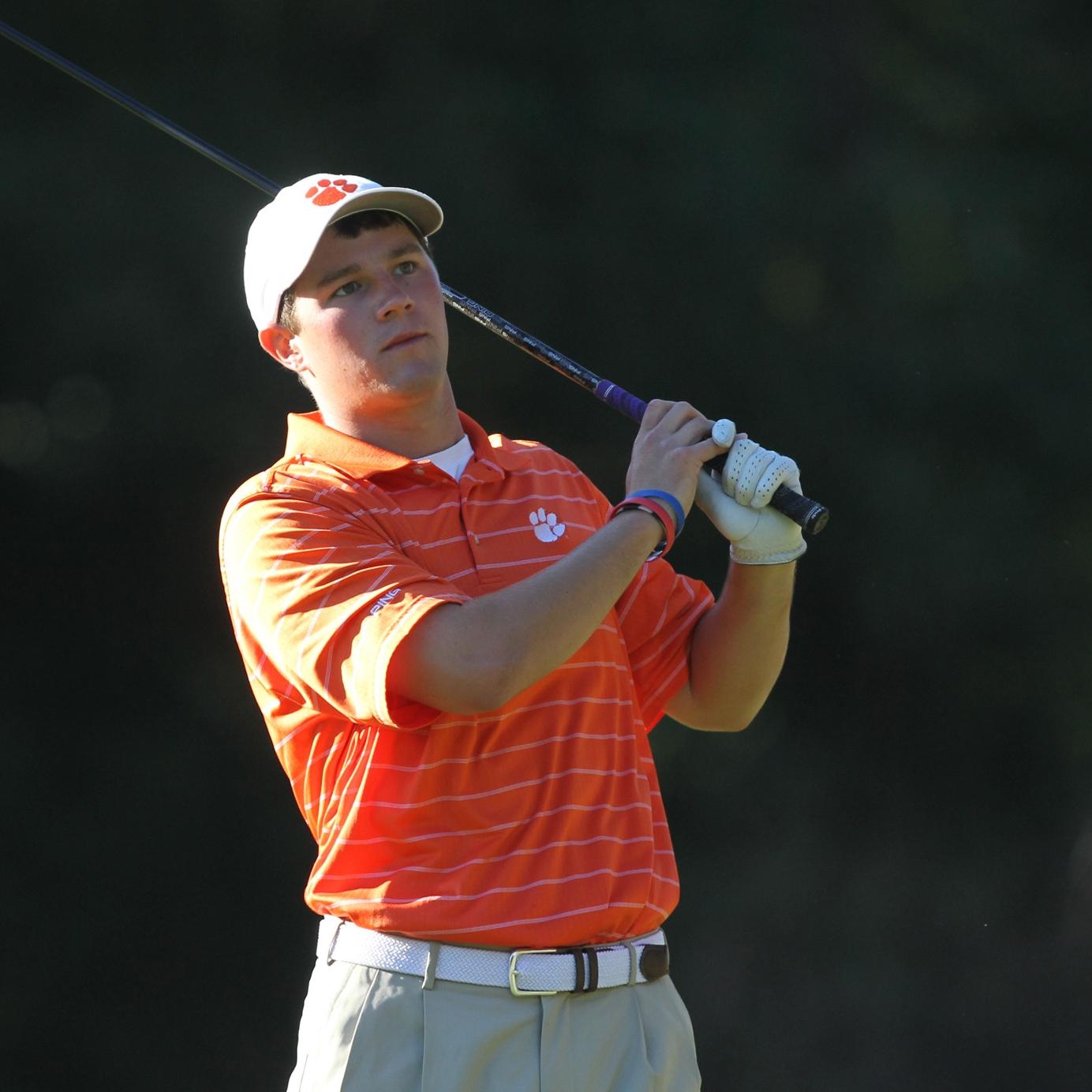 Tigers in 8th Place after 2 Rounds at Linger Longer

Clemson, S.C.—Miller Capps and Billy Kennerly both had a pair of under-par rounds on Saturday to lead Clemson to a 574 team score and an eighth place ranking out of 15 teams after 36 holes of the Linger Longer Invitational at Reynolds Plantation in Greensboro, Ga.  The 15 team will conclude play in the 54-hole event on Sunday.

Kennesaw State holds the team lead at 553, while third ranked Texas is second at 557.  Clemson had team rounds of 285 and 289 on Saturday to finish at two under par for the 36 holes played in perfect weather on the par 72 Great Waters Course.

Capps had rounds of 71 and 70 in leading the Tigers with a 141 total over the first 36 holes.  The junior is tied for 16th in the individual race.    His second round 70 moved him from 29th to 16th in the standings.  He finished his second round with a pair of birdies.  He birdied the first hole and the 18th hole in each round.

Kennerly, a senior who has a 71.00 stroke average entering the tournament, fittingly had a pair of 71s on Saturday and his 142 total stands in a tie for 21st place.  Kennerly was his consistent self throughout the day.  He had 15 pars in his first round.  The highlight of his second round on Saturday was an eagle three on the par five 12th hole that is 559 yards in length.

Stephen Behr was Clemson’s third best player with rounds of 71-74 and he stands in 46th place individually.  His day included eight birdies.  Cody Proveaux, Clemson’s top player for the season entering the event, had four double bogeys over his two rounds and had rounds of 73-74.   He did have nine birdies, tied for the most among Clemson players.

All 15 teams will start play on Sunday morning at 8:30 am.  Scores can be followed on golfstat.com