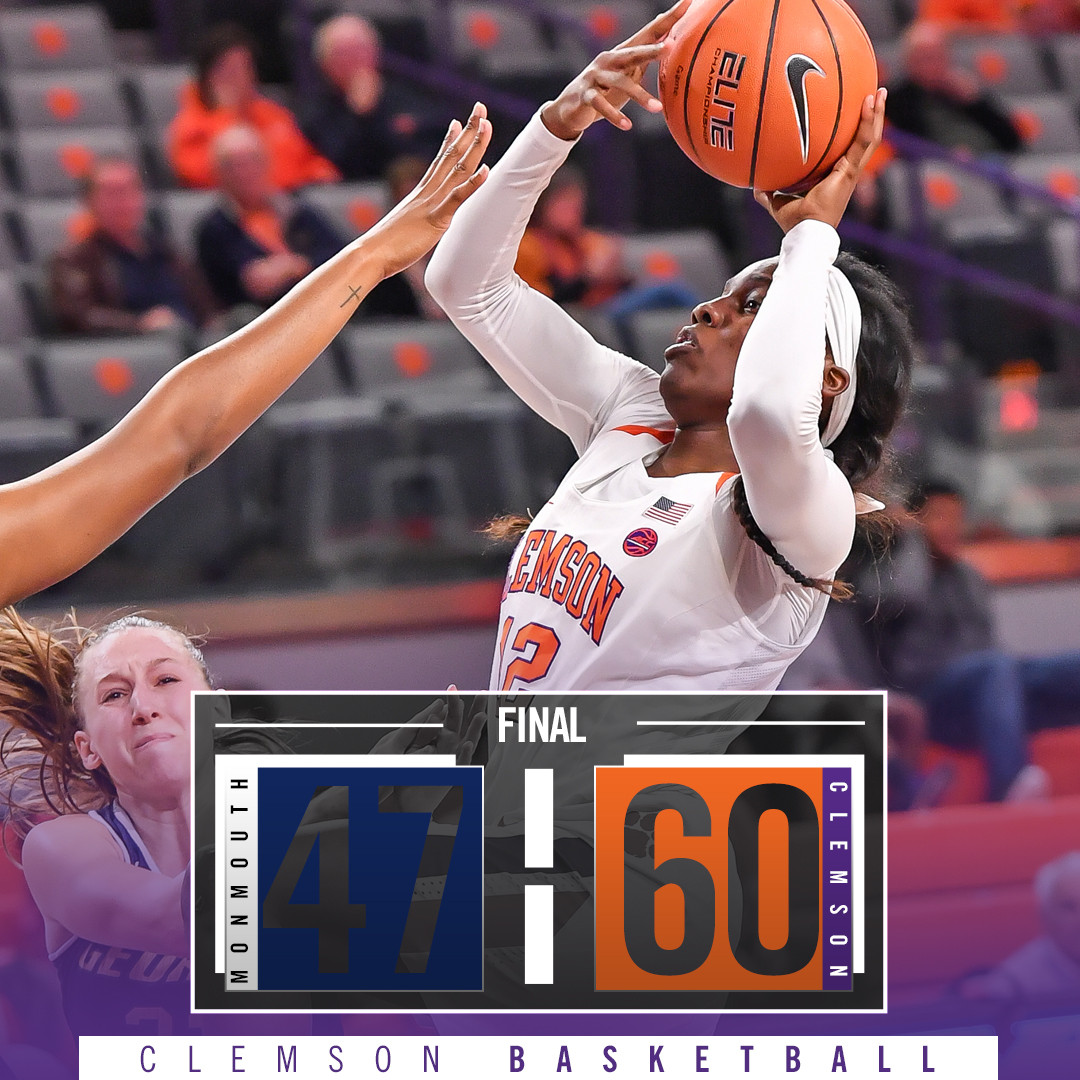 CLEMSON, S.C. – Sophomore Danielle Edwards’ 15 second-half points helped solidify a 60-47 victory for the Clemson women’s basketball team over Monmouth (1-2) on Saturday afternoon in West Long Branch, N.J. The win puts the Tigers at 4-0 to open the season, the first 4-0 start for the program since 1998-99.

“I’m pleased with the way we played,” said Head Coach Audra Smith. “Monmouth made a valiant run in the fourth quarter, but we were able to stay relaxed and maintain our composure. I thought we shared the basketball well today, and did a good job of getting the ball inside. The two threes that Danielle Edwards hit down the stretch were huge for us. Starting off 4-0 is crucial for this team. We’re still a very young team, and to pull off a road win in a tough venue like this is tremendous for our confidence.”

Clemson jumped out to an early lead behind the play of Camden, N.J. native Nelly Perry. The junior wing knocked down a three-pointer in the first 30 seconds of the game, and the Tigers’ hot shooting continued the rest of the quarter, as Clemson had a 23-5 after the first 10 minutes. The shooting cooled off, but Clemson still maintained a lead of 36-19 at halftime, with Perry’s 10 points, along with eight by sophomore Aliyah Collier and six by freshman Kobi Thornton.

Monmouth fought back to cut the deficit to six points with less than five minutes remaining in the contest, but 10-straight points by sophomore Danielle Edwards, including back-to-back threes, put the game out of reach.

Edwards finished with a game-high 19 points, along with seven rebounds, four steals and two assists. Collier and Perry were also in double figures in scoring, with 13 and 12 points, respectively, while Collier also added nine rebounds and four steals. Alexis Carter finished the day with six assists, a career high for the junior. As a team, Clemson outrebounded the Hawks 47 to 33, which included 19 offensive boards. The Tigers also forced 25 Monmouth turnovers.

The Tigers return home to Littlejohn Coliseum to host Louisiana Tech on Tuesday, Nov. 22. Tipoff between Clemson and the Bulldogs is set for 5 p.m.