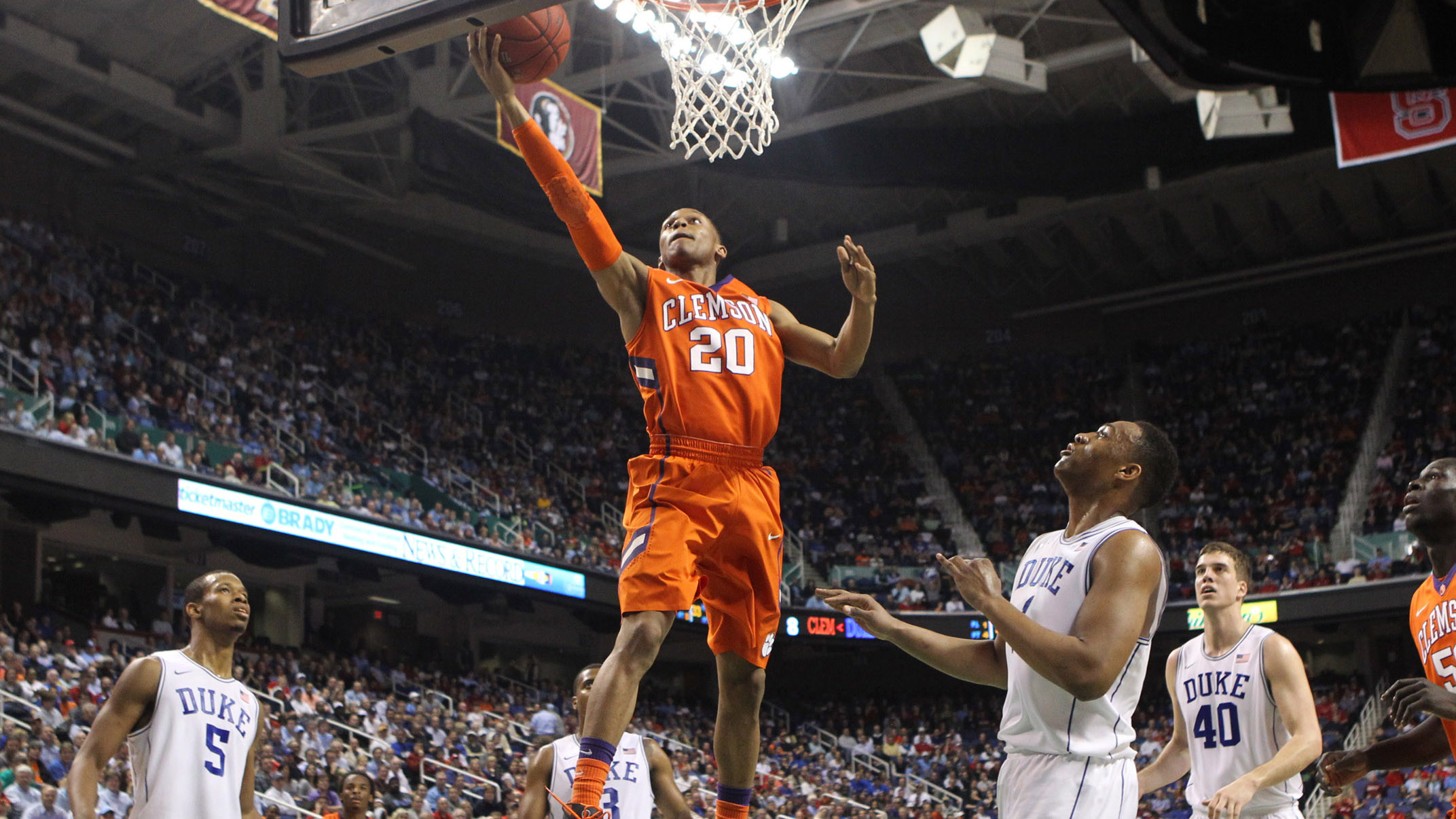 CLEMSON, S.C. – In its earliest tipoff since the 2011 Diamond Head Classic opener, Clemson hosts Illinois Sunday at 11 a.m. in the second round of the National Invitation Tournament. Gates open at 9:30 for the first meeting between the Tigers and Fighting Illini since the 2009 ACC/Big Ten Challenge in Clemson. Sunday’s winner moves on to the NIT quarterfinals to take on the winner of Friday’s game between Belmont and Robert Morris.

GAME SETUP CLEMSON (21-12) vs. ILLINOIS (20-14)Tipoff: Sunday, March 23 (11 a.m.)Radio: CTSN (Pete Yanity-pbp; Roy Philpott-color)TV: ESPN (Rich Hollenberg-pbp; LaPhonso Ellis-color) • Clemson and Illinois meet for the first time in the postseason, and for the fifth time in the series. The Illini have a 3-1 advantage all-time over the Tigers, including the most recent meeting in Clemson in the 2009 ACC/Big Ten Challenge. • The Tigers are coming off their 10th straight home NIT win, 78-66 over Georgia State. K.J. McDaniels matched career highs with 30 points and 14 rebounds, while adding five blocks.

QUICK HITS • The winner of Sunday’s game takes on the winner of Belmont and Robert Morris on Tuesday, March 25 at either 7 or 9 p.m. on ESPN2. • Clemson’s eight-game improvement in the win column from last season is tied for the second-best jump in school history. The record is a 10-game improvement by the 1937-38 team that went 16-7 one season after recording a record of 6-15. • For the first time in its history, Clemson has two players with at least 60 blocked shots in the same season. • K.J. McDaniels currently has top-10 single season marks in Clemson history for points (575), free throws made (148), blocks (91) and dunks (48). • Over the last nine games, Damarcus Harrison has posted seven double figure scoring efforts and averaged 12 points per game. He is shooting 46 percent from the floor during that stretch. • Redshirt freshman Jaron Blossomgame suffered a bruised leg in the win over Georgia State, and is likely out for Sunday’s game against Illinois.