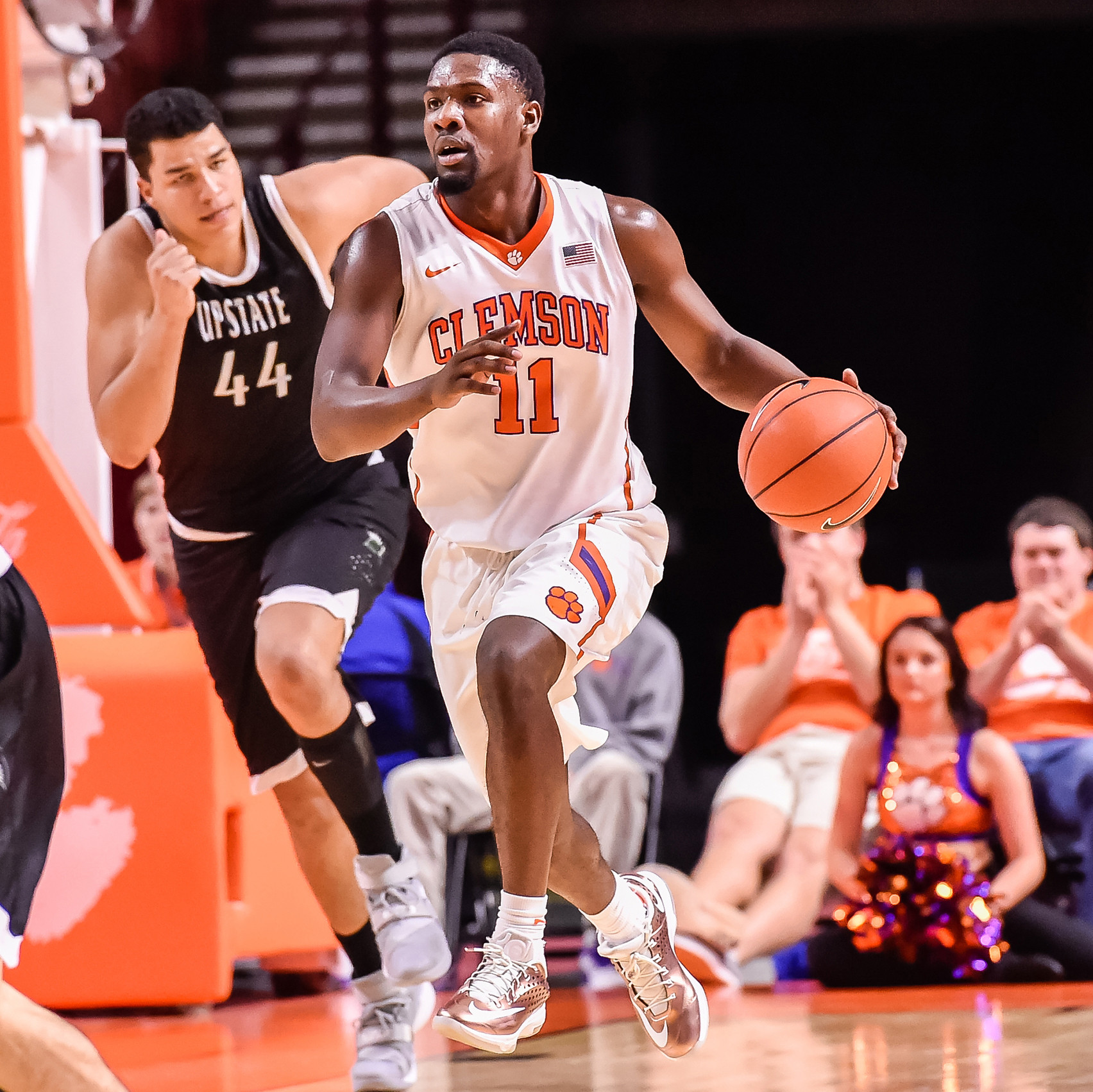 • Clemson rebounded from a Monday loss in the Big Ten/ACC Challenge to notch a 76-56 win over USC Upstate less than 48 hours later.

• In the win over the Spartans, the Tigers made 13 three-pointers. It was the first time in program history Clemson made 13 or more in consecutive games, as the Tigers made 14 Monday at Minnesota.

• Former Clemson manager Dustin Kerns is a member of Mike Young’s coaching staff at Wofford, and is in his fifth season with the Terriers.

• Tiger players have combined to post seven games with at least 20 points this season, already more than the entire 2014-15 season (31 games) combined.

• This is Clemson’s first meeting with Wofford since 2010-11, when Brad Brownell’s team won 78-70 in the second game of his Tiger coaching tenure. Jerai Grant led five scorers in double figures with 13 points, in a game that featured 51 combined fouls.

• Avry Holmes contributed his highest point total in a Clemson uniform in Wednesday’s victory over USC Upstate. The junior transfer from San Francisco had 20, making 7-9 shots. He leads the Tigers with 15 three-point goals and is second on the team with 26 assists this season.

• Legend Robertin played his first career minutes as a Tiger in the win over Upstate, contributing four points. He went down with a knee injury late and did not return, and is questionable for Sunday’s game.