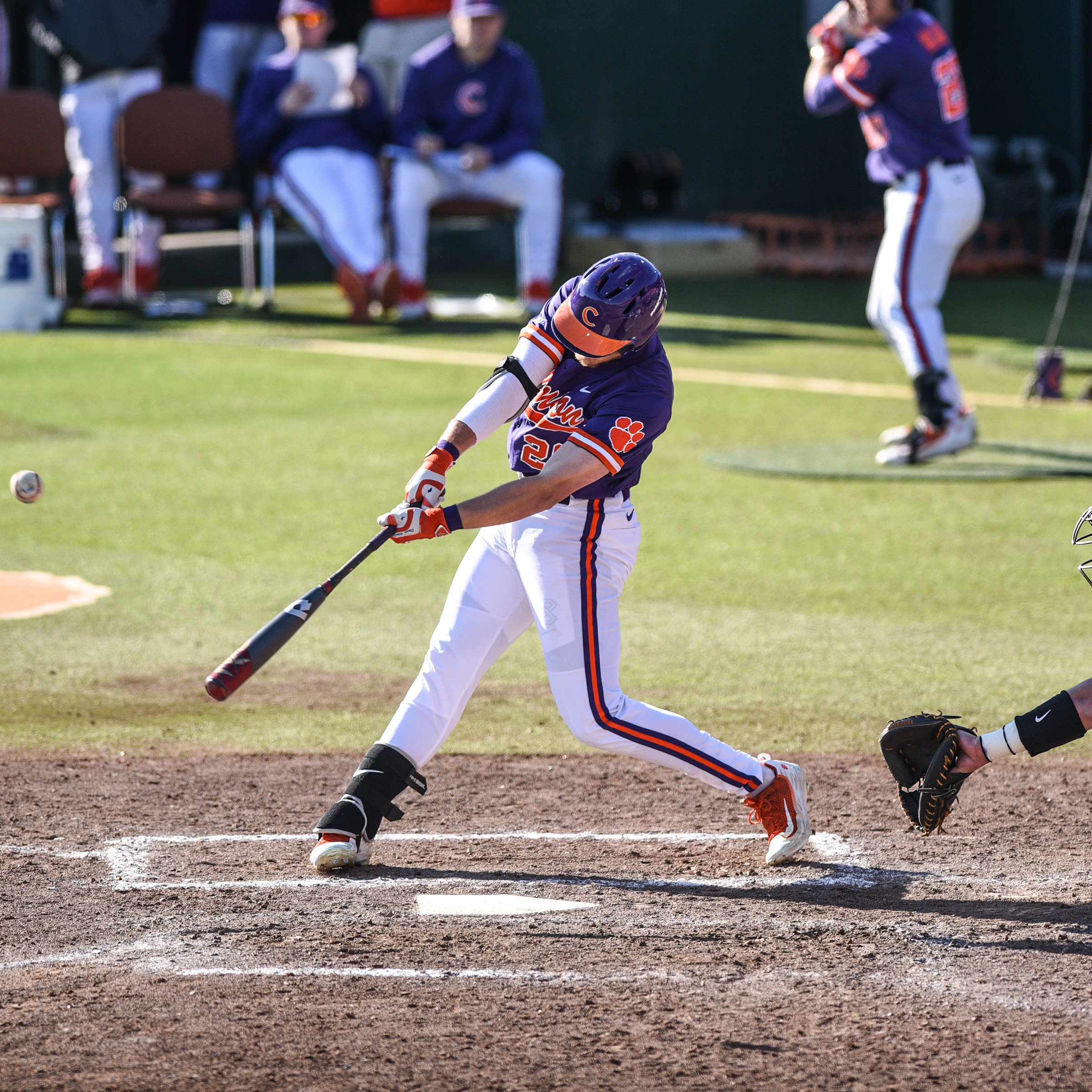 Clemson concludes its seven-game homestand to start the season against Wofford at Doug Kingsmore Stadium.

CLEMSON OVERVIEW• Clemson swept James Madison by a combined score of 27-4 in three games last weekend.• The Tigers are averaging 9.7 runs per game and hitting .322 with a .439 on-base percentage and eight steals.• The pitching staff has a 2.17 ERA, .213 opponents’ batting average and 2.81 strikeout-to-walk ratio and Clemson is fielding .973.

WOFFORD OVERVIEW• Wofford is led by ninth-year head coach Todd Interdonato.• The Terriers won all three games last weekend against three teams. They are hitting .345 and have a 4.43 ERA and .984 fielding percentage.• McClain Bradley is hitting .520 with three doubles, eight RBIs and six steals, while righty Will Stillman has five saves in five outings.

QUICK HITS• Clemson has outscored the opposition 55-10 during its five-game winning streak.• Tiger leadoff batters have reached base in 25 of the 49 innings (51 percent).• Clemson’s bullpen has allowed just 12 hits (.154 opponents’ batting average) and two runs (0.81 ERA) in 22.1 innings pitched.

BEER MAKING A NAME FOR HIMSELF• Freshman Seth Beer graduated high school a semester early and is starring for the Tigers in what should be his senior year of high school.• He has made three starts in right field and three as the designated hitter.• He is hitting .400 with two homers, nine RBIs and a team-high .520 on-base percentage in six games.• Seven of his nine RBIs are two-out RBIs.• In the last four games, he is 7-for-12 (.583) with two homers, seven RBIs and four runs.• He hit his first career home run, a grand slam, against Maine on February 21.