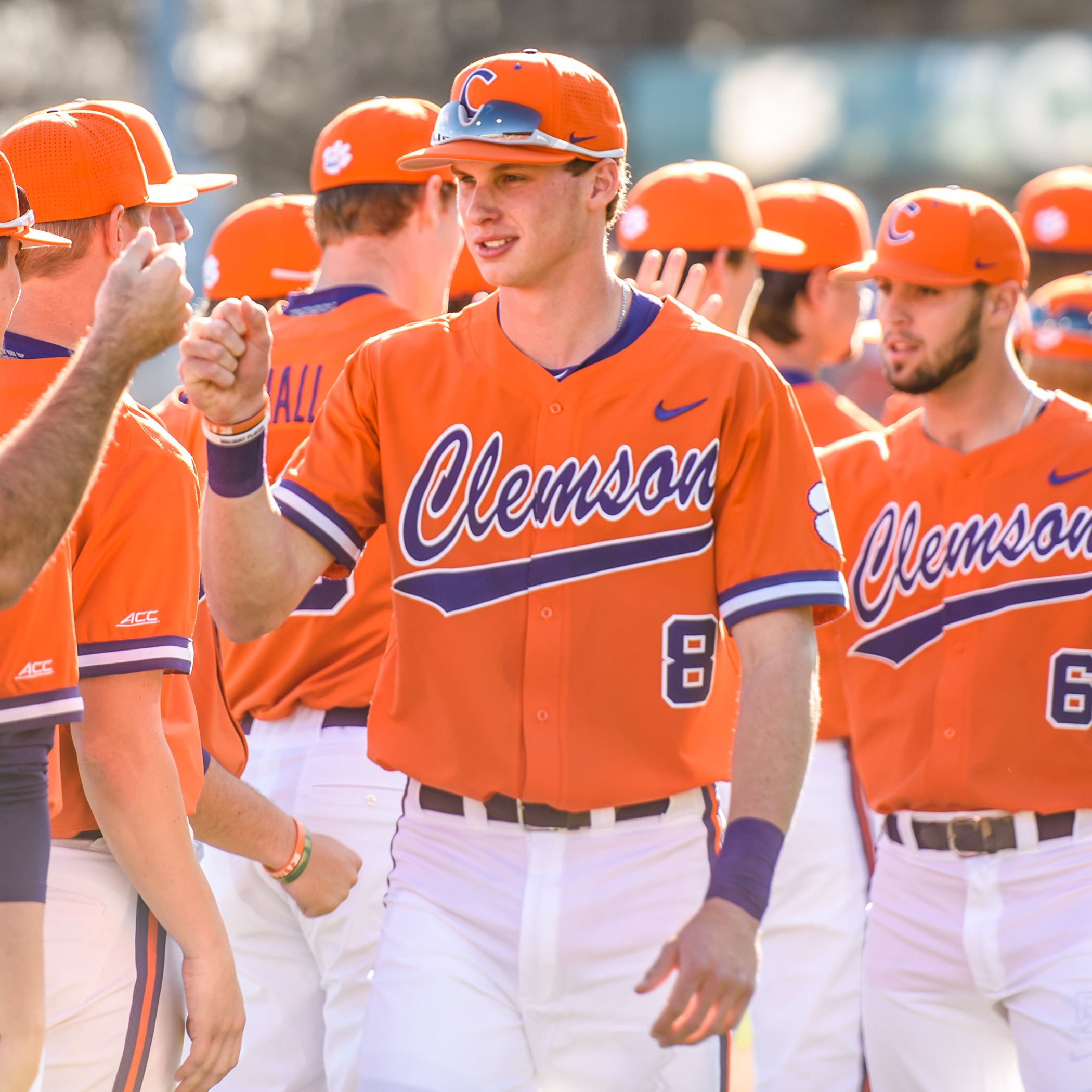 The Tigers continue their homestand with a Tuesday midweek game against Wofford at 4 p.m.

CLEMSON OVERVIEW• Clemson swept Elon in a three-game series at Doug Kingsmore Stadium last weekend.• The Tigers are averaging 5.7 runs per game and hitting .288 with a .402 on-base percentage and five steals.• The pitching staff has a 3.09 ERA, .252 opponents’ batting average and 6.69 strikeout-to-walk ratio and Clemson is fielding .974.

WOFFORD OVERVIEW• Wofford is led by 10th-year head coach Todd Interdonato.• The Terriers won one of three home games last weekend. They are hitting .231 and have a 7.50 ERA and .976 fielding percentage.• Reed Massey is hitting .407 with four RBIs and five steals, while Kody Ruedisili has totaled five steals.

QUICK HITS• Clemson is 5-0 when outhitting its opponents and 0-2 when being outhit in 2017.• Clemson pitchers combined for 42 strikeouts against only three walks in 31.0 innings pitched in the Elon series last weekend.• Despite starting just four games, Robert Jolly leads the team in runs (8).

PINDER LEADING IT OFF AGAIN• Junior Chase Pinder is back in the leadoff spot in 2017 after playing in that role during the entire 2016 season.• The outfielder is hitting .423 with two doubles, six RBIs and a .483 on-base percentage in six games.• He started the season 1-for-8 while battling illness, but in the last four games, he is hitting .556 with two doubles and six RBIs.• In his career, he is hitting .288 with 18 doubles, three triples, 14 homers, 78 RBIs, 91 runs and a .397 on-base percentage in 116 games.