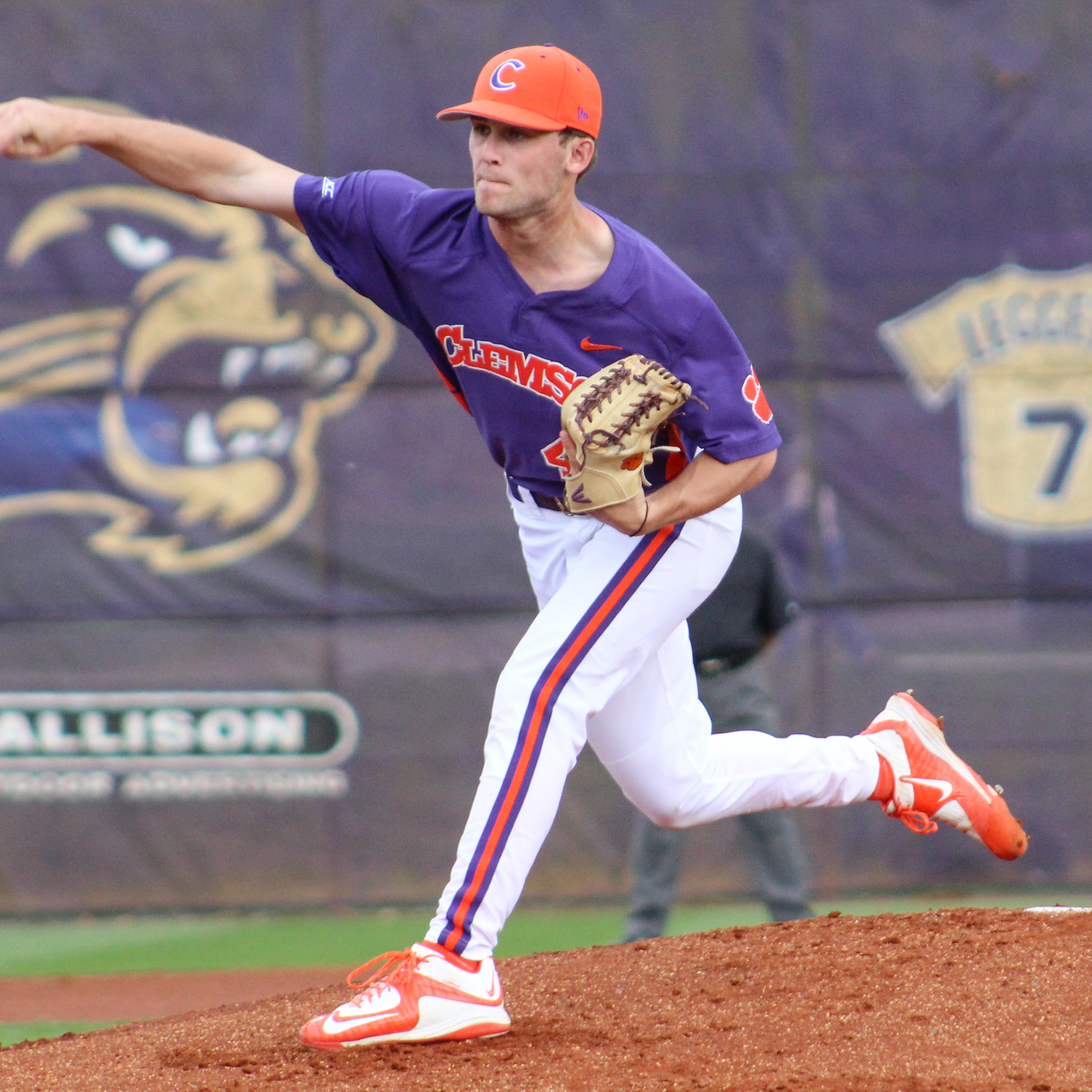 CLEMSON OVERVIEW• Clemson won two of three games at Boston College over the weekend.• The Tigers are averaging 5.9 runs per game and hitting .280 with a .367 on-base percentage and 42 stolen bases.• The pitching staff has a 3.80 ERA, .257 opponents’ batting average and 2.57 strikeout-to-walk ratio and Clemson is fielding .963.

WESTERN CAROLINA OVERVIEW• Western Carolina is led by eighth-year head coach Bobby Moranda.• The Catamounts won one of three games at Mercer over the weekend. They are hitting .297 and have a 6.07 ERA and .957 fielding percentage.• Bradley Strong is hitting .392 with 13 doubles, four triples, two homers, 34 RBIs and 17 stolen bases.

GARDNER-WEBB OVERVIEW• Gardner-Webb is led by 13th-year head coach Rusty Stroupe.• The Runnin’ Bulldogs were swept at Charleston Southern last weekend. They are hitting .245 and have a 4.04 ERA and .970 fielding percentage.• Ryan Hodge is hitting .313 with 10 doubles, two homers, 18 RBIs and 10 steals, while Sam Fulginiti is batting .295 with 20 RBIs.

QUICK HITS• Clemson is 6-5 in its last 11 games. All five of those losses were by one run.• Clemson is scheduled to play its last 20 regular-season games in the states of South Carolina, Georgia or Florida.• Head coach Jack Leggett served as the head coach at Western Carolina for nine seasons from 1983-91.