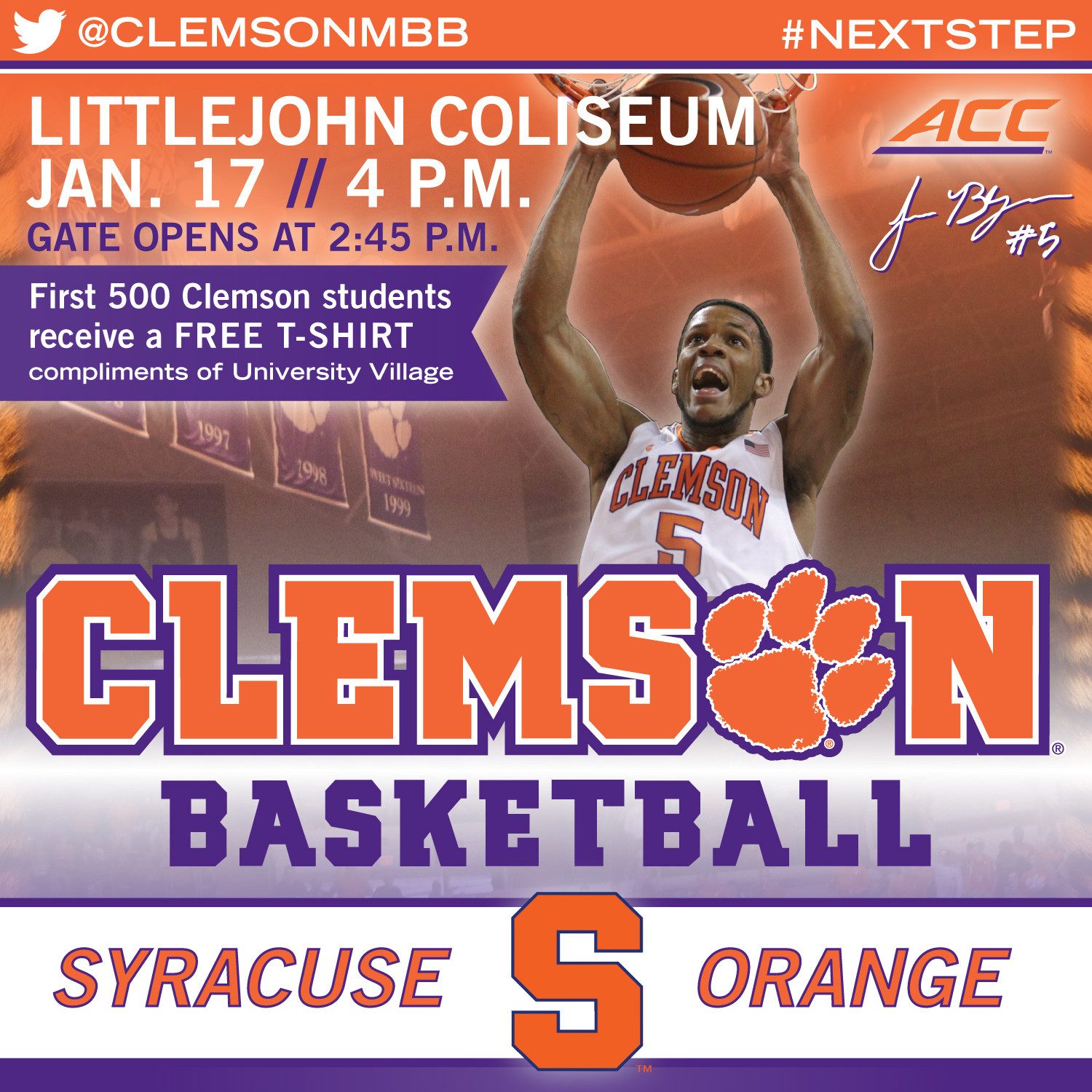 • Clemson is in search of its fourth top-100 RPI win of the season Saturday. The Tigers have claimed wins over Arkansas (16), LSU (36) and Pittsburgh (79) already this season.

• This is Syracuse’s first game in Littlejohn Coliseum since the 2007 NIT quarterinals, when Clemson won 74-70.

• For the third time in five games to open the ACC regular season, Clemson faces a team coached by an active member of the Naismith Memorial Hall of Fame. Jim Boeheim was inducted in 2005.

• When the Tigers face Boeheim’s Syracuse team Saturday, they will have played all five of the active Naismith Memorial Hall of Fame college coaches over the last 22 games dating to the 2013-14 season.

• The Tigers have out-rebounded their last three opponents, including +17 over Pittsburgh on Jan. 10.

• Jaron Blossomgame saw a 13-game streak of double-figure scoring snapped in Clemson’s loss at Virginia, but the sophomore still led the Tigers with nine points and 10 rebounds, his seventh double-figure effort on the boards.

• The first 500 Clemson students through the gate receive a free t-shirt courtesy of University Village.

• The Russell Athletic Bowl Champion football team will be honored at halftime.