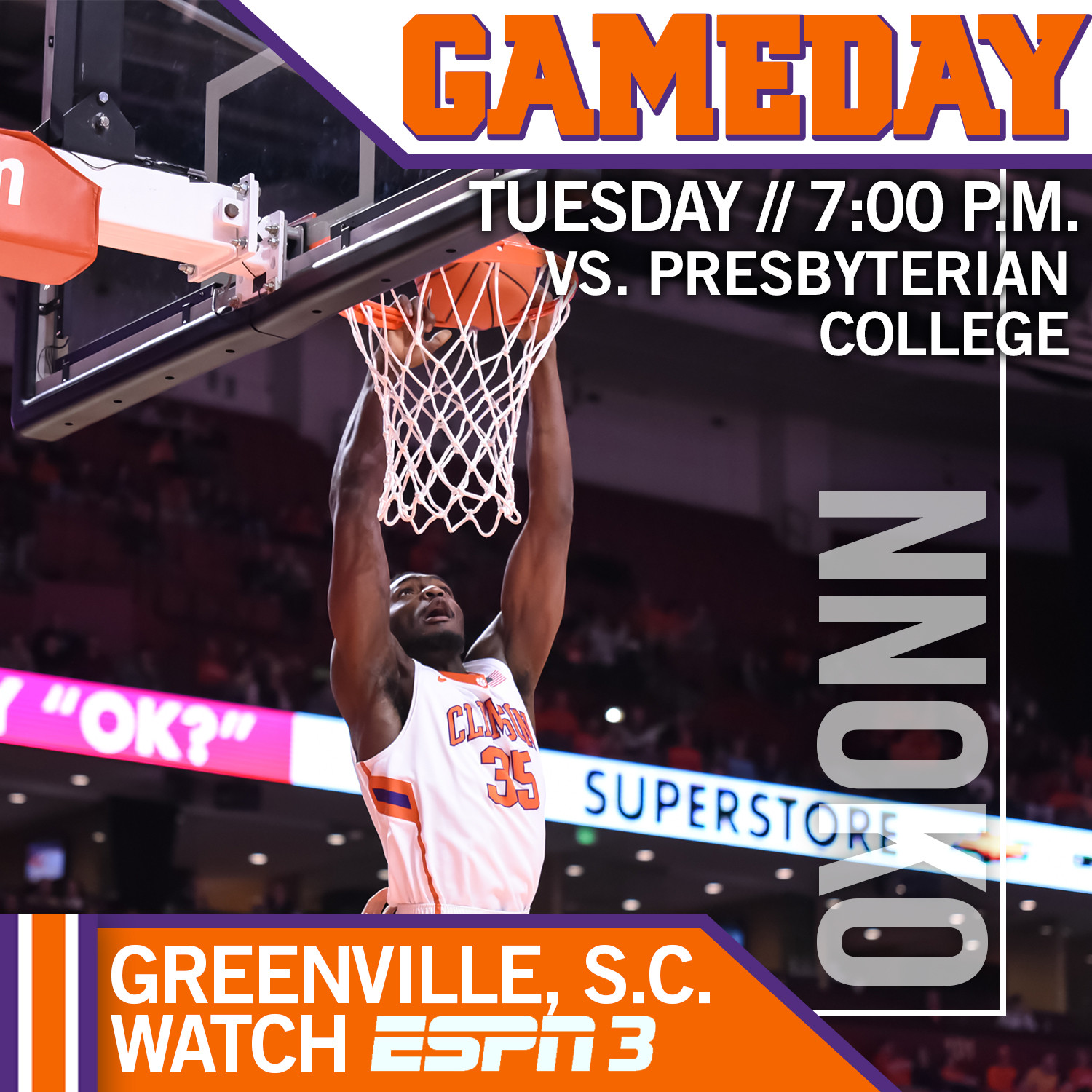 • Clemson looks to bounce back less than 48 hours after a tough one-point loss to Alabama. The Crimson Tide stole an inbounds pass and dunked the go-ahead basket with 25 seconds left Sunday.

• The Tigers last met Presbyterian College in the 2012-13 season. Clemson has won seven straight in the series, all since 1972-73.

• PC is one of Clemson’s oldest rivals, as the series dates to 1915-16, the fourth season in Tiger men’s basketball history.

• Presbyterian assistant coach Cassius Bosket was a manager for the Tigers from 2009-13.

• The Tigers are coming off a season-high 10 blocks against Alabama, four by center Landry Nnoko. He also led Clemson in scoring for the first time this season with 15 points.

• Clemson was out-rebounded by 14 in the game against Alabama, the program’s most lopsided deficit on the boards since the ACC opener last season against North Carolina.

• Avry Holmes continued his hot shooting with a 2-4 performance outside the arc Sunday; he now has multiple three-point goals in six straight games and is 16-31 over that stretch (.516).