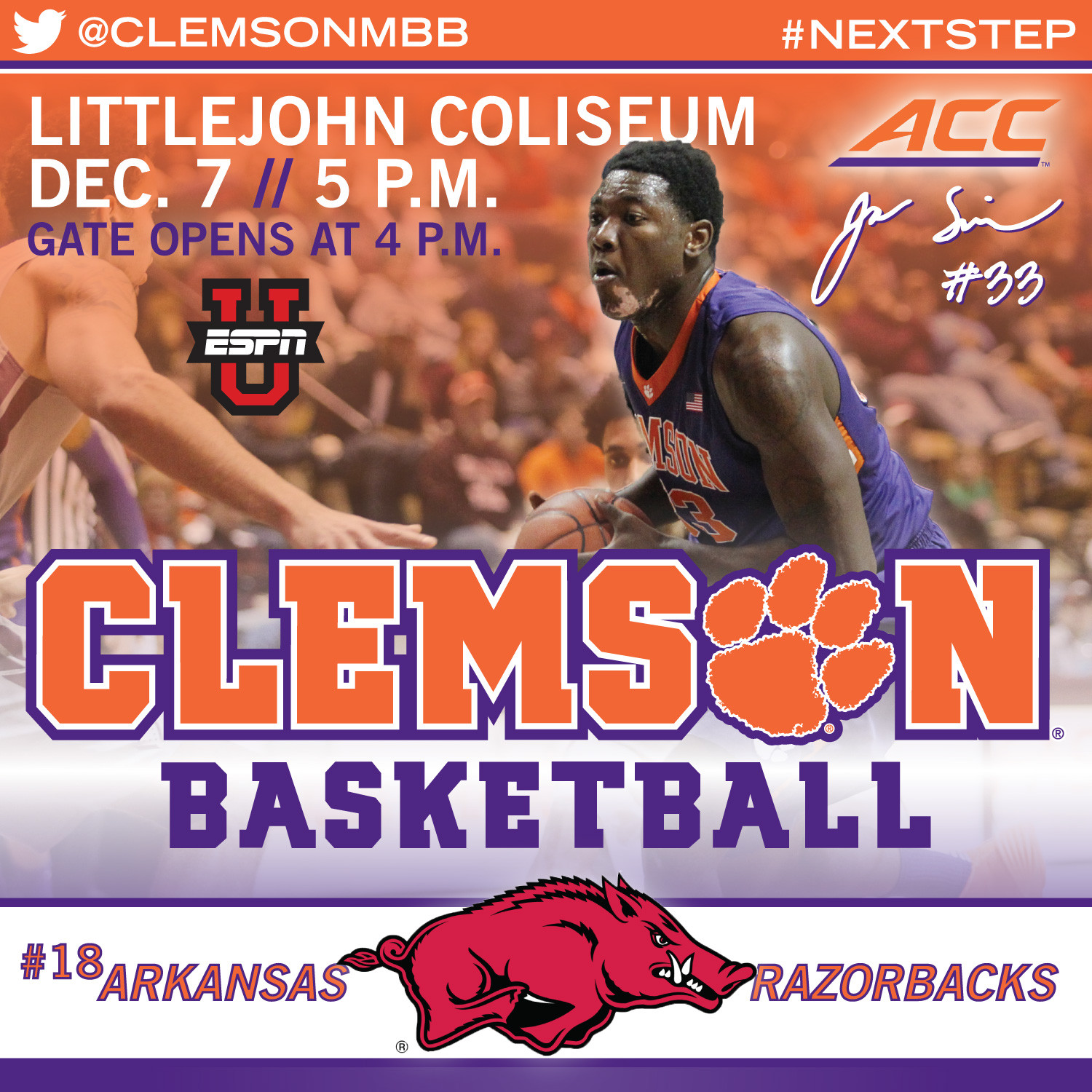 • Clemson looks to rebound off a 69-64 loss to Rutgers in the ACC/Big Ten Challenge against Arkansas, who won last season over the Tigers 74-68 in Fayetteville.

• Arkansas is only the seventh ranked non-conference opponent to play at Clemson, and first since No. 8 Arizona came to Littlejohn in 2012-13.

• Sunday’s game is the first of three straight vs. SEC teams.

• Sunday’s game has been designated Scout Day. Boy Scouts and Girl Scouts all receive free admission by wearing his or her uniform. Go to the East Gate Box Office to redeem the free ticket.

• Clemson has already bagged a win over an SEC team this season, a 64-61 thriller in the final round of the Paradise Jam on Nov. 24.

• The Tigers have had five of seven games decided by five points or less. The next closest in the ACC is two, for several teams. Four conference teams have yet to have a game decided by five or less.

• Harrison leads the Tigers in scoring with a career-best 11.9 points per game figure; he is also Clemson’s top percentage (.800) free-throw shooter.

• Jaron Blossomgame has produced three consecutive double-doubles, the first Tiger to achieve that since Trevor Booker in 2008-09.

• Landry Nnoko needs just four blocked shots to reach 100 for his career; Nnoko ranks third in the ACC in blocks per game (2.6).