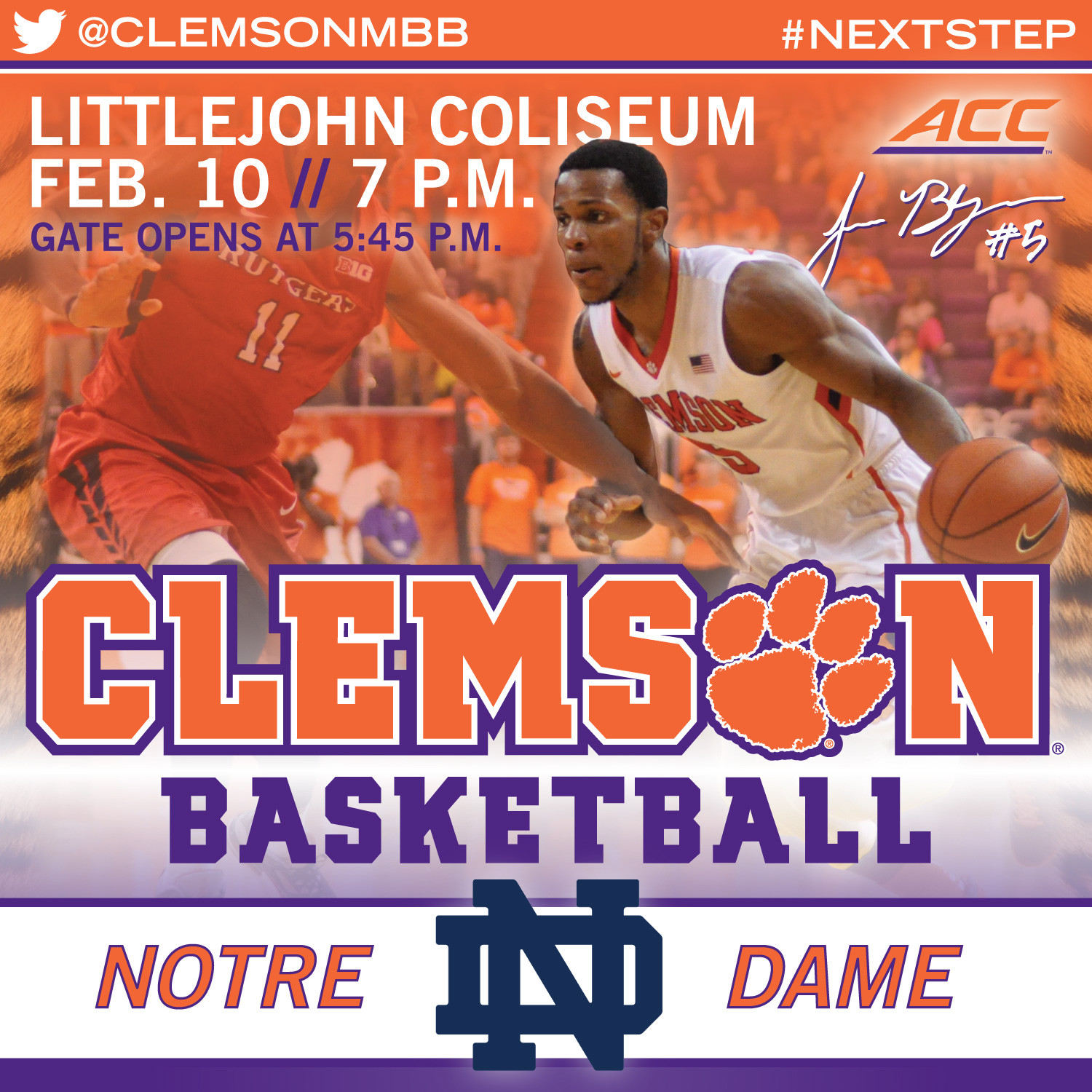 • Clemson returns home after a two-day turnaround following Sunday’s game at Miami to face a No. 10 Notre Dame team.

• Tuesday’s game is the first time Clemson has hosted the Fighting Irish in Littlejohn Coliseum. Notre Dame won the first ever meeting between the two in South Bend last season.

• This is the second straight season Clemson has just one day to prepare for Notre Dame. Last year, the Tigers lost in double overtime in South Bend two days after playing on the road at Syracuse.

• Clemson has held its last five ACC opponents under 40 percent shooting, the first time that has been achieved by the Tigers in 62 seasons in the conference.

• Jordan Roper is riding a five-game double-figure scoring streak, the longest of his 88-game career.