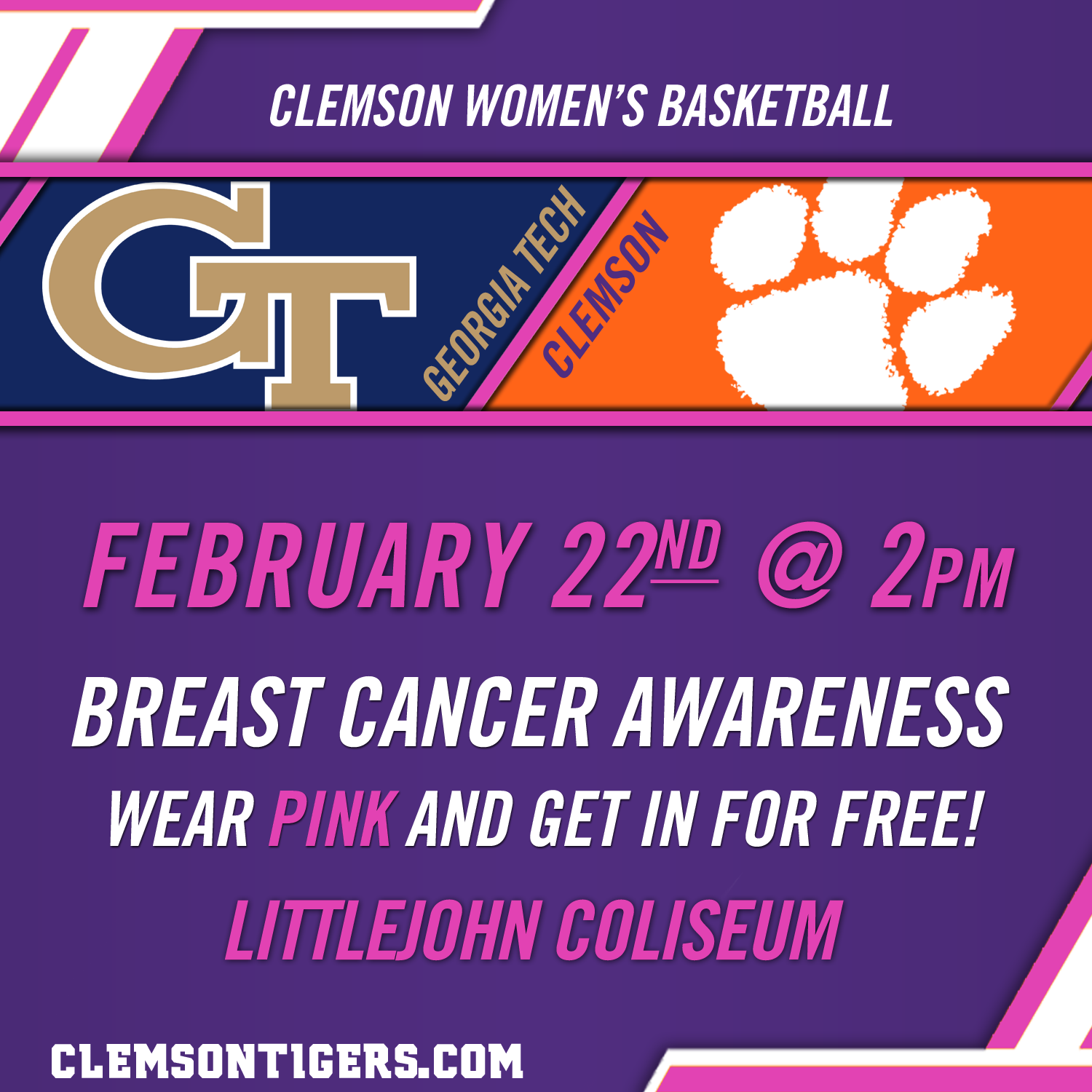 CLEMSON, S.C. – Clemson returns home to Littlejohn Coliseum to take on the Georgia Tech Yellow Jackets on Sunday at 2 p.m. in a Play4Kay game. Fans will receive free admission if they wear pink in honor of breast cancer awareness.

Since Jan.18th, Clemson has played five teams ranked in the top 15 in both the AP and Coaches polls (UNC, Notre Dame, Duke, Louisville, FSU). Georgia Tech is the first non-ranked opponent the Tigers will face since Boston College on February 5th. Clemson is looking for their first win since defeating Virginia Tech on January 2nd in Littlejohn Coliseum.

Eleven different Tigers have scored in double-figures this season, led by Nikki Dixon (15.3 ppg), who has scored ten or more in 23 out of 26 games. Dixon has scored in double figures in 12 out of 13 ACC contests. In Clemson’s previous game this season against the Yellow Jackets on January 4th, the Tiger offense was led by Dixon (17 pts), Cha’nelle Perry (14 pts) and Chelsea Lindsay (12 pts). Clemson cut a 10-point halftime deficit to four in the second half but would not get any closer as Georgia Tech survived with an eight point win.