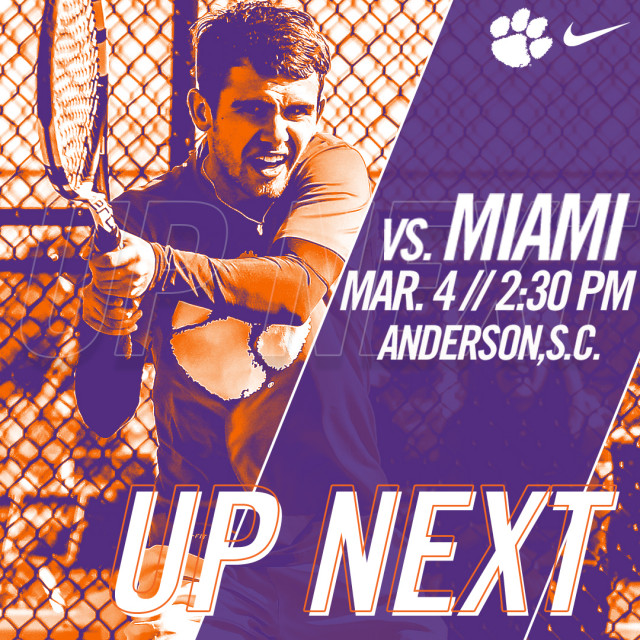 -The duo of Favrot and Simon Baudry are ranked 46th in the country according to the ITA doubles ranking that were released on Feb. 20, 2018. The two are 5-1 in dual matches at No. 1, defeating the 14th ranked team of Jose Gracia and Lucas Poullain 7-5 on Friday.

-Sam Edwards and Yizhou Liu have teamed up to form the Tigers’ No. 2 doubles team, and the two improved to 6-1 in dual matches this season after defeating the 35th ranked team of Aziz Dougaz and Guy Iradukunda, 6-3.