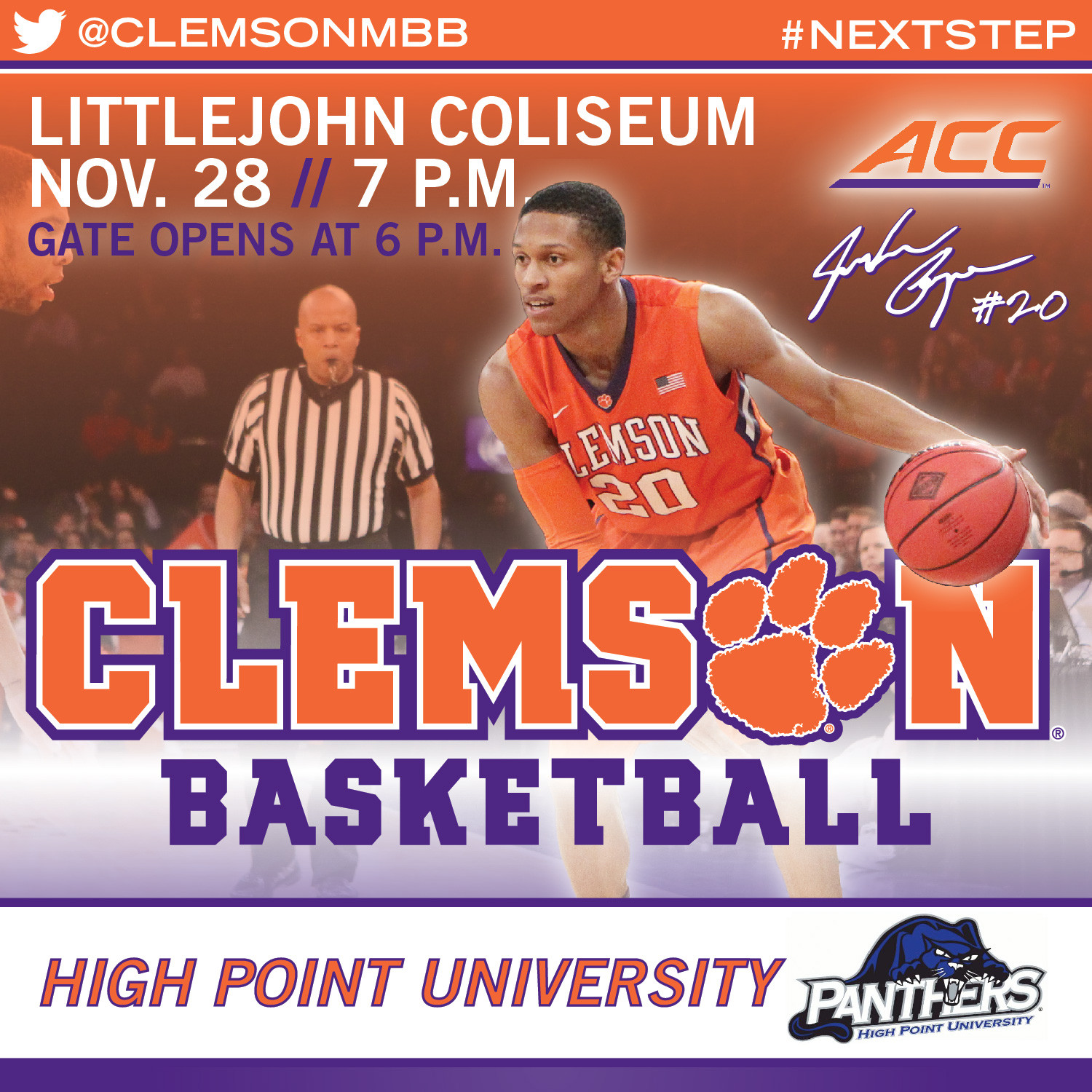 • Clemson returns to Tigertown for a four-game home stand, starting with a Friday night matchup with High Point — the first meeting between the two schools since the 2003-04 season.

• The Tigers are coming off a 2-1 record in the Paradise Jam, with wins over Nevada and LSU in the final two rounds.

• All fans who purchased a ticket to the South Carolina football game on Nov. 29 receive an email with a special “Black Friday” ticket offer of only $5.

• As a team, Clemson has held four of its five opponents to less than 40 percent on its field goal attempts. The Tigers are currently sixth among ACC teams in field goal percentage defense.

• Damarcus Harrison was named to the Paradise Jam All-Tournament Team after averaging a team-best 14.3 points per game in the event.

• Rod Hall averaged 13.0 points per game and committed only four turnovers in 109 minutes at the Paradise Jam.

• Landry Nnoko is tied with Akin Akingbala for 14th in Clemson’s record books with 92 career blocks, and needs three to move past James Mays for 13th.

• Donte Grantham set season highs vs. LSU for three-pointers (3) and assists (3), while matching his high point total with 13.