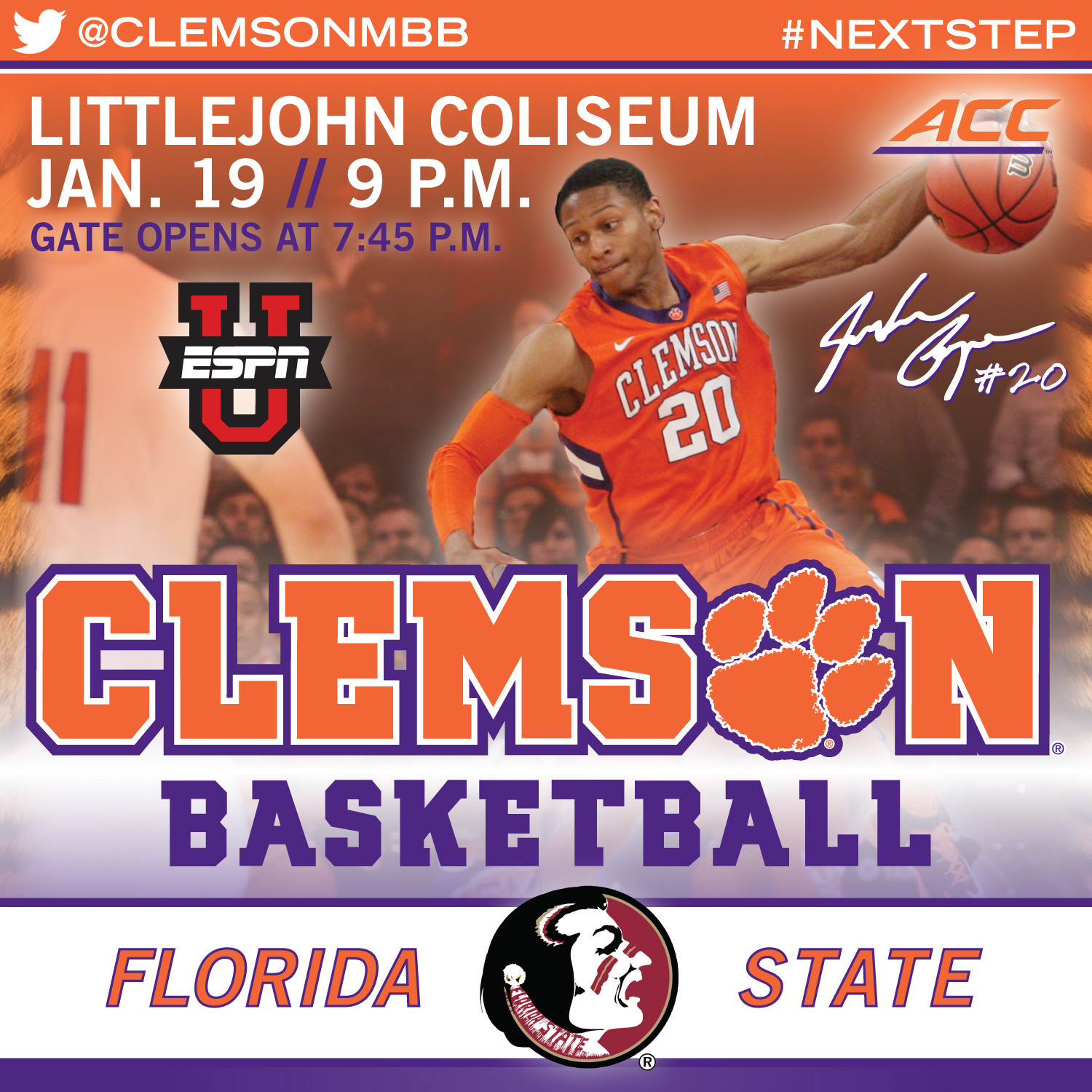 • Just over 48 hours later, both Clemson and Florida State return to the court after Saturday games. The Tigers knocked off Syracuse at home, 66-53, while the Seminoles fell at home to NC State, 72-63.

• The win over the Orange was Clemson’s second in as many chances in Littlejohn Coliseum. The 2007 Tigers previously won in the NIT quarterfinals, 74-70.

• The first 1,000 students through the doors receive a free Coca-Cola product and hot dog.

• Admission is free for all Clemson University faculty and staff with a valid ID.

• Clemson broke Florida State’s five-game winning streak in the series last season in Tallahassee, a 53-49 victory in which the Tigers overcame a three-point deficit at halftime.

• The Tigers have dropped two straight at home in the series with the Seminoles, 71-66 in 2012-13 and 56-41 last season. Clemson still has a healthy lead in the series in Littlejohn Coliseum overall, 16-9.

• Clemson has won the rebounding margin in four straight ACC games, including double digit figures in wins over Pitt (+17) and Syracuse (+10).

• The win over Syracuse was Clemson’s second in just over a calendar year over the NCAA’s two winningest all-time coaches in Division I, Mike Krzyzewski and Jim Boeheim. The Tigers beat Krzyzewski’s No. 13 Duke team on Jan. 11, 2014.

• Donte Grantham is coming off a career-high 16 points in the game against the Orange, including 4-of-8 three-point goals.

• Rod Hall is 11th on Clemson’s all-time assists list and needs three to become the ninth player in school history with at least 800 points and 350 assists.