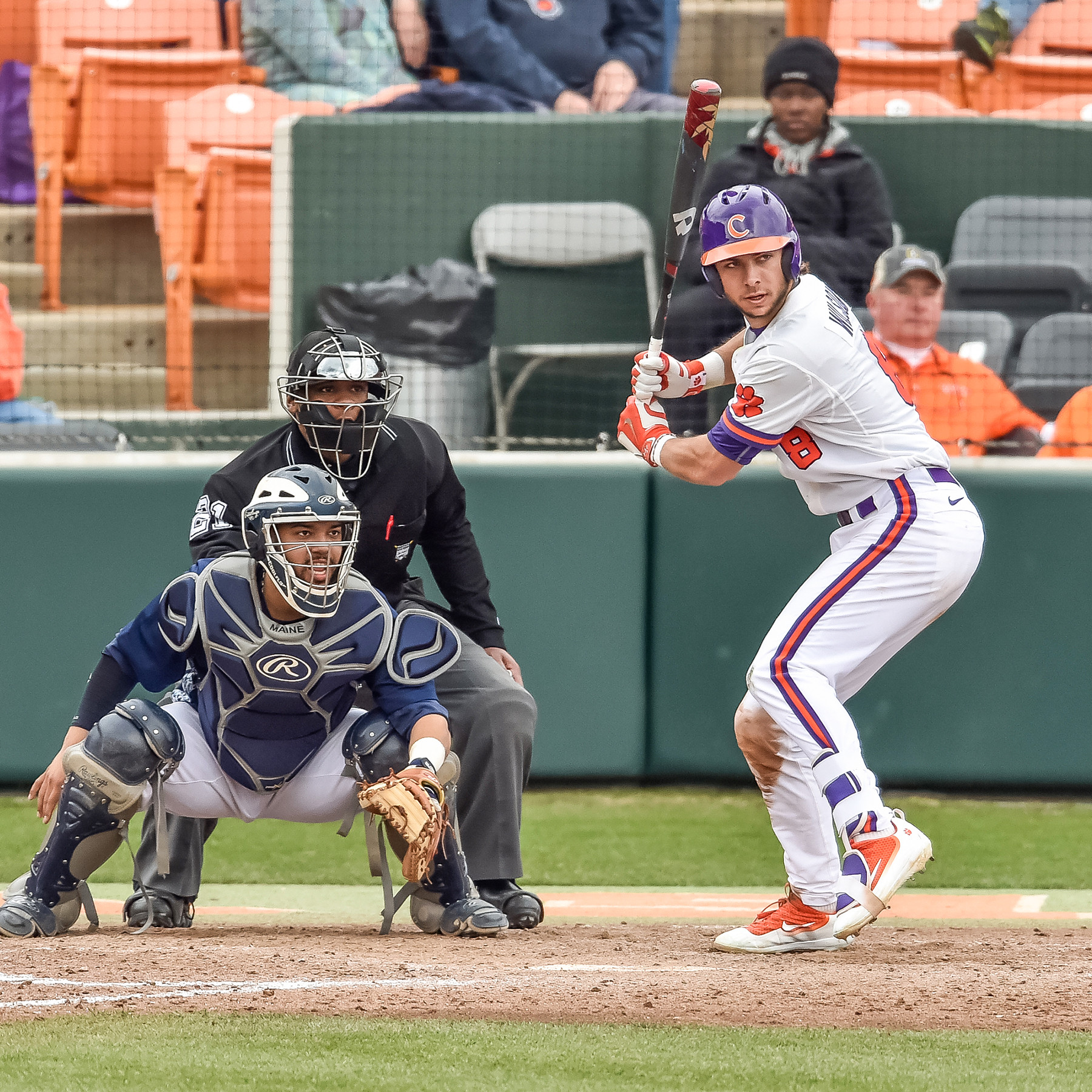 Clemson continues its seven-game homestand with a three-game series against James Madison at Doug Kingsmore Stadium this weekend.

CLEMSON OVERVIEW• Clemson won the last two games of the Maine series, outscoring the Black Bears 28-6 in those two games.• The Tigers are averaging 10.3 runs per game and hitting .308 with a .439 slugging percentage, .444 on-base percentage and five steals.• The pitching staff has a 3.00 ERA, .252 opponents’ batting average and 3.75 strikeout-to-walk ratio and Clemson is fielding .982.

JAMES MADISON OVERVIEW• James Madison is led by first-year head coach Marlin Ikenberry.• The Dukes split their four-game series versus Bucknell last weekend. They are hitting .220 and have a 4.86 ERA and .970 fielding percentage.• Kyle McPherson is hitting .333 with a homer, three RBIs, while Ky Parrott has a team-high four of the team’s 13 steals.

QUICK HITS• In 11.2 innings pitched by Clemson’s bullpen against Maine, it allowed just six hits, one run and four walks with 15 strikeouts.• Clemson is on pace to total 168 hit-by-pitches this regular season. The previous four years, the Tigers combined for 162 hit-by-pitches.• Fifteen of the 16 Tigers who made a plate appearance in the Maine series had at hit. The other reached via a walk in two plate appearances.

ATTENDANCE• Clemson is averaging 4,895 fans per home date (3), ninth-highest figure in the nation and first in the ACC (through games of February 22).• Clemson has had a top-20 national figure in average attendance 22 straight seasons and a top-10 figure 14 years in a row.

WILSON MAKING MOVES• Junior Weston Wilson played all of his first two seasons at Clemson at third base, but has made the move to second base.• He is hitting a team-high .545 with a .571 on-base percentage, one double, two RBIs and four runs in three games.• He has six putouts and eight assists without committing an error in 2016 after struggling defensively at third base in 2015.• In his career, he is hitting .256 with 15 doubles, one triple, seven homers, 51 RBIs, 49 runs and 10 steals in 115 games.