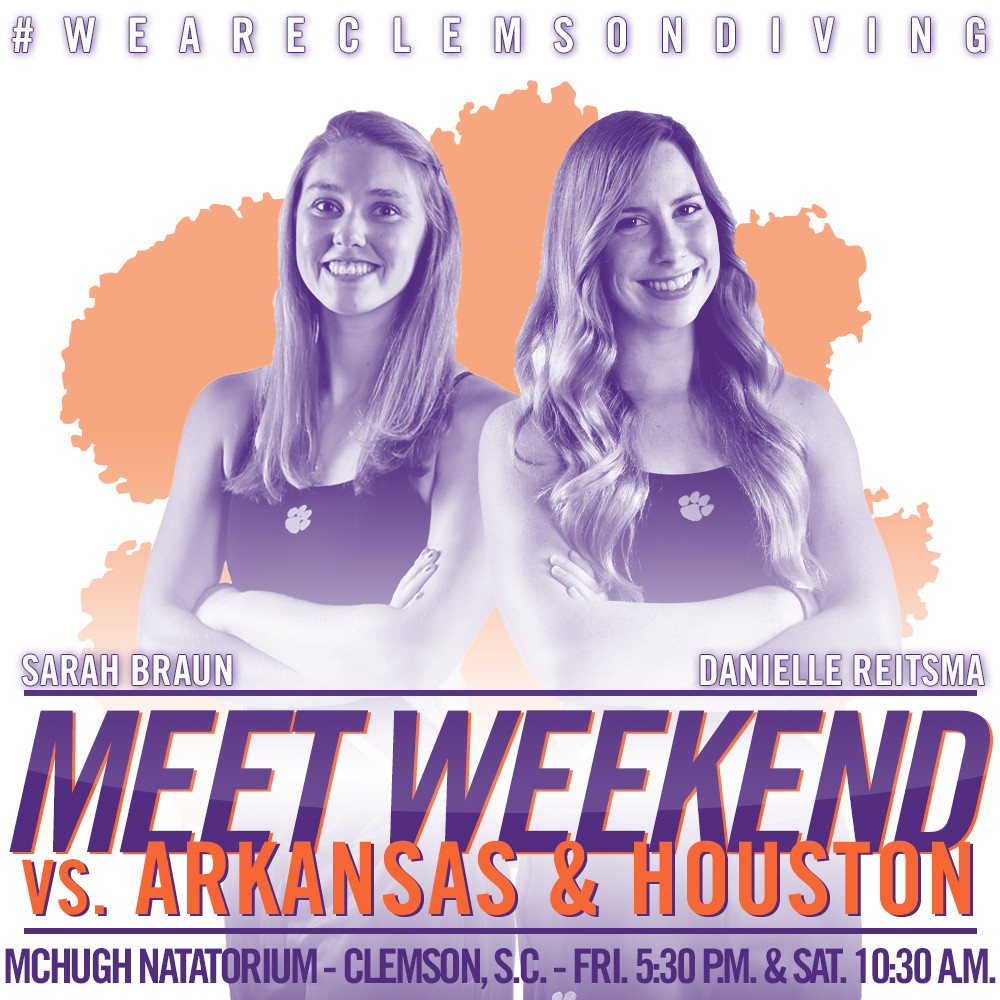 CLEMSON, S.C. – The Clemson diving team will host Arkansas and Houston in its final home meet of the season on Friday and Saturday. Competition begins on Friday at 5:30 p.m. with the one-meter and platform and continues on Saturday at 10:30 a.m. with the three-meter. Prior to Saturday’s event, the team will honor its two seniors, Sarah Braun and Danielle Reitsma, two divers that hold many of Clemson’s top-10 record scores in each of the three events.

Houston dominated the University of the Incarnate Word in their last meet on Jan. 11. Cougar divers took the top three spots in both the one- and three-meter, and Micaela Bouter is undefeated in the former this season. Bouter also claimed first on the three-meter, and Lauren Burrell and Katleyn Abernathy took second and third, respectively, in both events.

The Arkansas swimming and diving team has won 24 consecutive non-conference meets, the most recent of which happened on Jan. 7 at the University of Illinois. Molly Harvie and Nicole Gillis took first and second in both the one- and three-meter, and Gillis’ 267.98 on the one-meter marked her 11th Zone score of the season.