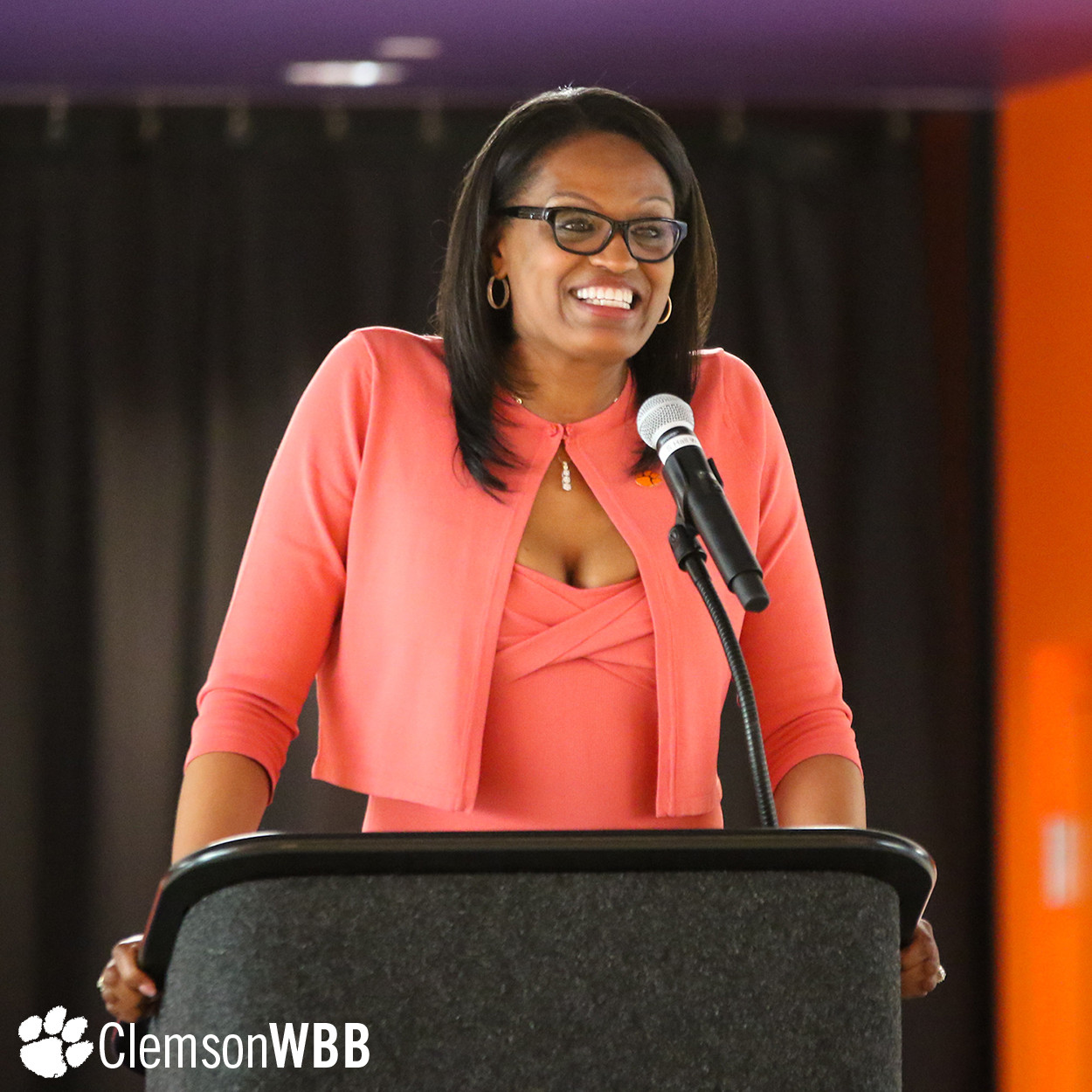 CLEMSON, S.C. – The Clemson women’s basketball team held its annual awards banquet on Thursday, April 13 in the Burton Gallery at Littlejohn Coliseum. The Tiger players, staff, support staff, members of the Orange Brigade, as well as families and friends of the program joined together to celebrate the 2016-17 season.

There was much to celebrate for Head Coach Audra Smith and the Tigers, as the program showed dramatic improvements in 2016-17, including finishing the year with 15 wins, 11 more than a season ago, and for the first time since the 2003-04 season. The team’s 11-2 nonconference record was also a program best since 2003-04, with the only two nonconference losses coming to South Carolina, the 2017 National Champion, and Oregon, who advance to the Elite Eight last month.

Clemson also had its first ACC All-Freshman Team selection, in rookie post Kobi Thornton, since 2012. The best news for the Tigers is that the team had no seniors this past season, therefore the future is extremely bright, with all 14 players on the roster returning for 2017-18.

The complete list of 2016-17 award winners is as follows: