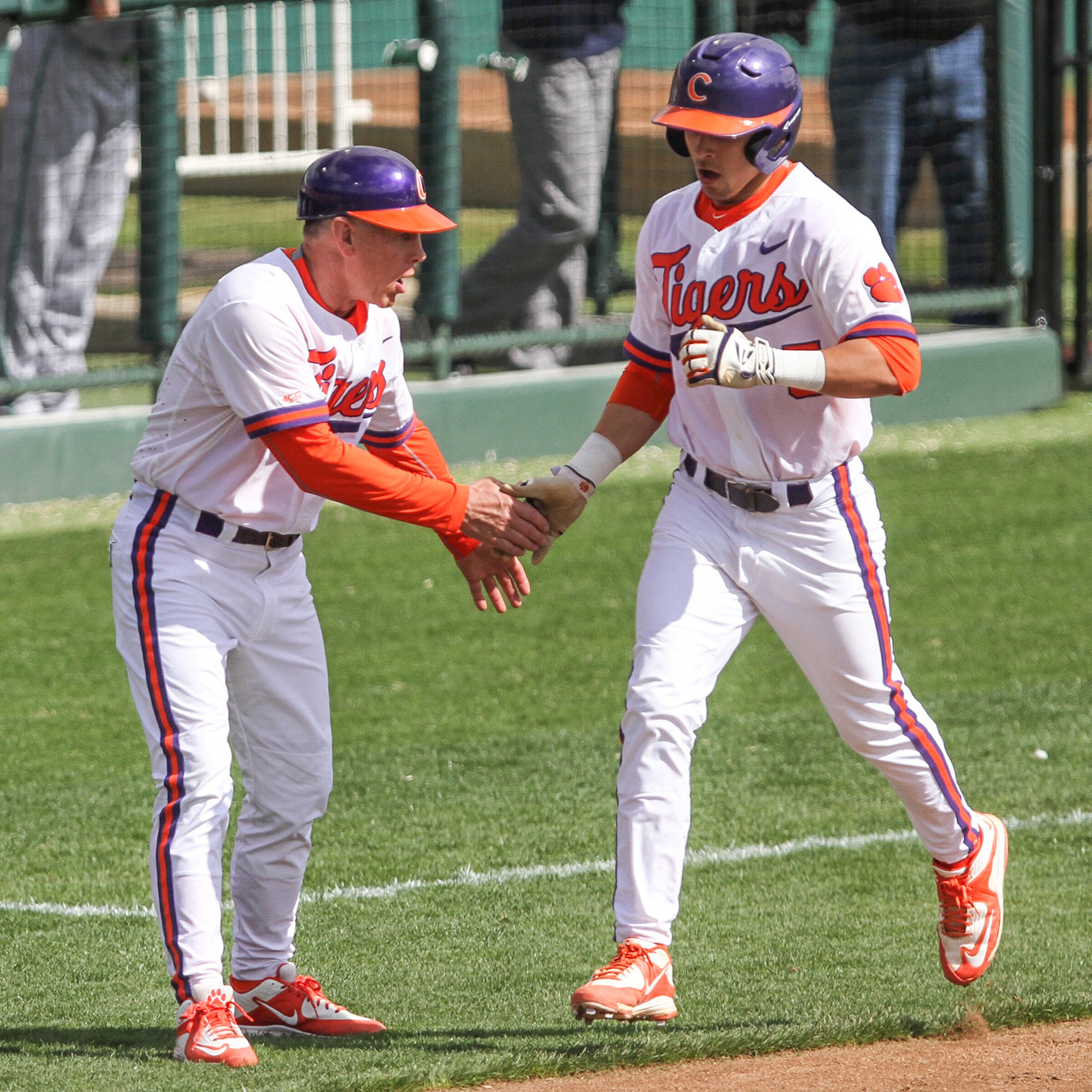 The Tigers travel to Conway, S.C. for the first time since 1994 to face Coastal Carolina on Tuesday evening.

CLEMSON OVERVIEW• Notre Dame defeated Clemson twice in three games at Doug Kingsmore Stadium last weekend.• The Tigers are averaging 5.4 runs per game and hitting .289 with a .371 on-base percentage and 17 steals.• The pitching staff has a 3.75 ERA, .247 opponents’ batting average and 2.69 strikeout-to-walk ratio and Clemson is fielding .959.

COASTAL CAROLINA OVERVIEW• Coastal Carolina is led by 20th-year Head Coach Gary Gilmore.• The Chanticleers have won four games in a row. They are hitting .254 and have a 4.09 ERA and .967 fielding percentage.• Anthony Marks is hitting a team-high .338 with five doubles, one triple, 10 RBIs and a team-high eight stolen bases.

QUICK HITS• Clemson is 9-1 when it outhits its opponents.• Eight Tigers have come off the bench in the field, and those eight have combined to go 9-for-25 (.360) off the bench.• Steven Duggar and Tyler Krieger have both reached base in 20 straight games, which includes the last two games of the 2014 season.

WHITE ADDING AVERAGE• Sophomore infielder Eli White has been the starting shortstop all year thanks in part to his strong arm, but he is also solid at the plate.• He is batting .303, third-best on the team, with four doubles, one triple and three steals in 18 games.• He is hitting .333 with runners on base and .400 with runners in scoring position.• He has hit safely in 14 of the last 17 games.