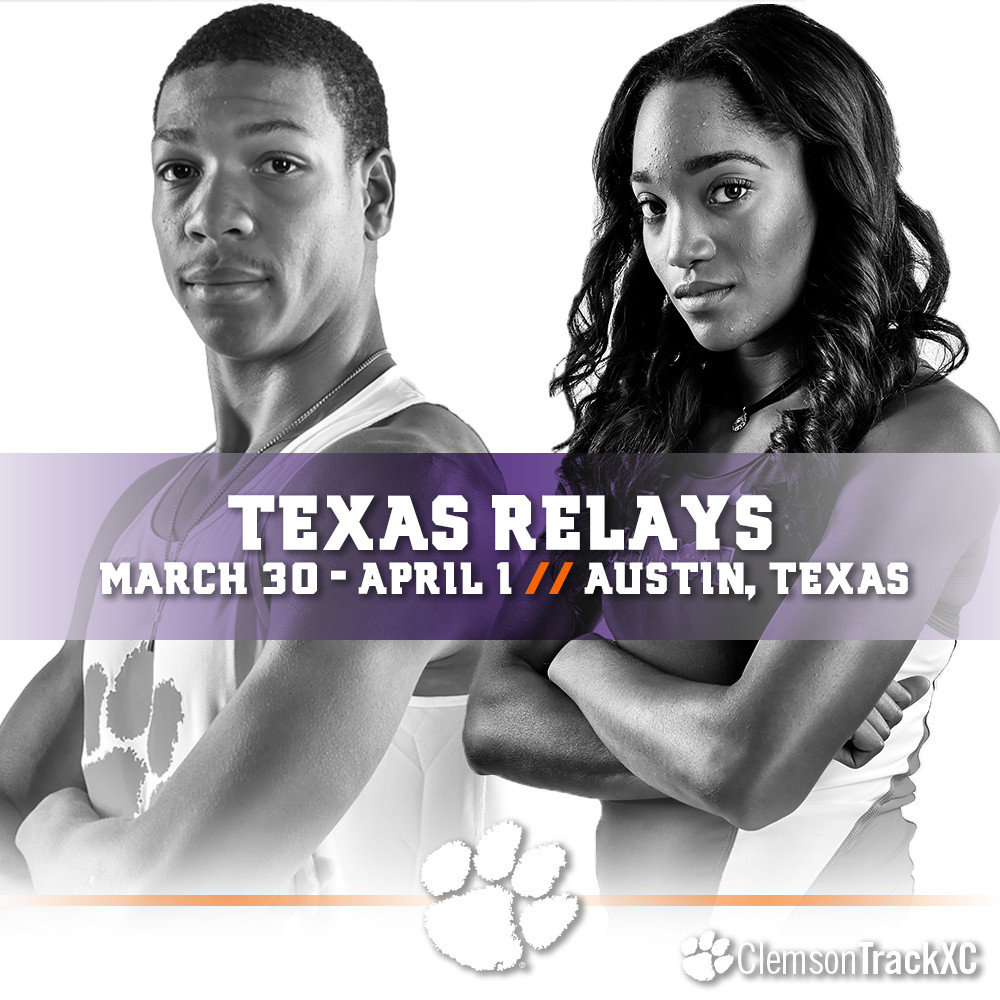 CLEMSON, S.C. — The men’s and women’s track & field teams have traveled to Austin, Texas to take part in the 90th Clyde Littlefield Texas Relays. The meet is set for Thursday through Saturday at Mike A. Myers Stadium on the University of Texas campus.

The action gets underway Thursday with the men’s and women’s 400 hurdles, featuring five Tiger athletes. Deron Gordon opened his season a week ago in the event, running a time of 52.65 At the Hurricane Invitational in Coral Gables, Fla. Also on Thursday, two-time javelin winner this outdoor season, Dylan Ahrens, is scheduled for the B flight of the event.

Clemson saw the bulk of its athletes open the 2017 outdoor season last weekend in Florida. Included among them was sophomore middle distance standout Ersula Farrow, who was named ACC Women’s Track Co-Performer of the Week after opening her season with a national-leading time of 2:06.16 in the 800 meters.

Live results are available at TexasSports.com. The Longhorn Network (LHN) will televise portions of each day of competition, while the event will be web streamed by ESPN3 and the WatchESPN app as well to LHN subscribers.