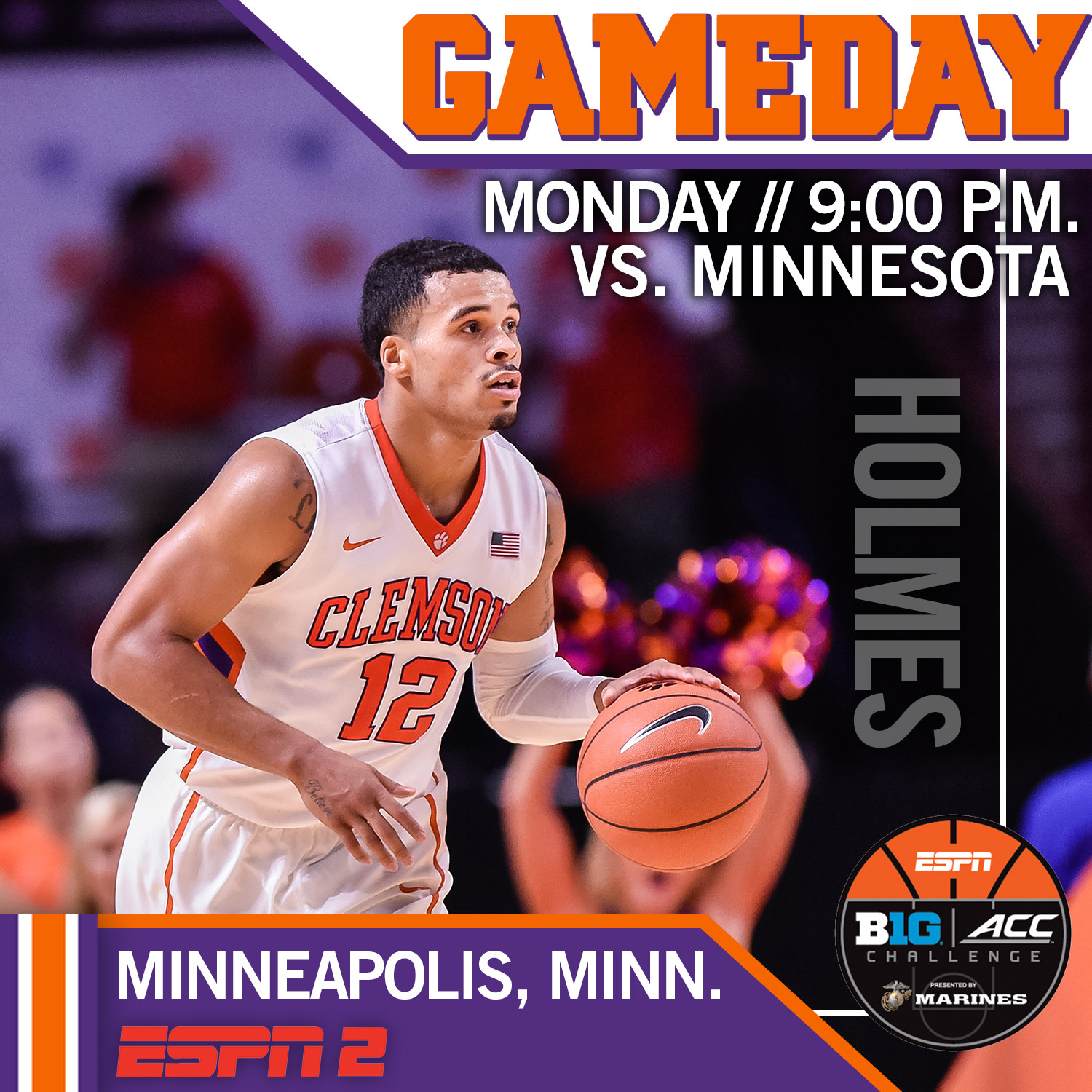 • Clemson bounced back from its first defeat of the season with a convincing 76-58 triumph over Rutgers in the consolation final of the Men Who Speak Up Main Event in Las Vegas, Nev.

• The Tigers travel to Minneapolis for the third time, the second time as part of the Big Ten/ACC Challenge. Clemson won its first challenge game against the Golden Gophers in Williams Arena, 90-68, in 2006.

• Clemson holds an all-time record of 9-6 in the challenge.

Streak: Clemson won the most recent meeting in 2006-07

• Clemson is in search of its first win in the Big Ten/ACC Challenge since 2011, when Brad Brownell’s second team won at Iowa.

• Five of the program’s nine wins in the challenge have come on the road.

• Monday’s game will mark the first time in Clemson history that the Tigers have faced Big Ten schools in consecutive games.

• This will be Clemson’s first game against Golden Gophers coach Richard Pitino, but the Tigers have faced his father Rick at his two most recent college stops, Kentucky and Louisville.

• The Tigers shot 51 percent in the win over the Scarlet Knights, and were led by Jaron Blossomgame and Donte Grantham, with 22 points apiece. Both have had two games with at least 20 points so far this season.

• Jordan Roper leads the NCAA with an assist-to-turnover ratio of 20-to-1.

• Landry Nnoko leads the ACC with 3.0 blocks per game, amassing 15 so far this season. He ranks ninth in Clemson history with 156 over his career