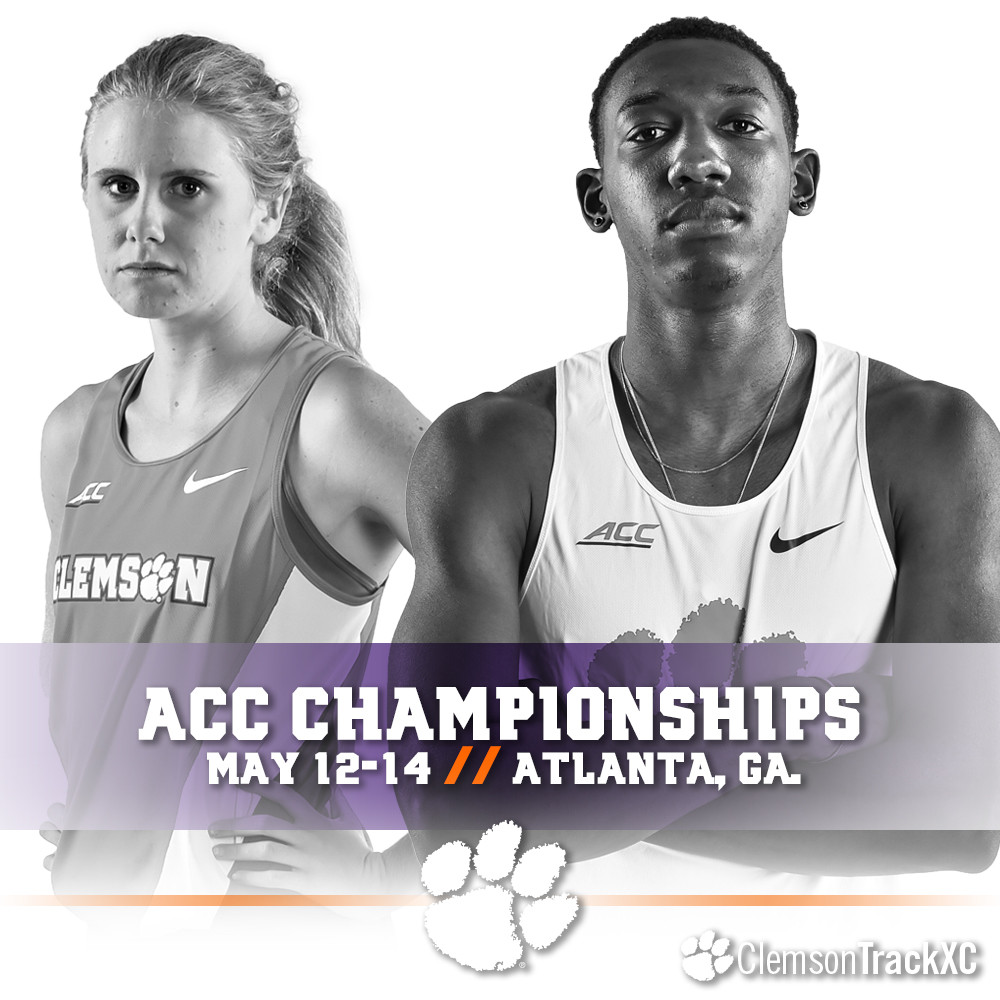 CLEMSON, S.C. — The men’s and women’s track & field programs will make the short trip down I-85 to Atlanta, Ga., to compete Friday through Sunday in the ACC Outdoor Championships. The action gets underway at George C. Griffin Track with field events at 11 a.m. Friday. Track prelims begin shortly after 6 p.m. The meet concludes Sunday after the running of the men’s 4×400 relay at approximately 8:40 p.m.

Eleven members of the program are scheduled to graduate Thursday and Friday in Clemson, and compete for hardware over the weekend. Included among them are several impact performers, including women’s triple jump favorite Iana Amsterdam. She won the indoor ACC crown in February and is looking for a second sweep in the last three years. Amsterdam leapt a personal best 44-10.75 at Texas Relays, the nation’s No. 4 mark this season. The triple jump, featuring Amsterdam and fellow graduate Anasterasia Terrell, is set for Sunday at 2 p.m.

Short sprinters Sabria Hadley and Ranee Ricketts are also among the graduates, and part of a strong nucleus for the Tiger women’s team. Clemson has five entries in the 100 dash, expected to be a strong event for the team. The prelims are set for 7 p.m. Saturday, with the finals on Sunday.

Clemson’s men produced three event champions at the indoor meet in February. The Tigers swept the podium in the 400 dash and look to do so again this weekend behind the strength of Jeffrey Green, Michael Cheeks and Cordell Lamb. The Tigers are also the No. 1 seed in the 4×400 relay. Chris McBride is among the favorites in the men’s long jump after breaking the Clemson outdoor record in the event with a leap of 25-11 earlier this spring.

The ACC Network Extra will live stream all three days of competition. Friday coverage begins at 6 p.m., followed by 5:30 on Saturday and 5 on Sunday. Live results will be available at FlashResults.com.