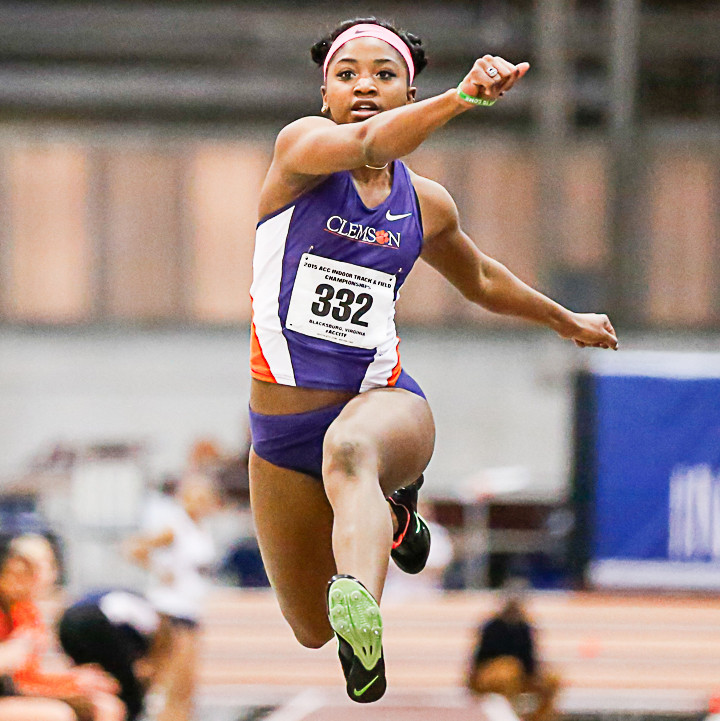 CLEMSON, S.C. — Nine members of the Clemson track & field program have traveled to Fayetteville, Ark., to compete at the NCAA Indoor Championships. Tevin Hester and Shai Carpenter are representing the Tiger men’s team, while four individuals plus the 4×400 relay pool look to compete for hardware for the No. 16 ranked women’s program.

• Clemson returns to action after the women’s team won the 2015 ACC Indoor crown, and the men took fifth in a much-improved conference championship performance.

• The women enter the championship meet ranked No. 15 in the nation and have been in the top 25 of every USTFCCCA poll this indoor season.

• Hester qualified in both short sprints for the men’s program, while four individuals and the 4×400 relay qualified on the women’s side.

• Carpenter was a late addition to the field in the men’s triple jump, his first NCAA qualification.