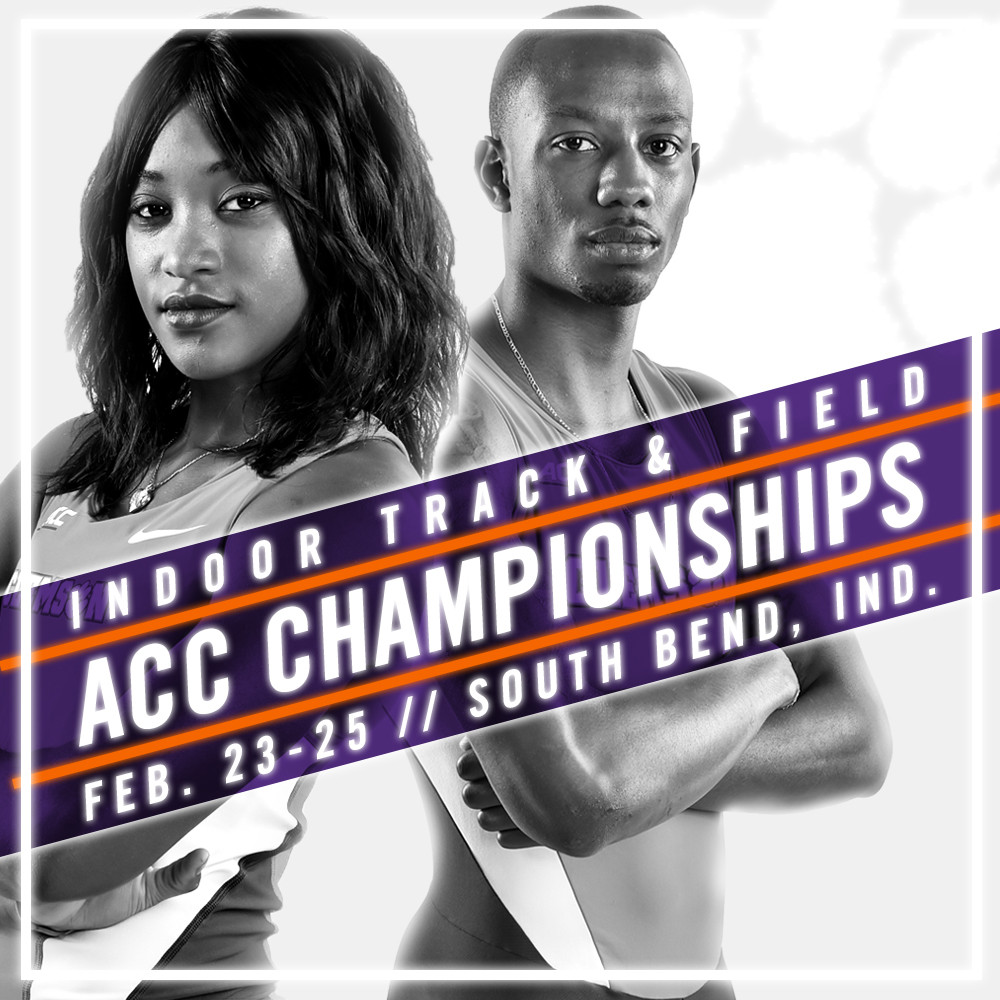 CLEMSON, S.C. — The track & field teams are headed to South Bend, Ind., to compete in the 2017 ACC Indoor Championships, held Thursday through Saturday at Notre Dame’s Loftus Sports Center. Clemson saw both its men and women record runner-up finishes at the ACC Indoor meet a year ago, and both hope to improve by one position in the team standings this weekend.

The action gets underway for the Tigers on Thursday with the women’s distance medley relay set to defend its gold medal from a year ago. The Tigers feature a strong anchor in the form of Grace Barnett, who ranks sixth nationally in the mile after breaking her own Clemson record in the event last week. Barnett will run the mile prelims Friday, and is in search of her first individual ACC title.

The running prelims take place Friday. Clemson sprinters make up five of the top eight seeded women in the 60 meters, led by Torie Robinson atop the performance list with a season-best 7.27. The 200, 400 and 800 are also events to keep an eye on. Clemson swept the podium a year ago in the men’s 400, with Jeffrey Green collecting the gold medal. Green has also led the Tigers to consecutive ACC crowns in the men’s 4×400 relay. The 800 could be a fruitful event, with Ersula Farrow owning the ACC’s No. 2 women’s time and three men ranking among the top five seeds heading into Friday.

Chris McBride, who has consistently been Clemson’s top performer in the field events, is slated for the men’s long jump at 4:30 p.m. Friday. McBride broke the school record that had stood for over 10 years and owns a season-best 25-6.75, tops among all ACC competitors. Also in the field, Iana Amsterdam and Anasterasia Terrell compete Saturday in the triple jump. The duo has combined for three career indoor All-ACC honors, and Amsterdam is No. 1 on the conference performance chart this season.

Live results are available at FlashResults.com. The action will be streamed online by the ACC Network Extra, beginning at 3:30 p.m. Friday and 12:30 p.m. on Saturday.