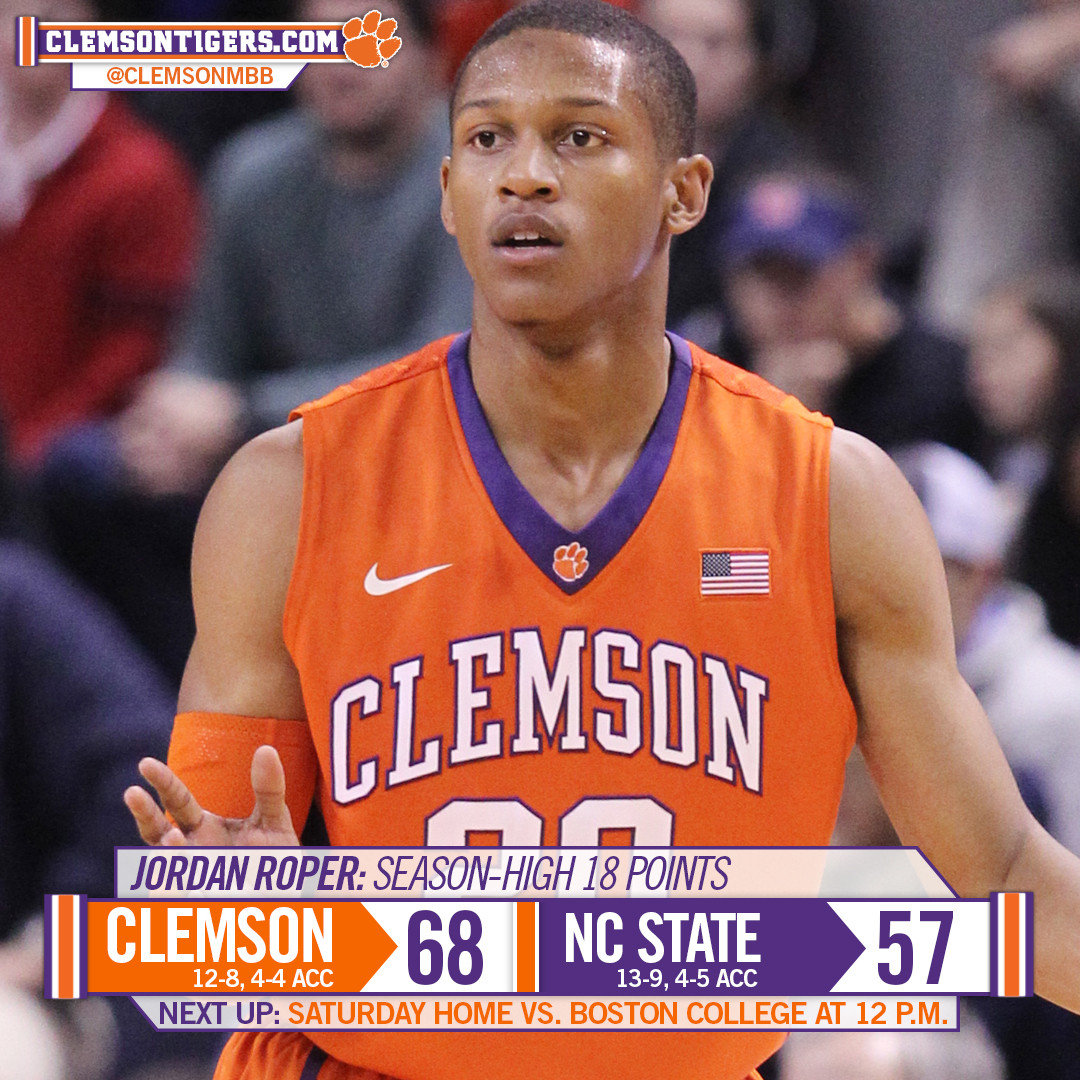 Jordan Roper led the way with a game-high 18 points on 5-of-11 shooting and 5-of-6 at the free throw line. Rod Hall added 11, all in the opening half, while Landry Nnoko contributed 10 in only 15 minutes. Jaron Blossomgame had 12 rebounds to lead Clemson’s efforts on the glass.

The opening half performance was fueled by a 14-0 stretch that expanded into the 25-2 run. Clemson’s defense was largely the culprit, forcing seven Wolfpack turnovers and limiting State to 23 percent shooting. Hall scored 11 points in the frame, including a pair of triples in transition. Clemson was 5-for-10 from long distance in the opening half of play, and seven different players accounted for the 36 points. State made just three field goals after opening a 6-2 lead at the start.

Clemson saw its lead cut to three at 47-44 on a monstrous run by NC State, but the Tigers rallied back with six straight points on baskets by Blossomgame, Donte Grantham and Damarcus Harrison. The Tigers turned the ball over 10 times in the half against State’s pressure. Clemson pulled away late after forcing several NC State misses. Harrison punctuated the victory with a dunk inside the final 30 seconds.

The Tigers return home to take on Boston College on Saturday, Jan. 31 at noon. It will be alumni reunion weekend in Clemson, where the 1979-80 and 1989-90 teams will be honored for their Elite Eight and ACC regular season championship accomplishments, respectively. The game will be televised by the Regional Sports Network.